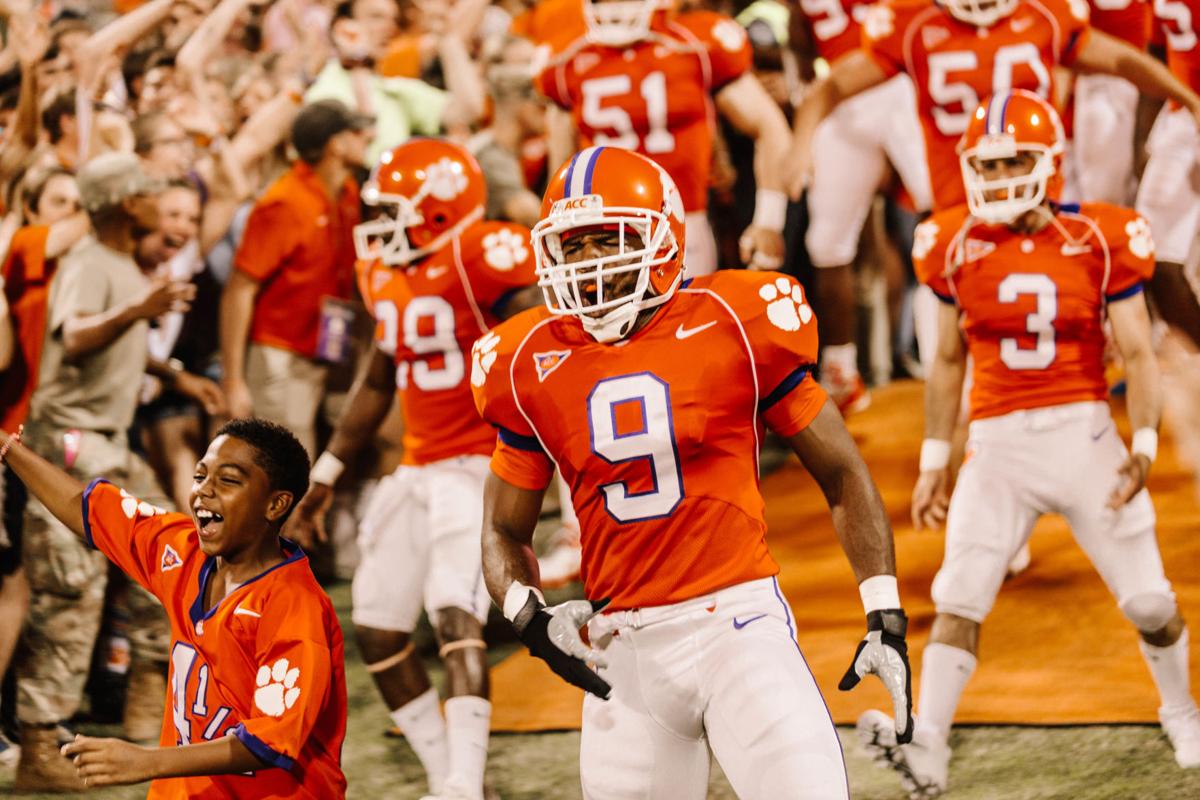 It’s fair to say that of all of the things in this world that I know nothing about, football will always remain at the top of the list. I’ve literally never watched a game in my life, and I haven’t even tried to since I was about 10 years old. I find it to be boring and, frankly, bizarre to the point of being almost comical. But I can still enjoy a football-based movie if it has a good story. Remember the Titans and The Blind Side were both rousing and uplifting films that were about more than just a game. And Safety, the new Disney+ family drama, is definitely aiming to be mentioned alongside those movies, and even includes an actor (Tom Nowicki) who appeared in both of them.

The film focuses on Ray McElrathbey (Jay Reeves, KC Undercover, The Tax Collector), known as “Ray Ray,” who is entering his first year of higher learning at Clemson University. He’s received a football scholarship for playing the position of safety, which is of course a position on a football team that is tasked with doing … some sort of thing.

But when Ray Ray’s drug-addicted mother is arrested for possession, it leaves his 11-year-old brother Fahmarr (Thaddeus J. Mixson) with the options of going into foster care or finding a relative to take him in, and there aren’t a lot of options when it comes to relatives. Ray Ray volunteers to be his brother’s guardian, sneaking him into his dorm and working like mad to keep it a secret while still taking care of him and somehow keeping them both in school. When their mother is put into an extended rehab program, though, the very temporary arrangement becomes much more long term, and Ray Ray is faced with some tough choices.

Safety is a terrific and dramatic story about the bond of brotherhood and family that was crying out to be made into a movie, though it had plenty of potential to be a better one. Director Reginald Hudlin (Boomerang, Marshall) is too content to treat Safety like a television movie from the ’90s with very little innovation or cinematic voice. It’s entertaining enough, and it brought back fond memories of watching The Disney Sunday Movie each week with my family, and that’s certainly a strong enough argument for watching it. But it has such a compelling storyline that it’s hard to understand why they didn’t aim a bit higher with it.

The cast is likable, especially Reeves and Mixson, though when I saw that one of my personal favorites, James Badge Dale, was in it, I got quite excited to see what he’d bring to the film. He brings his strong presence, but his assistant coach character isn’t given much to do. Corinne Foxx as Ray Ray’s girlfriend, Kaycee, is treated worse, getting plenty of screen time but never developed beyond the point of being a completely generic “girlfriend” character. Amanda Warren (The Leftovers, Three Billboards Outside Ebbing, Missouri) is good as Mrs. Ray McElrathbey, but again, it’s a woefully underwritten character. While Hudlin and his screenwriters are right to commit to the idea that this story is about the brothers, her situation could have been more deeply explored without sacrificing a sense of focus.

Still, Safety scores enough points by just being what it is to be an enjoyable movie for family viewing. It’s a satisfying night of television that goes this distance without fumbling—okay, I know a tiny bit—but it could have been more. It’s a movie that knows its audience and should do well enough, but it’s not exactly a centerpiece attraction that’s going to bring in any new Disney+ viewers. It raises the question as to whether the presence of premieres like Mulan or Soul will increase the pressure to make all of the streaming giant’s original movies to feel more like slick theatrical releases that measure up to the better offerings from the increasingly imposing brand name. –Patrick Gibbs