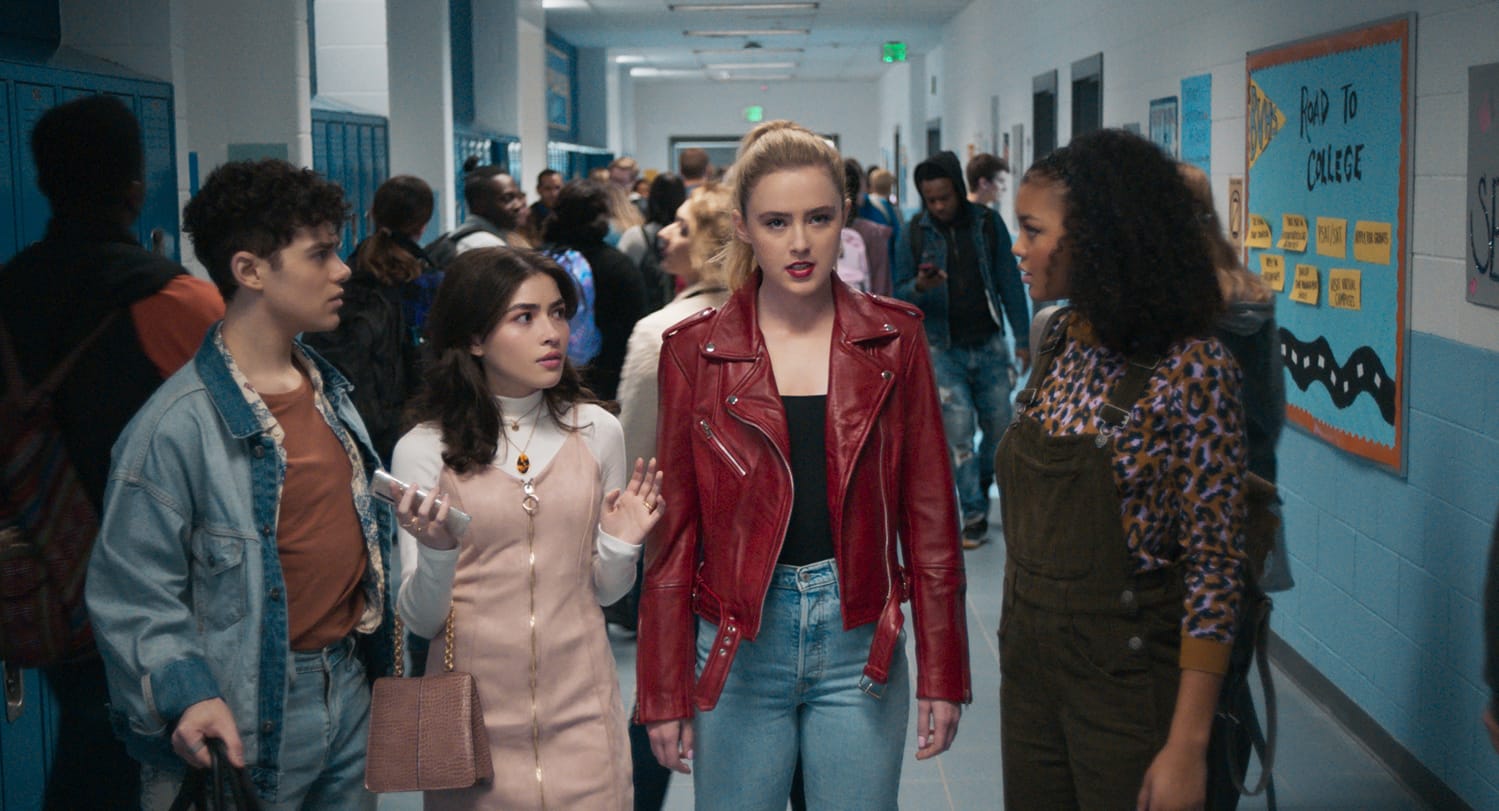 The process of picking the right title for a movie can go a number of different ways, but it’s very rare that a movie that’s any good comes about by starting off with a clever title and going from there. Blumhouse ‘s new horror comedy, Freaky, was clearly inspired by mixing titles, coming up with Freaky Friday the 13th and then shortening it for multiple reasons, including copyright infringement. That’s great for a comedy sketch, but can it possibly work for a feature film?

The answer is yes. And no.

Seventeen-year-old Millie Kessler (Kathryn Newton, Blockers, Big Little Lies) is a senior at Blissfield High, where she’s a misfit and a regular target for bullying cruelty by the in crowd. But things go from bad to worse one night when Millie has an encounter outside the school with the legendary Blissfield Butcher (Vince Vaughn), the town’s infamous serial killer. The Butcher chases her down, wielding an ancient and mystical dagger which causes the two to wake up in each other’s bodies.

Millie learns that she has just 24 hours to get her own body back before the switch becomes permanent and she’s trapped in the form of a middle-aged maniac forever. The only problem is she now looks like a towering psychopath who’s the target of a city-wide manhunt, while The Butcher looks like her and has decided to make carnage out of his date for Homecoming.

Writer-Director Christopher Landon, who gave us the Happy Death Day series (which was basically Groundhog Day as a teen horror film), is certainly carving out—no pun intended—an interesting niche for himself, and Freaky is an entertaining twist on the genre, bolstered by a performance from Vince Vaughn that is ranks among the most memorable of his career. While, as a whole, Freaky revels in over-the-top outrageousness, Vaughn takes a grounded and surprisingly sensitive approach to playing a teen girl trapped in the body of a 6″5 man. He getts plenty of comedy out of the situation, but he puts top priority on embodying the character of Millie, and this approach allows for moments of surprising sweetness. It’s an undeniably impressive feat of acting from a fading star, and it could be a major comeback vehicle. Newton has a lot of fun as the wild and cartoonishly sadistic killer who brings a new attitude to Millie and skyrockets her popularity at the school, and I have to admit that I found many of the gruesome murder sequences, which which Landon wisely approaches with a gleeful sense of parody, to be quite amusing.

But Freaky isn’t a total bullseye. Landon and co-writer Michael Kennedy are at times too eager to go for lowbrow and crass, and even worse, they just don’t have much of a sense of how to end on a high note. The bits that reach their peak and keep going until they just barely cross over the point of working are staggeringly high in number. This is particularly unfortunate in the character relationship between Millie and her secret crush, Booker (Uriah Shelton, Enter the Warriors Gate). Shelton and Vaughn have a couple of truly wonderful scenes that are spoiled by pushing it about a minute past the point of credibility. There’s also some struggle to make a few of the supporting characters click. Josh, the gay BFF character played by Misha Osherovich (The Goldfinch) is all over the place, and no one can seem to decide whether they want to go in-your-face woke or in-your-face politically incorrect with the character.

The plot holes and other moments that just don’t make any sense pile up at roughly the same rate as the bodies, and if the movie wasn’t taking such an overtly satirical and silly approach, it would be unforgivable. As it is, they prevent Freaky from being the classic it could have been, but they don’t stop it from being a highly enjoyable and fiendishly subversive bit of fun.

Freaky is just fresh enough to click, and if you are a slasher movie fan or enjoying making fun of them, you’ll definitely want to check it out. It’s a shame that it falls short of its aspirations, but if you keep your expectations in check, you should have a good time. –Patrick Gibbs