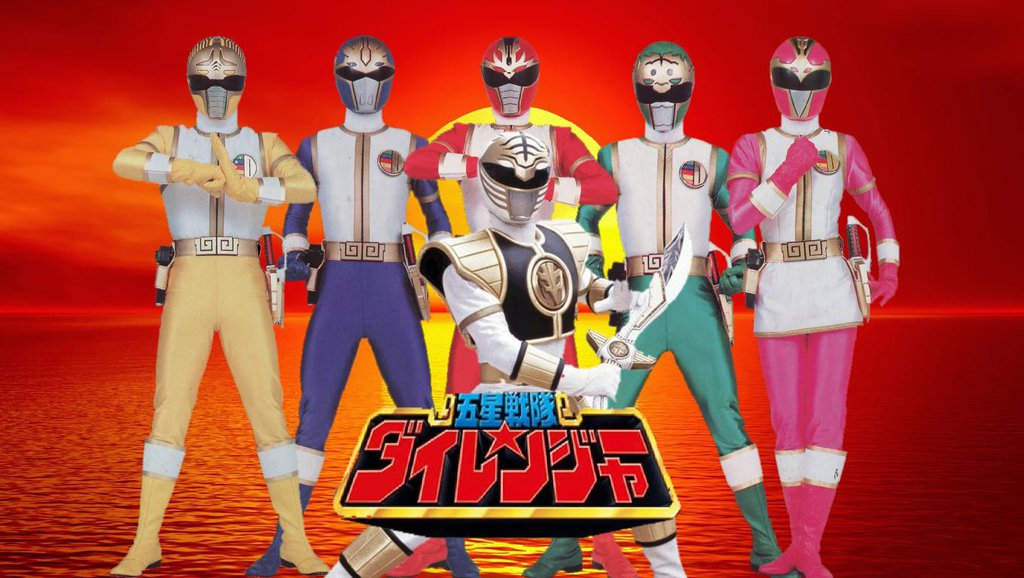 If you ask someone who grew up in the ’90s what Super Sentai is, odds are they’ll look incredibly confused until you clarify with “Power Rangers.” A staple of American television, the Power Rangers series was cobbled together from footage of Japanese children’s show Super Sentai—or, at any rate, its later seasons. Sentai had been putting out shows since the end of the ’70s and it wasn’t until 1993 that it was adapted for American television. Apparently an all-Asian superhero team wasn’t appealing enough, so they had to cut it down to the Yellow Ranger. The show’s first season made use of stock footage from Kyu Ryu Sentai Zyuranger, the sixteenth Sentai show, while the second season used pieces of Dairanger, the seventeenth Sentai, now available in one massive DVD collection.

Gosei Sentai Dairanger focuses on the conflict between the Dai Tribe and the Gorma Tribe, millennia-old enemies whose clashes span generations. The Dairangers are all descendants of the Dai tribe—naturally, though, most of them are unaware of their heritage until they’re scouted by Master Kaku to join the fight against the Gorma. Each of the six kids get their own motivation and backstories, all fleshed out in early episodes with lots of inspirational speeches from their Master. It works, but that’s not what we’re here for. We’re here for the action, and there’s plenty of it. Every episode brings with it some great fights, ranging from mystical showdowns to motorcycle chases to massive mecha battles. Things start off ridiculous, and then proceed to get even more ridiculous for the entire show. Villains with names like Baron String, Purse Monk, and Tofu Hermit keep our heroes occupied with ludicrous special techniques that often require one or all of the Dairangers to gain a new power of some sort. Good naturally triumphs over evil, and between the powers of Chi’i and friendship there’s not much that stands in the way of our spandex-clad protagonists.

If you grew up on costumed superhero shows, then it should come as no surprise to you that the source material is just as campy, if not moreso, than its adaptation. The fight scenes are like 70 percent posing and 30 percent actual fighting, the fashion sense of every single character is questionable (pretty sure the villains are just a club of misunderstood leather doms), and at least once per episode you’ll get a lengthy explanation of just what a character’s special attack is supposed to do. The cinematography makes heavy use of triple-cuts, sped up footage, and even the occasional rewind so we can see the same attack in reverse, then forward again. That said, it’s incredibly entertaining to watch. There’s nothing in the way of special features on the ten discs, but with 50 episodes of action, plus the introduction of the White Power Ranger (lord, that never sounds good out loud, does it?), there’s more than enough to occupy your time.

If you’re looking to scratch that old nostalgia itch with something that’s a little different, or if you really loved Power Rangers, be sure to give Dairanger a look. Another weird benefit of the show is that if you’re trying to learn Japanese, this is actually a surprisingly good place to work on your vocabulary recognition. All of the episodes are subtitled, and since it’s a kid’s show, you’ll be able to pick out bits and pieces of vocabulary with ease. So suit up, transform, get your Chi’i flowing and make sure you’ve got a black background with a couple of smoke machines so you can explain your special techniques, because it’s morphin’ time!