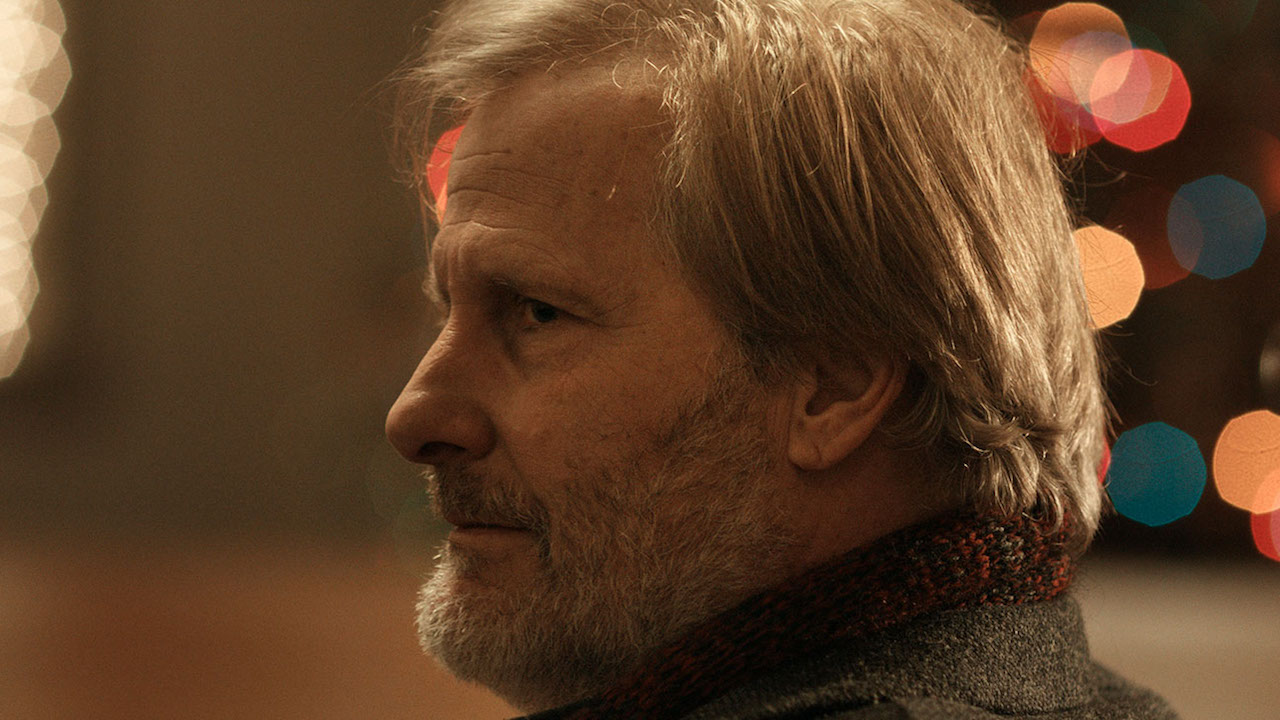 A recent article in the Salt Lake Tribune regarding a major local theatre company’s issues with COVID-19, and the subsequent uproar on Facebook over the article—there is always more drama off stage than on—made me seriously start pondering why our state legislature has never considered a bill to combat the “public health crisis” of theatre addiction here in Utah. I have personally had this monkey on my back off and on since my early teens, and my ’20s are still a blur of paint fumes and artificial fog that I can barely piece together.

It was with all of this on my mind that that I entered Jeff Daniels’ new film, Guest Artist. Daniels, whose prolific career has included my favorite Woody Allen film (Purple Rose of Cairo) as well as Speed, Arachnophobia and Dumb and Dumber, not only stars in Guest Artist, but also co-produced it and wrote the screenplay. The film is an adaptation of his original stage play, which is essentially a three-person one act about two men in very different stage of lives lived under the influence of the arts.

Joseph Harris (Daniels) is a disillusioned, Pulitzer Prize–winning playwright who travels to a small Michigan town where he is delivering his first new play in a very long time to a smallish theatre company that intends to produce it. Harris is greeted at the train station by Kenneth (newcomer Thomas Macias), who has been sent to pick him up. The young aspiring playwright is elated to meet his idol, but his excitement quickly turns to exasperation as the drunken and uncooperative artist abruptly decides to back out. As the night goes on, the ticket agent, Franz (Richard McWilliams), grows increasingly enraged by the two frequently arguing strangers who are loitering in his train station.

Daniels the actor is superb in his portrayal of the quintessential self-obsessed and self-pitying artist who serves as both his own biggest fan and loudest detractor, whose ego is matched only by his self loathing. The only thing that saves this character from being a painful cliche is the fact that he’s also quite true to life. Daniels the playwright has written some wonderful dialogue and touching character moments, and anyone who has ever worked on the stage will tell you that there is a Kenneth at every theatre. But Daniels the screenwriter and director Timothy Busfield, a veteran television actor best known for Thirtysomething, can’t quite commit to whether or not they are trying to open up the material for the screen or just let it stand as a play. The end result was  a bit too disjointed for me. I couldn’t help but feel that it surely worked better on the stage.

Guest Artist is a good film, if far from a great one. It’s an echo of its own protagonist: a mixture of heartfelt brilliance and pretentious neediness. The elements that work, however, outweigh those that don’t, and that’s enough to make it worth seeing, especially for those of us dealing with withdrawals because right now, the axiom that “the show must go on” just doesn’t ring true. –Patrick Gibbs