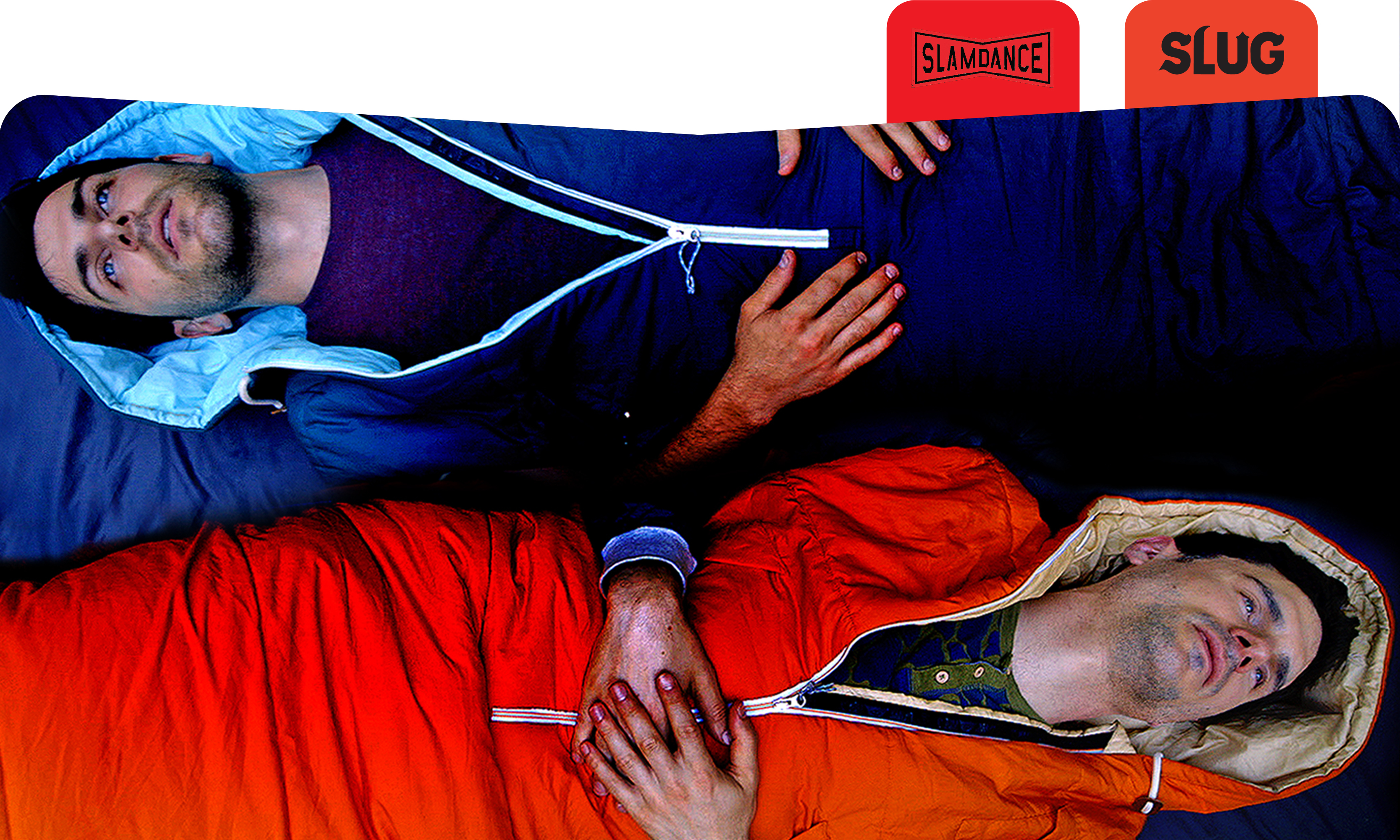 When former child actor David (David Giuntoli of Grimm, 13 Hours: The Secret Soldiers of Benghazi) is dumped by his fiancée, we find him jilted and depressed in a furniture-less apartment, shredding wedding invitations and drinking bottles of wedding rosé. Enter German actor/DJ/YouTube personality Flula Borg of Pitch Perfect 2 (more or less playing an irrepressibly gung-ho version of himself), who convinces David to continue on with his planned honeymoon, a seven-day backpacking trek through Oregon. On the way, the ex-groom and his ex–best man meet a conspiracy theorist concerned about GMO-pumped wolves and a group of campers who offer campfire sing-alongs and beer concentrate. Thanks to Flula, the pair also acquire bright orange T-shirts reading “HONIG KUMPEL,” German for “honey[moon] buddies.”

Throughout Honey Buddies, voice overlays of David reciting journal excerpts by William Clark (of the Lewis and Clark Expedition) intersperse stunning shots of the Oregon wild. Borg’s character runs parallel to Meriwether Lewis, who, Clark writes, dedicates himself to collecting and recording new specimens. Here, Flula, equipped with long yellow socks, a fanny pack and a boom mic, is equally determined as he collects nature sounds for his synthesizer, making note of a river, which runs in “perfect C-minor.” The film’s production and sound mixing is excellent, although Honey Buddies takes a few somewhat misguided liberties and manages to squeeze in a couple of out-of-place, dubstep’d montages of David and Flula partying. Flula’s earnest, goofball comedy style translates well to the plot’s premise and often carries the rest of the film, mostly manifesting itself through misunderstandings in conversation (like thinking that David is talking about Lois and Clark Kent, not Lewis and Clark) and misremembered colloquialisms (“Do bears poop in forests?”).

The resulting movie, a survey of David and Flula’s friendship, is good-natured and charming enough. Their amusing pranks and warm-hearted exchanges pepper the film, but despite the fact that the film was written by Giuntoli, Borg and director Alex Simmons—all of whom were former roommates—the characters’ interactions are neither particularly genuine nor convincing. Honey Buddies falls short in substance, lacking in what should be the film’s most affecting and transformative moments. There’s little character development, and what scant there is feels forced. For the most part, we’re never quite convinced that David is actually devastated by the breakup, and any self-realization or changes he undergoes during the outdoor trek feels one-dimensional. When tension is introduced into David and Flula’s friendship, it feels random and hasty, as though David’s accusations of Flula’s flaws—supposedly, that he never takes anything seriously—is enough to make it true.

On its own, the premise of Honey Buddies already encompasses many of our favorite movie tropes and clichés: a journey of self-discovery, by way of the great outdoors; a messy breakup that eventually exposes ourselves to our flaws; an unpretentious storyline that carries serious undertones; the wacky yet well-intentioned best friend. While these tropes can certainly make for an excellently entertaining film—and they frequently do—Honey Buddies misses its mark because it leaves us questioning its sincerity.