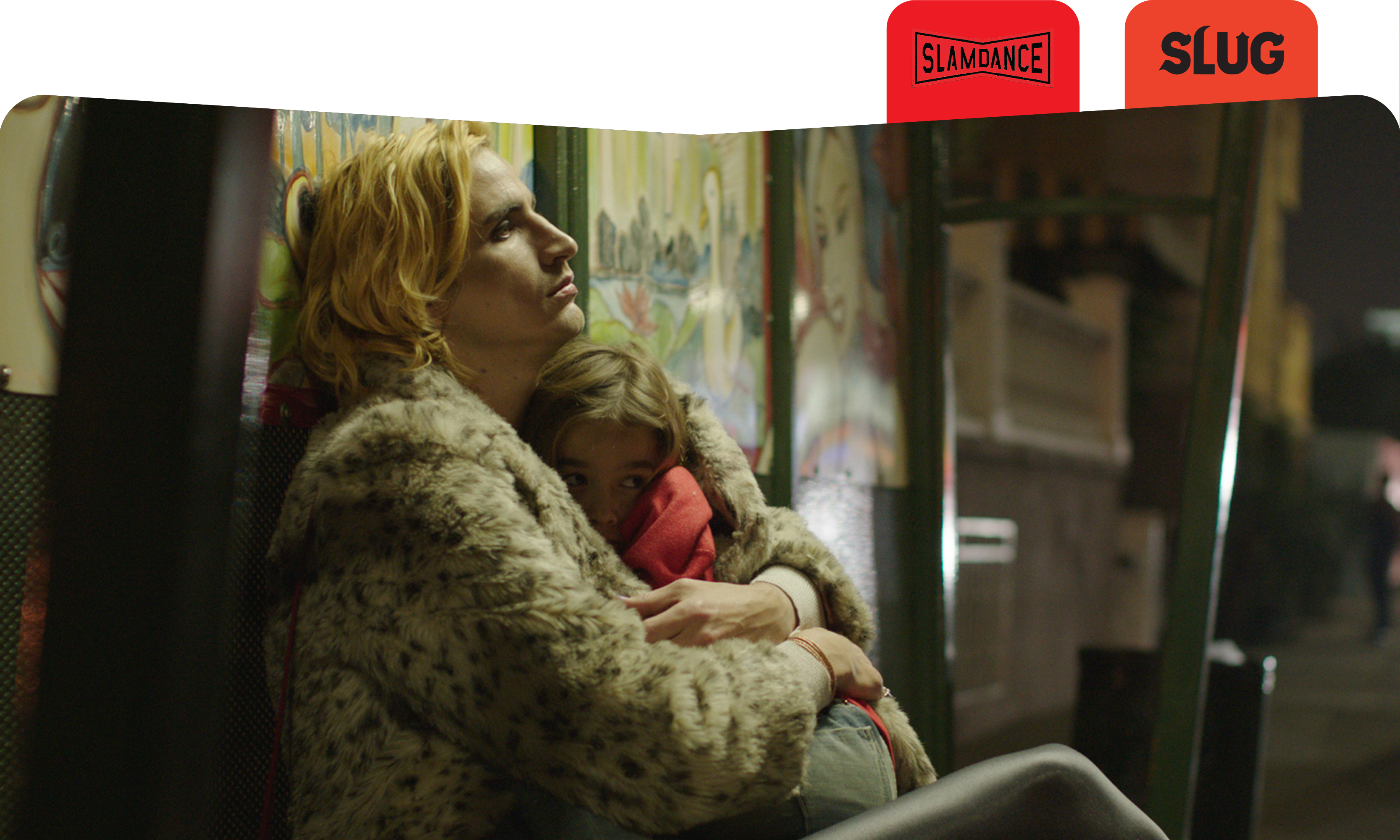 Director and co-writer Michael Curtis Johnson’s Hunky Dory is as striking and beguiling as is the film’s protagonist, Sidney, a “glam rock dilettante” who, after the seeming disappearance of his ex, finds himself taking care of his loving 11-year-old son, Georgie. The ensuing film takes place over four days and can be described exactly the same way music critic Stephen Thomas Erlewine described David Bowie’s 1971 album of the same name: “a sweeping, cinematic mélange of high and low art, ambiguous sexuality, kitsch, and class.”

Played excellently by co-writer Tomas Pais, Sidney sports chipped multicolored nails, a worn-out leopard-print jacket and bright yellow hair, evocative of the look Bowie touts on the cover of his Hunky Dory album. Sidney spends most of his down-and-out existence performing late-night drag at a dive bar, drinking and smoking, fending off unwanted advances from strange men and paying visits to a surprisingly vast array of folks around town—friends, retired drag queens, sugar mamas and daddies—asking for money. Hunky Dory is quick to emphasize that the only aspect of Sidney’s life in which he truly succeeds is as a doting father to Georgie, played earnestly by Edouard Holdener. Together, father and son quickly charm their way into viewers’ hearts as they shop for groceries together, play pretend baseball, attend a hardcore show and recite life mottos. (“Where do we always look?” “Up at the stars and never down at our feet.”)

Sidney’s recklessness in his own life soon catches up to him, however. He finds himself unable to afford a new dress or sex with the beautiful but jaded Bunny (Nora Rothman), offers sexual favors to objectionable partners for money, and steals pills from his sick friend, the charitable and bombastic Diomedes (Chad Borden). As Sidney realizes that his ex might never return for Georgie, he grows increasingly panicked, knowing and fearing that he and his lifestyle might be unfit for permanently taking care of his son. While already compelling and entertaining, Hunky Dory becomes all the more engrossing and poignant when Sidney is finally forced, out of love and concern for his son’s well being, to confront and reconcile his identity, mortality and way of life.

Exquisitely filmed by cinematographer Magela Crosignani, Hunky Dory is as visually enthralling as are its energetic storyline and suggestive dialogue, which veers from funny to morbid to tender. Through each refreshing character, the film deftly navigates and evokes the many, many definitive forces that drive us: the carnal and sensuous, the transitory and the conclusive, the hopes-turned-delusions of grandeur, the enduring relationships that we sometimes take for granted but that always catch us when we fall. Sure to be one of this year’s must-see Slamdance gems, Hunky Dory is an opulent, gender-bending and audacious feat.