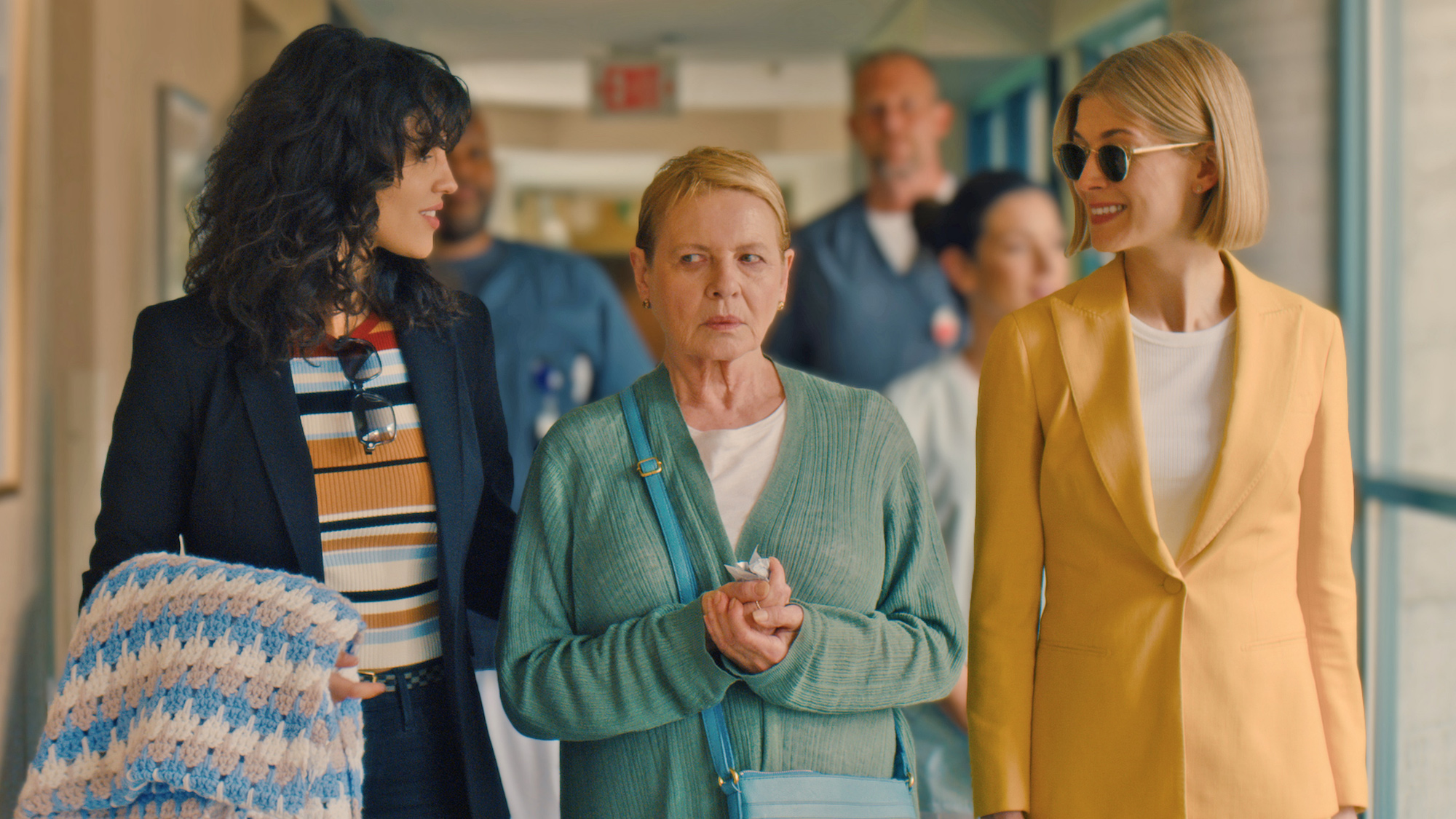 Film Review: I Care A Lot

As a general rule, I struggle with movies where there are no likable major characters and no one I should be rooting for. But apparently, the key to making that work is to cast Rosamund Pike. If she’s in the movie, even if her character is odious, I still care. In fact, I Care A Lot.

Pike stars as Marla Grayson, a slick, professional court-appointed guardian for dozens of elderly wards whose assets she seizes and cunningly bilks through dubious but entirely legal means. It’s a well-oiled racket that Marla and her business partner and lover, Fran (Eiza González, Baby Driver, Alita: Battle Angel) use with brutal efficiency on their latest “cherry,” Jennifer Peterson (two-time Academy Award–winner Dianne Wiest)—a wealthy retiree with no living heirs or family. But when their mark turns out to have a secret of her own, Marla is forced to level up in a game that’s neither fair nor square.

I Care A Lot is a darkly comic game of cat and mouse that may be the most entertaining caper movie since Ocean’s Eleven. Writer-director J Blakeson (The Disappearance of Alice Creed, The 5th Wave) has never really been on my radar before as a filmmaker of interest, but he certainly is now with this smart and subversive screenplay and direction that reveals an impeccable sense of timing in both comedy and suspense. What Marla does is so unconscionable that I went into the film with misgivings, but I Care A Lot is a clever satire on legality versus morality and the excuses we make to justify crushing others and placing the pursuit of money and power ahead of decency and moral responsibilities.

Pike—who was nominated for an Academy Award that I still struggle to understand how she didn’t win for her tour de force performance in Gone Girl—plays brilliantly devious better than anyone, and she makes Marla as interesting as she is loathsome. Wiest is one of my all-time favorites, and while she doesn’t get enough screen time, she really makes it count when she does. Peter Dinklage (Game of Thrones) is superb in the best film role he’s been given in a long time, though I refuse to give any details about his character, even if promotional materials are giving away more spoilers than I’m willing to share, because I care about you too much.

If there’s one minor complaint I have with I Care A Lot, it’s that I’m getting a bit tired of the way Hollywood overuses hot lesbians as their way of being inclusive to the LGBTQ+ community while having the added benefit of pandering to straight guys. The fact that these characters are both narcissists and sexy “bad girls” really makes my irritation that much stronger on this point. Although, thankfully, it’s not taken to Atomic Blonde extremes. Perhaps I’m overthinking this altogether, but someone needs to be thinking about it.

Still, I Care A Lot is a gleefully wicked ride that has remarkable chutzpah and deftly zigs every time you think it’s going to zag, and I had a blast with it. –Patrick Gibbs