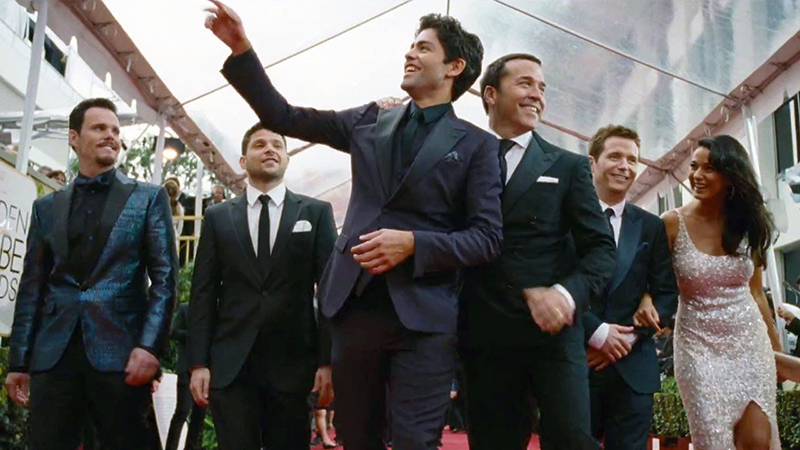 It’s been four years since Vinnie (Adrian Grenier), E (Kevin Connolly), Turtle (Jerry Ferrara), Drama (Kevin Dillon) and Ari (Jeremy Piven) left HBO and our lives, but, for some odd reason, it has been decided that the tale of this Hollywood gang hasn’t been completely wrapped up. If you’ve never seen an episode of Entourage, you have absolutely no business watching the movie adaptation. You will be utterly lost and uninterested. Essentially, the film plays out like an extended episode of the television show. Ari wants Vinnie to star in his studio’s latest movie, but Vinnie wants to direct. After Vinnie goes $20 million over budget, Ari must seek additional funding from a Texas oilman (Billy Bob Thornton) and his son (Haley Joel Osment). This may be easier said than done, however, when unwarranted creative differences on the production arise. The primary reason to watch the show was Piven’s maniacal outbursts and unforgettable tirades, and he continues to entertain in that respect. The franchise’s ultimate problem, which continues to this day, is that the viewers know without a doubt that everything will work out in the end. There’s no hint at any real danger. As a fan of the show that was ready for its departure four years ago, I sat in the theater with the question of “Why?” repeatedly running through my mind. To give director/creator Doug Ellin some credit, it certainly didn’t feel like that much time had passed, but, when the cameos start to outshine the cast (I’m looking at you, Ronda Rousey), one may need to recalculate the situation and wonder if it’s time for Vinnie and the crew to go back to mom’s house for good. –Jimmy Martin