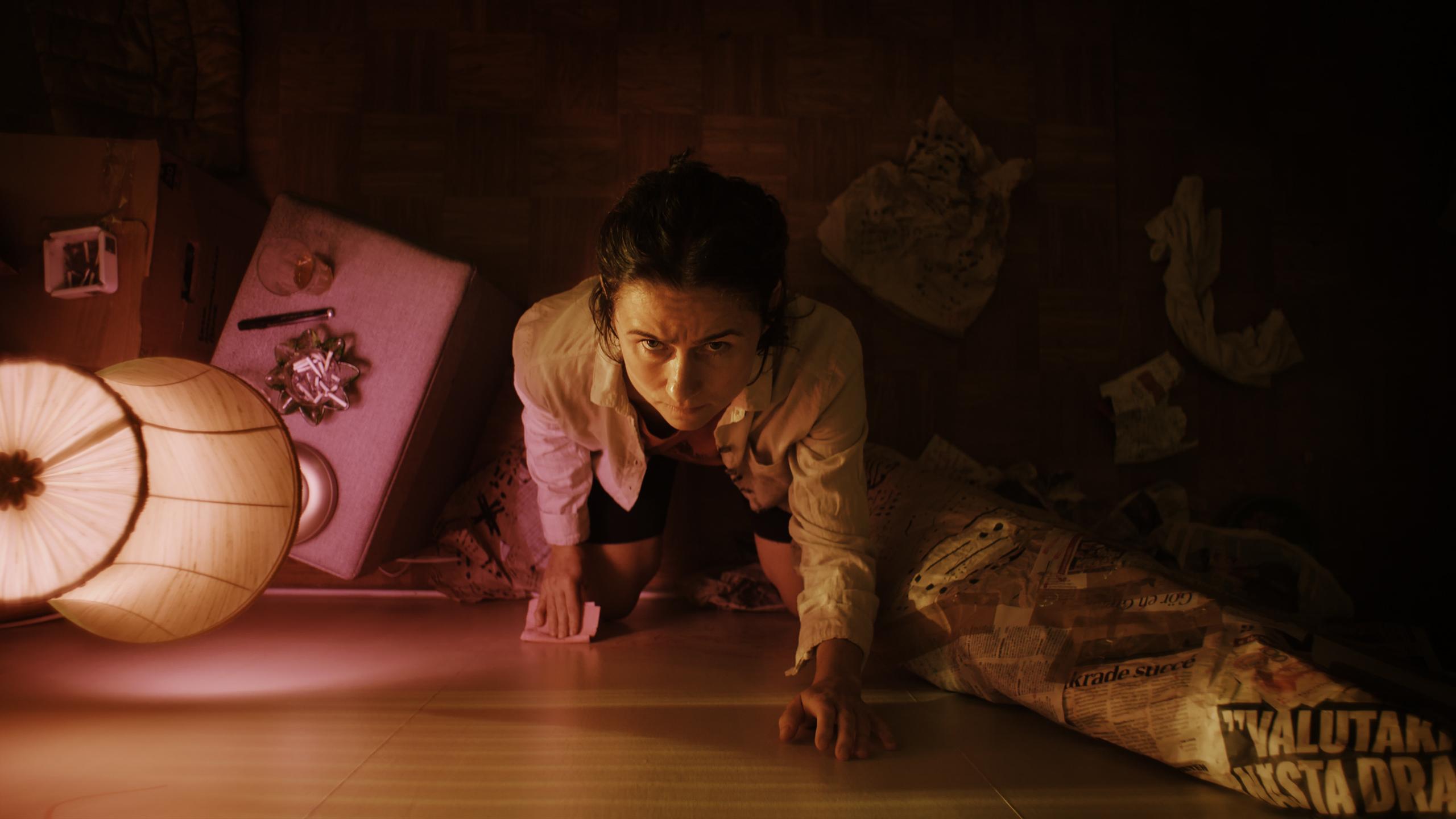 “Own the Truth”: An Interview with Knocking’s Frida Kempff and Cecilia Milocco

Lately, my refrigerator’s been on the fritz. Every time it turns on, it makes a dreadful noise that sounds like marbles bouncing around in the fan chute. It’s taken a serious mental toll on me, especially when I’m rudely woken up by the onset of this death rattle in the middle of the night. Knocking blows up this feeling of sonic fatigue to horrific proportions, following the life of Molly as she explores the origins of a dull, recurrent knocking coming into her apartment ceiling from the floor above.

Unlike my dilemma—the lack of funds to call for repairs—Molly’s sonic intrusions serves as the catalyst for a sinister, violent web of events. Molly was recently released from a psychiatric institution following the traumatic loss of her partner one year earlier, and now believes that the thuds on the upper floor are the sound of a woman in danger who needs help immediately. Against the gory tropes of horror, director Frida Kempff crafts a film wherein fear and suspense stems from sound. Rather than ever show the audience the sense of violence, we’re sitting right alongside Molly, craning our necks to hear if those muffled voices really are cries for help.

Within this unique sonic space, much of Knocking’s power comes from lead actor Cecilia Milocco’s dazzling performance as Molly. The majority of the film is spent in the closest of close-ups, floating around Milocco’s expressive face and finding expression in nuanced crevices. “There’s not that much dialogue in the film, so everything we have to read is through her face,” says Kempff. “When she was feeling something or hearing something, we were close to her.” Such a subtle, physical performance asks a lot of its human vessel, and Milocco found herself moving toward a totalizing relation to her character. “When is it ok to just be in a memory?,” she says. “In the end, you just have to be there.” To help this “being there,” the team even pre-recorded some of the knocking sounds to play during filming for Milocco to further entrench her in Molly’s paranoia.

In addition to these aesthetic triumphs, Knocking provides a poignant message concerning the prevailing global narratives of gaslighting and the purposeful, strategic blurring of truth. As Molly quests for justice and salvation for the faceless victim, she faces disbelief and judgement from her (male) neighbors, the police officers she calls to assist her as well as other individuals and government institutions. “We need someone in our life who can trust us,” says Kempff of this dilemma. “It could be one or it could be 10, but in Molly’s case, she doesn’t have anyone. The one she had, she’s gone.” Of this paradox surrounding belief, Milloco says, “We need a witness or support to say, ‘yes my truth is real, because she said that too, and HE said that too.’ And then it’s true. And just to be alone with your truth is hard.”

So even if Molly’s world paints her as a reality-detached hysteric, Knocking asserts the importance of believing her story. For the majority of its runtime, the film drapes a tense ambiguity over whether or not the sounds Molly hears are the real sounds of violence or a product of her imagination. Through intense flashback scenes where she relives the accident that killed her partner, we see that Molly’s recovery from her own trauma and her commitment to preventing someone else’s are tied together like knotted shoelaces. “It’s an emotional journey in a woman’s mind and body; handling a grief that she hasn’t really handled yet,” says Kempff. “If you’ve been through a trauma or some difficulties, and you haven’t been able to help that person or save that person, this time, in [your] present life, you need to do things right. This time, she has to make the right decisions.”

For all its chilling, straight-ahead suspense, Molly’s story in Knocking stands as a totem for the necessity of listening to the voices of the underheard. As her society continues to thwart her efforts to disrupt violence, it in turn perpetuates cycles of violence against women. Instead of painting Molly as a helpless victim in a patriarchal wasteland, though, Knocking presents a war between her resilience and the churn of normalized silencing. “Own the truth. Be able to own the truth, even though the society doesn’t believe in you,” Kempff says of the film’s message. “It’s time people start listening to women and women’s stories.”