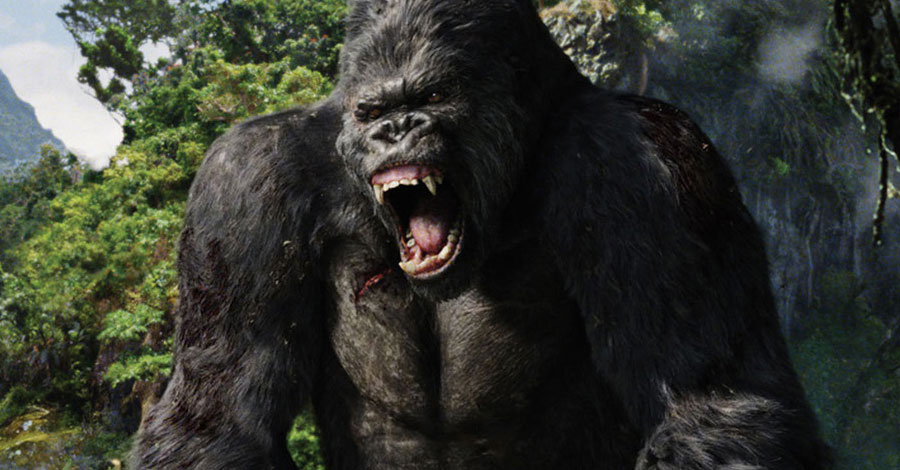 It’s been 12 years since we’ve had a rendition of The Eighth Wonder of the World, but Peter Jackson’s version was a tad tinier than what Jordan Vogt-Roberts had in mind for his creation. The reasoning behind making a larger version was to have a monster battle of epic proportions in the coming years, but in order to get the ball rolling, we need a new origin story. Bill Randa (John Goodman) and his science team believe that there is undiscovered life on a remote island constantly surrounded by a storm system. To make it safely to their destination and to capture the evidence, they hire tracker James Conrad (Tom Hiddleston) and photographer Mason Weaver (Brie Larson), as well as Preston Packard (Samuel L. Jackson) and his fellow soldiers. After dropping seismic bombs to get a lie of the land, our infamous gorilla doesn’t need to make his appearance to let everyone know who’s king. The visuals in this epic monster movie are incredible. There were so many screams coming from the audience, it felt as though we were on the King Kong ride at Universal Studios. The cast does a sufficient job rolling with the punches. Larson is mainly there to perform the mandatory “climb into the palm” scene, but it’s John C. Reilly (starring as an eccentric, stranded World War II pilot who knows the rules of the environment and how to survive it) who absolutely steals the show. All in all, what you’ve got here is a typical monster movie with an abundant amount of ghastly creatures that’s big, dumb fun. However, Legendary Entertainment and Warner Bros. are cooking up something that could be great excitement for everyone. P.S. In classic “Marvel Cinematic Universe” style, be sure to stay until after the end credits for a great teaser! –Jimmy Martin