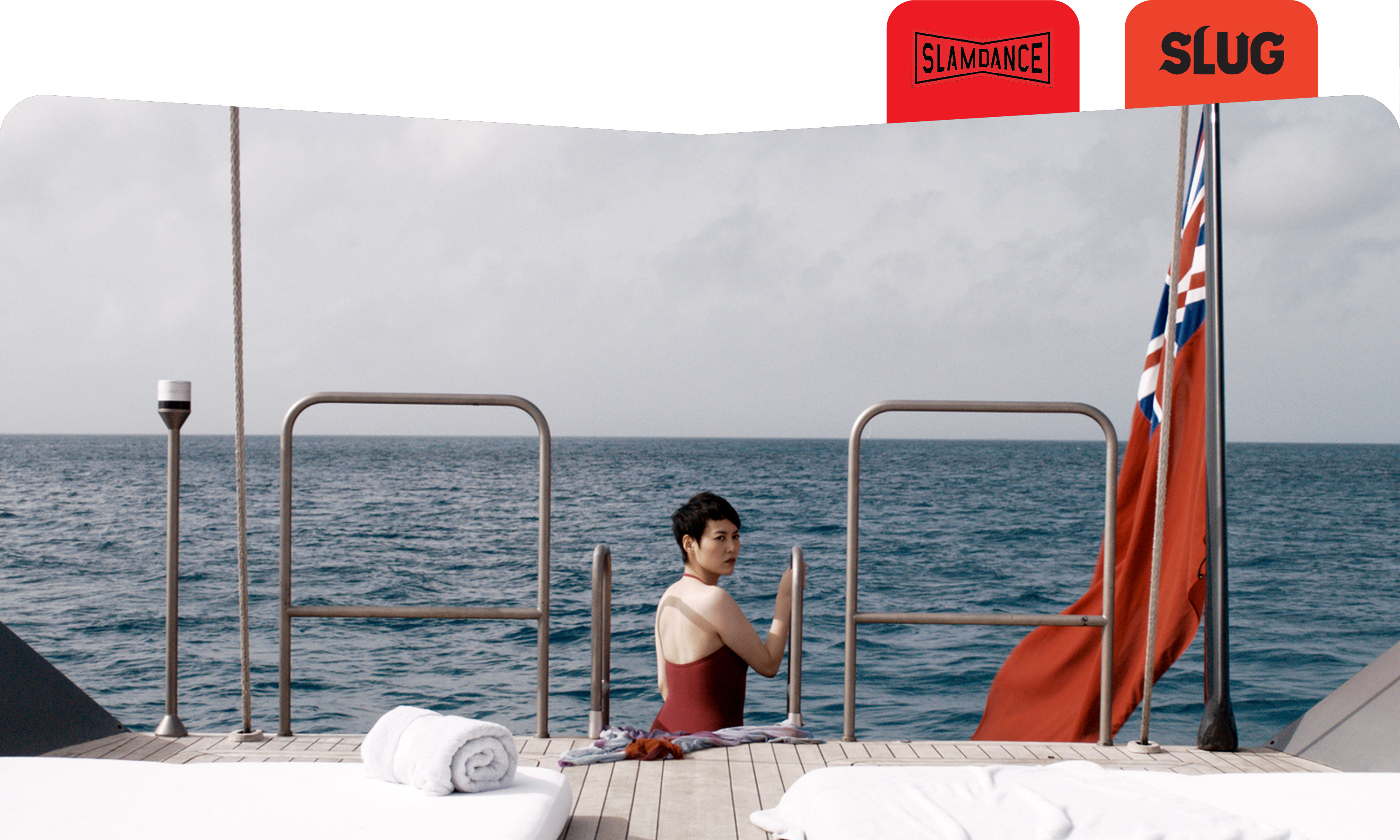 Last Summer is a supremely elegant and stylish feature film debut from director Leonardo Guerra Seràgnoli, who electrifies audiences with a tense and sophisticated exploration of a mother-son relationship that begins as soon as it ends.

Centered on the beautiful and at times inscrutable Naomi (Rinko Kikuchi of Babel and Kumiko, the Treasure Hunter), Last Summer is set aboard a sleek yacht anchored off an Italian island and owned by Naomi’s ex–father-in-law. When her six-year-old son, Ken (short for Kenzaburo, and played by Ken Brady), arrives, bits and pieces of past events unfold. Without ever going into specifics or background, the plot slowly reveals that Naomi has lost custody of Ken and was denied visitation rights. Left with only four days to spend with her unsmiling, distrustful son—who clings to deckhand Rebecca (Lucy Griffiths) and asks for his nanny—Naomi’s story soon takes a tragic and intriguing turn. With the exception of captain Alex (Yorick van Wageningen), who takes pity on Naomi’s situation, the rest of the crew are vigilant, keeping a critical, controlling eye over Naomi and hindering her various efforts to reconnect with her son.

With cinematographer Gianfilippo Corticelli and costume designer Milena Canonero (A Clockwork Orange, The Grand Budapest Hotel) at the helm, Last Summer is visually immaculate and magnificent to behold, each shot more pristine than the last. Silence dominates in the film: Meaningful looks frequently replace dialogue, and the only constant sounds are those of the gently lapping waves and coursing wind. It’s impossible to discount the significance of the film’s setting, which only serves to highlight a false sense of freedom; Naomi’s increasing disorientation and feeling of isolation; the power struggle between Naomi, the yacht’s crew and Ken’s unseen father and grandfather. The most impactful and affecting moments are those that are left unheard and unseen—masterfully subtle, unembellished implications craft the drama’s well-developed and -maintained tension. Just like the leery crew, who out of fear for Ken’s safety assume the worst, viewers are left in the dark about why Naomi lost custody of Ken in the first place. We never hear Ken running away from his mother, but we hear his quick footsteps rushing away and we see Naomi’s stricken face. When an upset and frustrated Naomi tightly grips her drinking glass, we never see it break, but we do hear it shatter.

As Naomi tentatively attempts different approaches to connect to Ken—speaking in Japanese, telling him ancient legends, cooking her grandmother’s recipe—Last Summer becomes more and more hopeful and heartrending. As Ken warms up to his mother with each exchange, a theme emerges: Wordlessly or not, it becomes clear that Naomi is gently goading her son to become more free-spirited, imaginative and unburdened—the way a young child ought to be.

Last Summer is laden with stunning, deliberate shots, superb performances from the entire cast and crew and an excellent screenplay, thanks to the collaborative efforts of Seràgnoli, graphic artist Igort and writer Banana Yoshimoto. Set to see its US premiere at this year’s Slamdance Film Festival, Last Summer is a taste-making, nonpareil must-see.