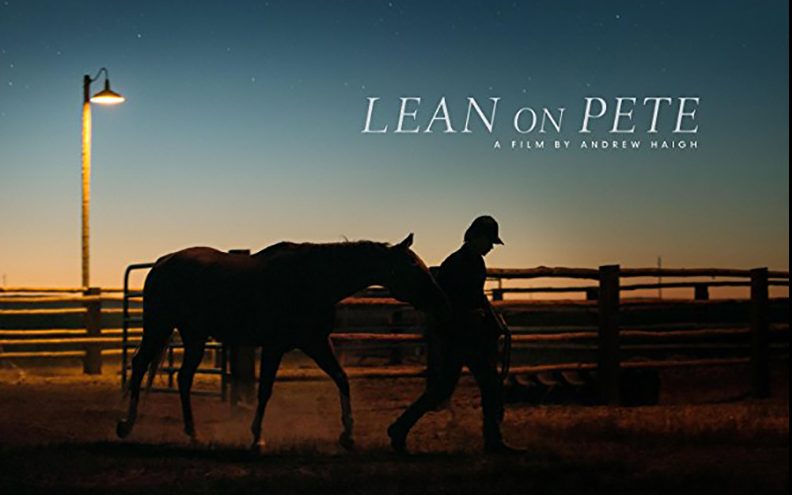 Photo Courtesy of A24

During the first half hour of Lean on Pete, I was worried I was sitting in on a celebration of American exceptionalism. The man feels lost but has the whole world open to him as long as he has his horse and the kindness of strangers. To be fair, the initial setup walks that line. Charley (Charlie Plummer) is a young high school student who’s just moved from Spokane to Portland. When his father (Travis Fimmel) dies, he sojourns across the West in search of his estranged aunt (Alison Elliott), the one positive figure lingering in his memory. But Lean on Pete takes the notion of American excellence and sells the narrative back to you for exactly its worth: an anachronistic way to cope, the settler anxiety unspooled against the backdrop of late capitalism.

Charley comes from a shitty father, the kind who protects his pride before his son. After getting beaten half to death by his girlfriend’s abusive ex, Charley’s father forbids him to reach out to his aunt Margy for help. Instead: Get a job. It’s your responsibility to take care of us now, the father tells his 15 year-old son. Charley begins helping Del (Steve Buscemi) handle his stock of racehorses as he enters a circuit around the Portland area. When Pete, one of the horses, underperforms, Del tells Charley to load him up to be sold. Having just found out his father has died in the hospital, Charley instead skips town, taking Pete and Del’s truck and trailer with him as he heads to Montana—the last known place of his aunt Margy.

The film’s initial imagery, that of a boy and his horse trekking across the desert, plays into the romanticized conception of an America that doesn’t exist now and probably never did. Charley is capable, but he’s not immune to the reality of having nothing. The boy’s life becomes a toilet flush as he is forced to steal and swipe anything not glued down. In a late scene, Charley beats a drunk with a tire iron for stealing the last of his cash. Charley looks at himself in the mirror slowly, and we see him steel himself against the world. There’s nothing romantic about a society that teaches you how to fear it. –Parker Scott Mortensen