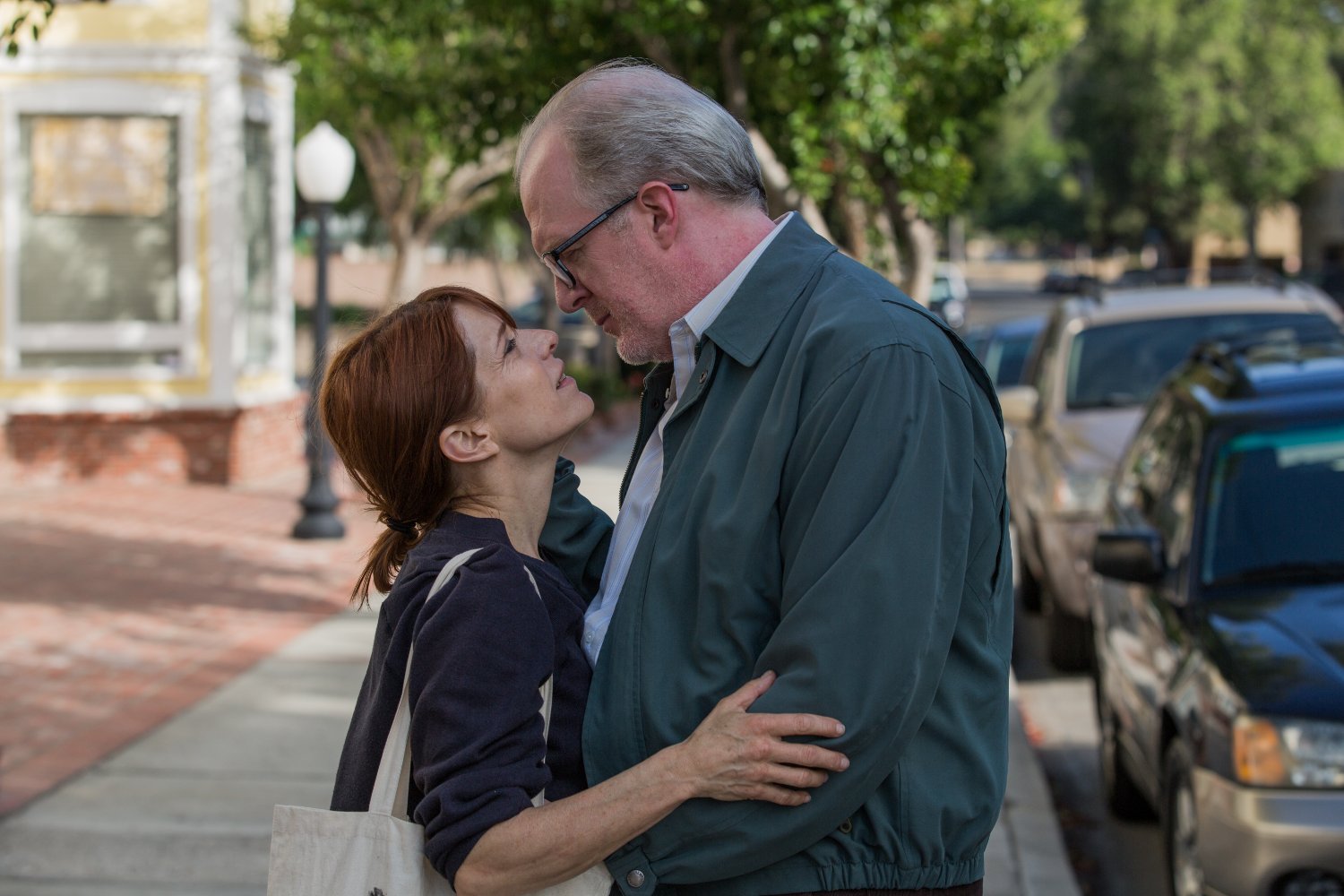 The Lovers| Azazel Jacobs | A24

Debra Winger and Tracy Letts star spectacularly in Azazel Jacobs’ The Lovers, a modest and stylized look into romance and heartbreak, lust and deceit, marriage and regret. The film introduces us to the dispassionate Mary (Winger) and Michael (Letts), a married, middle-aged couple with nondescript jobs, a son away at college and plenty of disregard for one another. Mary spends her time with her insistent novelist boyfriend (Aidan Gillen), who reads excerpts of his writing drafts to her; Michael waits patiently for his mistress, a nervous dancer (Melora Walters), to finish teaching her ballet classes. Neither Mary nor Michael seems to care about the other’s whereabouts—nor does each seem to be aware of the other’s infidelities. Both Mary and Michael promise their respective lovers, in earnest, that they’ll finally leave their spouse after their son’s next visit home. When the husband and wife find themselves entangled in an unexpected, fiery tryst, the pair impulsively rekindles their romance and, funnily enough, each ends up cheating on their illicit lovers. Things come to a head when Mary and Michael’s wary, distrustful son (Tyler Ross) and his girlfriend (Jessica Sula) finally pay a visit home.

Set against the muted, listless backdrop of Southern California’s suburbs, The Lovers is a patient and disciplined study of modern love and marriage. The flick is also quietly hilarious and deeply, deeply human. Jacobs fully trusts his two leads, and rightfully so. Winger and Letts convey with grace and aplomb the depth of each character’s restrained emotions and loaded exchanges. They capture the simmering tension, which teeters at the brink of destruction; the flustered thrill of unthinking, chaotic flings; the comfort and ease that always returns with a long-lived relationship, however frayed, however complicated by the bruising, loveless years past. As each scene roves along at a real-life pace—with real-life climaxes and resolutions—what unravels is an exceptionally crafted story of sharp heartbreak, compassion and dramatic irony. –Kathy Zhou