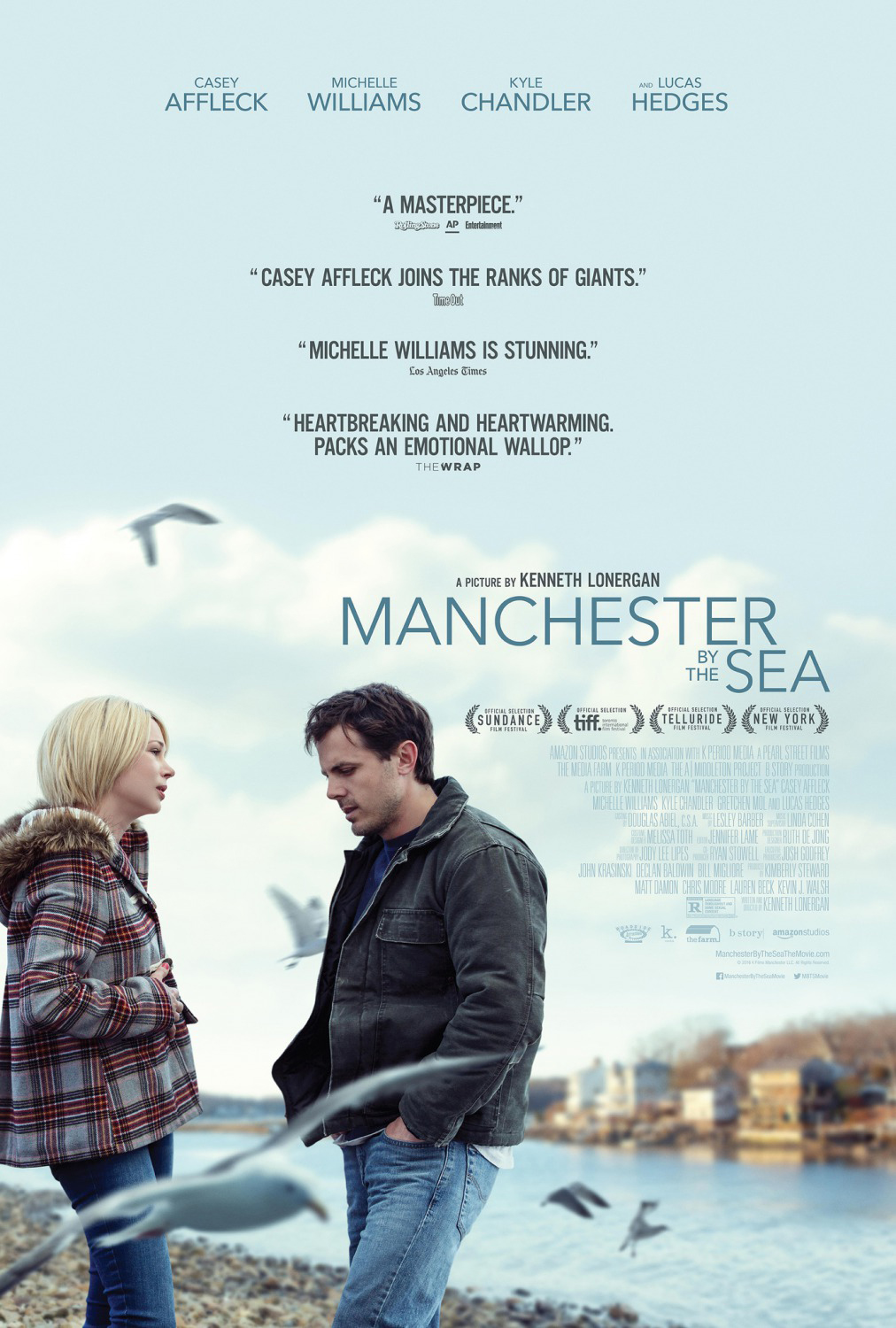 Movie Review: Manchester By the Sea

Sometimes, a movie comes along with a character who is so down on their luck, you can’t help but scream out, “Can someone please give this person a break for the love of all that is holy, goddamnit!” Such is the case with Lee Chandler (Casey Affleck), who immediately loses his brother, Joe (Kyle Chandler), to heart disease, and is given custody of his teenage nephew, Patrick (Lucas Hedges). If that wasn’t enough, the audience gets to learn that Lee also lost his three children to a house fire and separated with their mother, Randi (Michelle Williams), shortly after. See! Can’t he catch a break? Director Kenneth Lonergan tells a heartbreaking tale of loss and recovery that is lead by a wonderful performance by Affleck—who normally never disappoints—but it’s even more enjoyable to witness the blooming talents of Hedges, who, I would assume, has a great career ahead. Many are saying that Williams’ performance is legendary, but she does not really have enough of a presence in the storyline to make that claim. We all deal with death in one way or another, but Lonergan brings the subject to the forefront with so harsh a reality that it is almost too hard to watch. That doesn’t make it a bad film, but it makes you wonder about one’s place in life and how one would cope when dealt such a bad hand of cards. Affleck is already receiving awards for his performance in the early award season and, like Jackie’s Natalie Portman, I have a feeling that we’ll be seeing much more of him in early 2017. –Jimmy Martin