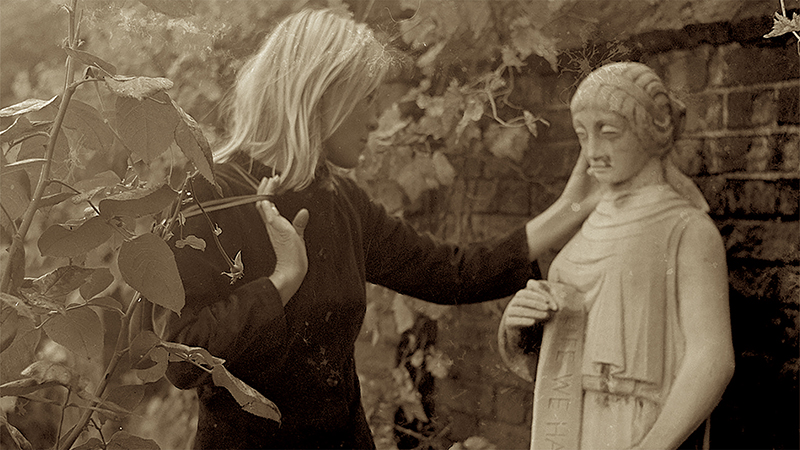 Marianne & Leonard: Words of Love follows Leonard Cohen from his fledgling writer days through his career as the famed folk singer-songwriter as we know him. This documentary explores (some of) his love of Marianne Ihlen, with whom he was in an open relationship for many years and who is thought of as his muse. It starts on the island of Hydra, Greece, where Cohen wrote literature (his second novel, Beautiful Losers, received dismal reviews from Canadian reviewers). On Hydra, Cohen and Ihlen found a simple sort of love with each other, both feeling that they weren’t particularly attractive but that the other was beautiful—this is where Marianne & Leonard: Words of Love looks to find the footing that its title suggests.

Unfortunately, that element fizzles out, and what we get is a half-baked documentary about Cohen’s proclivities for women, LSD and other drugs. The title Marianne & Leonard: Words of Love is lip service to the angle it purports. Rather than an in-depth uncovering of the passion and tensions between them, Marianne & Leonard: Words of Love modulates to Ihlen to give dry, historical updates on where she is concerning Cohen at points in his career with dispassionate summaries. The film reveals faulty writing for film, which would have better existed as a biography for avid fans.

The interviewees certainly don’t help. Since Cohen and Ihlen are dead—having passed three months apart, a factoid coincidence that the film romanticizes—Marianne & Leonard: Words of Love relies on interviews from friends of Cohen to guide the film. Ihlen moves to Montreal to be with Cohen with her son, “Little” Axel Jensen. She eventually moves back to Hydra because she’s unhappy with the way things are going with Cohen in Canada. While his friends acknowledge the strife that Ihlen faces when Cohen neglects her and has relationships with other women, they excuse him for the way he treats her.

Because Cohen is a poet, artist and musician, the interviewees chalk such wayward behavior up to essentially being his nature, that he needs the company of women to feel secure and that he’s someone whom she can’t contain even though her desire is to be his proverbial “one.” Their and the film’s avoidance to hold him accountable for his melancholic relationship with Ihlen is reductive toward what, in reality, was likely a complex relationship. One friend makes a point to state that Cohen was a feminist. Well, great. Without fleshing out the passion that Cohen and Ihlen had to have held for each other to create any kind of narrative tension with his free-loving actions, Marianne & Leonard: Words of Love simply and obliviously shines Cohen in a negative light.

The parts of the film that offer some warmth are those where Cohen is performing his music, and video and audio footage from past interviews. His music and performances are particularly arresting on the big screen, and the spare darkness of his songs let his voice softly proclaim his poesy. Cohen’s voice grounded who he was and what he was saying. For example, when Cohen explains why it felt right to participate in the free-love movement of his heyday in his own words via audio footage, his reasoning that it was an advanced, intimate expression of friendship makes sense. Marianne & Leonard: Words of Love doesn’t offer any of Ihlen’s perspective about Cohen’s participation therein, just commentary from the interviewees about their opinions about the matter in general and that Cohen did it. Had there been any sort of documentation of her thoughts on this matter, that would be a start, but the documentary just repeats the platitude that Cohen’s distance from she, his muse, distressed her.

Marianne & Leonard: Words of Love’s storytelling feels clumsy. The speaking from interviewees jolts from one topic to the next with the film dragging photos and video behind them, making short-lived pit stops at the topic of Ihlen then obsequiously course-correcting to lionize Cohen along the trajectory of his career. This leaves the viewer to play catch-up then compressing his life after the ’70s into the final minutes of the documentary. I’m honestly surprised that, alongside Kew Media Group, the BBC produced this. –Alexander Ortega