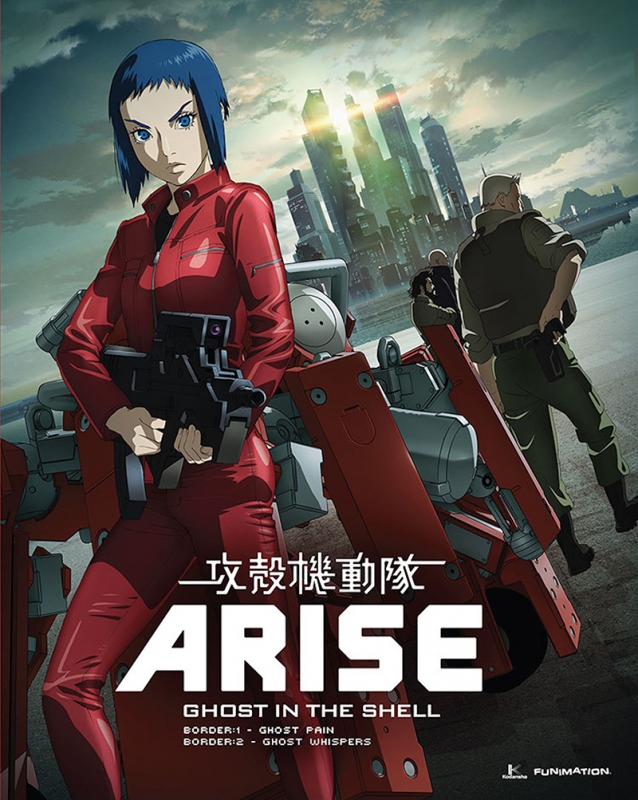 Class Of 1984: Collector’s Edition
Director: Mark Lester
Scream Factory
Street: 04.14
Exploitation films are my favorite genre. What’s not to love? You have all the ingredients that make an entertaining movie: sex, violence, drug use and sex, all of which are in full force with the cult classic, Class Of 1984. The generically named Lincoln High is the worst school in America, with drug use, graffiti from head to toe and even prostitution. The sadistic, violence prone student, Peter Stegman, runs the school with his colorful gang of cronies that look like cast rejects from The Warriors. This school is run like a prison—enter the naïve new music teacher, Mr. Norris. Norris believes he can reach out to these troublemakers by the power of teaching, something Stegman slowly points out that he doesn’t want. When one of Norris’ prized students is prison shanked in the school cafeteria (a pre Family Ties Michael J. Fox), and with no help from the faculty or the law, Norris takes matters into his own hands. Director Mark Lester‘s (Commando) intention for this film was for it to be a provocative think piece or “message” movie—now, it’s simply a fun, throw-it-on-late-at-night-with-your-friends-while-drunk movie, and that’s fine by me. –Kenny Tadrzynski

Ghost In The Shell: Arise – Borders 1 & 2
Funimation
Street: 10.28.14
For fans of the manga/film/television series Ghost In The Shell, having new material is a futuristic Christmas that normal anime fans just can’t conceive. Depending on what you’ve watched, read or chose to view as canonical from this particular series, this is either the third or fourth retelling of Motoko Kusanagi, aka “The Major,” and her team of cyborgs/humans at Public Security Section 9. Rather than focusing squarely on The Major or starting off with the team fully formed, Arise shows a retcon of the group’s formation, starting with The Major’s military departure and recruitment of its members into the freelance squad. These two 50-minute episodes rewrite everything you’ve known from the popular TV series that aired on Adult Swim, but in a more constructive manner that fans will appreciate, and not feel discouraged by. The first two episodes come together in this DVD/Blu-ray package, complete with extras and commentary that will make fans swoon when they see the attention to detail both Production I.G and Funimation put into making it. If you’re a fan of the series, this isn’t just a must-see—it’s a must own. –Gavin Sheehan

The Hobbit: Battle of the Five Armies
Director: Peter Jackson
Warner Bros.
Street Date: 03.24
“Wah! They split The Hobbit into three movies!” SHADDDUP! As if it comes to the surprise of anybody that Hollywood is in it for the money, not the art. I think I’m one of the select few who actually liked the previous film, Battle Of The Five Armies. We finally get some action—no more constant walking and talking! Clerks II said it best with the Lord Of The Rings films, “Even the fucking trees walk.” In the newest installment, Bilbo and a bunch of dwarves are forced into a war with Sauron’s army of orcs and other freaks as they try to protect the Lonely Mountain … or something. Whatever—I was in it for the action, and action is what I got. The DVD/Blu-ray is awesome, with great picture, sound, and is packed with special features. Although, I suspect a super, mega-deluxe bullshit version is in the works. Say what you will about the newest Hobbit—that it doesn’t follow the books to a T, or that the whole trilogy was a cash grab. At the very least, you have to admit that it is entertaining. Dude rode on a giant moose/deer thing. That kicks ass! – Kenny Tadrzynski

Interstellar
Director: Christopher Nolan
Paramount
Street: 03.31
Regardless of how you felt about Christopher Nolan’s three-hour space opera, viewing it on Blu-ray makes you take note of how beautiful the film is. It’s something that garners more appreciation when viewing the home release’s special features—which also clock in at about three hours themselves. Nolan’s quest with Interstellar was to make a science fiction film that told a fantastic story within the boundaries of our current scientific understanding of the universe and space travel. While there are plenty of featurettes that explore the painstaking process of creating the world of Interstellar, it was the documentary on the film’s scientific basis that best established the tone and goals of the film. The interviews with Kip Thorne, a well-known theoretical physicist and one of the film’s executive producers, shed some interesting light on the film’s visual effects. Watching Thorne pass some theoretical equations about black holes on to the visual effects department and see them create what is essentially a visual simulation of those equations was fascinating on several nerdy levels. While it’s admirable that Nolan was so precise in his inclusion of accurate science, Interstellar as a film still left me a bit cold. –Alex Springer

Island Of Lemurs: Madagascar
Director: David Douglas
Warner Bros.
Date: 03.31
My knowledge of lemurs up until this point was simply that they exist and that and they look like squirrel monkeys. When I got the Blu-ray of this film, I groaned. “What is this? Looks like something trying to capitalize off of the Madagascar movies.” Then I noticed that none other than God himself (Morgan Freeman) was doing the narration, so I decided to embrace it. I embraced it by doing what most people should do before watching a nature documentary—I got really high. Island Of Lemurs is a short, enjoyable film with vast, sweeping landscapes of the beautiful Island of Madagascar and the adorable aforementioned squirrel monkeys. The Blu-ray/DVD combo also features the film in 3D for those who are lucky enough to afford said technology. The only drawback to this documentary is the run time. It clocks in at just 41 minutes, and for the retail price of $35.99, I feel that it’s too steep to warrant a purchase—unless, of course, you just bought a 70-inch, high-def television with your tax return and need a tester DVD to throw on and impress your friends with. –Kenny Tadrzynski

Jonah From Tonga
HBO
Street: 02.24
If you can stomach a very blatant use of black-face on a 40 year-old white guy, done in a spoof of an entire race/ethnicity of people, then you may be able to envision Chris Lilley in the role of Jonah Takalua, a young, petulant Tongan teenager. A spin-off of his popular Summer Heights High character, 14 year-old Jonah is uncontrollable yet endearing in his stupidity. Some of the Australian references and slang were probably lost on me, but the genuine culture that was sprinkled throughout added a unique perspective. Shot reality TV show-style, his Fobalicious crew terrorizes the school with cheeky pranks and sometimes brutal tactics. We’ve all known a Jonah—unfortunately, that person is probably in prison somewhere. Jonah doesn’t really get away with all of his shenanigans, but it’s often shocking to see what he runs with. The show is funny at times, but undoubtedly will leave you feeling just a tiny bit racist. –Rachel Jensen

Teenage Mutant Ninja Turtles: Retreat
Nickelodeon
Street: 03.10
When I was growing up, there were certain staples in my Saturday morning cartoon routine—Teenage Mutant Ninja Turtles was up there. This is the first part of Season 3 of the current iteration, and the turtles aren’t in their native New York sewers—they’re out in the woods, recuperating from a terrible battle with Shredder and the Kraang. April O’Neil’s farmhouse out in the boonies isn’t boring by any means—mutagen gets out and wreaks all sorts of havoc in the woods, making most of the episodes more like short, scary movies. Dream beavers were my favorite baddies, with the crazy chimera (a mix between bird, worm and fish) as a close second. Sensitive kids may find this a tad scary, but it’s not terrifying. The typical villains don’t make an appearance in this set of episodes, which is a bit disappointing. The DVDs come with seven shorts called “Mutation of a Scene”—it shows scenes in storyboard, animation and final cut versions. It’s a cool feature, especially for artists and kids who like to draw. Kids will dig the show, it won’t make adults cringe and it’s a relatively cheap electronic babysitter. – Ashley Lippert

Top Five
Director: Chris Rock
Paramount
Street: 03.17
Chris Rock gets by with a lot of help from his friends in this brutally honest, yet, often hilarious drama-rom-com. Rock plays Andre Allen, a former stand-up comedian turned actor (I know, such a stretch there), who is about to be married off to a high-maintenance reality TV star while at the same time promoting his first dramatic film. He’s interviewed by a tough journalist, Rosario Dawson, who is his biggest fan and toughest critic, weaving in an urban-Cinderella narrative. The film explores what it takes to be funny, struggles with alcoholism and sobriety, and family. Relationships crumble in the span of one day, but what’s important grows. With a cast of A-listers from Kevin Hart to Jerry Seinfeld, Top Five is fresh, entertaining and endearing. My only issue was, just like Cinderella, it felt like it ended right at the stroke of midnight. –Rachel Jensen

Veep: The Complete Third Season
HBO
Street Date: 03.31
I am a firm believer that Julia Louis-Dreyfus does not age and has found the secret to perfect comedic timing. Veep is the thinking man’s political comedy, or the funny man’s political drama. Mixing equal parts smart political banter and situational humor, this top-rated HBO series is what you would get if you spliced The West Wing with The Office. In the third season, we follow Louis-Dreyfus as Vice President Meyer on the campaign trail vying to be the next President of the U.S. The humor is never forced, but comes rather from having smart, conniving and sarcastic characters. Real politics are filled with just as many ridiculous situations, like having to cave to the noble taxi driver vote, which makes this season feel genuine in its story and delivery. We all thought Elaine in Seinfeld was tough, but she’s got nothing on this political powerhouse. –Rachel Jensen