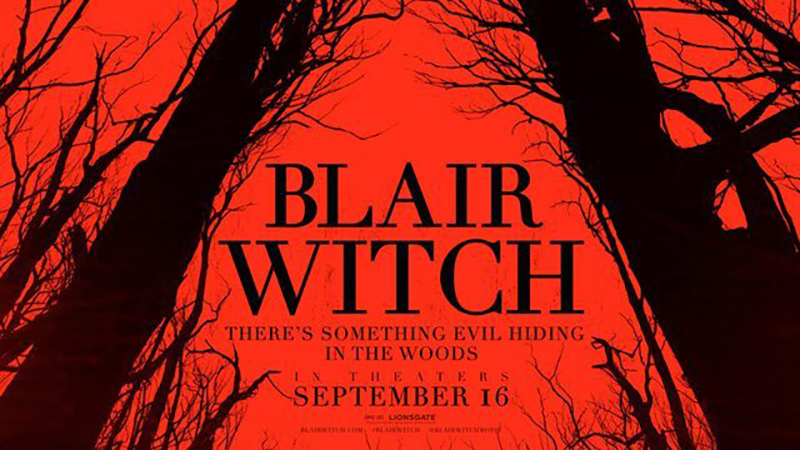 It’s hard to believe that it’s been 17 years since The Blair Witch Project freaked out audiences by revitalizing the found-footage horror genre. Knowing the film was doctored, it was a treat to watch my friends and brother walk out of the theater, horrified, thinking they had just witnessed a murder. Fast-forward to the present day, and that treat was non-existent, as my friends and I just walked out, horrified that we had witnessed a murder to the said genre.

In this third installment (yes, there was a terrible sequel in 2000), the brother of Heather (from the original), James (James Allen McCune), wants to re-enter the woods after new footage is found, possibly of his sister. Along with his friends and the strangers who discovered the new tapes, the gang brings a plethora of film equipment and obviously endures the same encounters we saw almost two decades ago. The primary problem with this continuation is technology. The original felt like it could be found footage, but, in this venture, there are so many cameras, Go-Pros and drones that it feels just like a low-budget Hollywood movie. That lore is completely missing, which is what made the original so fun to experience. Also missing are the actual scares. There are huge patches where nothing really happens. Someone may stub a toe and scream, but that’s about it.

To make matters even worse, director Adam Wingard introduces the audience to some form of a time vortex without ever explaining what is happening to the characters. As someone who is a devout aficionado of time-travel movies and their theories, this one simply does not make sense. He might as well have said, “A wizard did it.” Do not waste your time, money or energy on this boring stroll through the forest and just rent the original. You’ll be glad you did. –Jimmy Martin