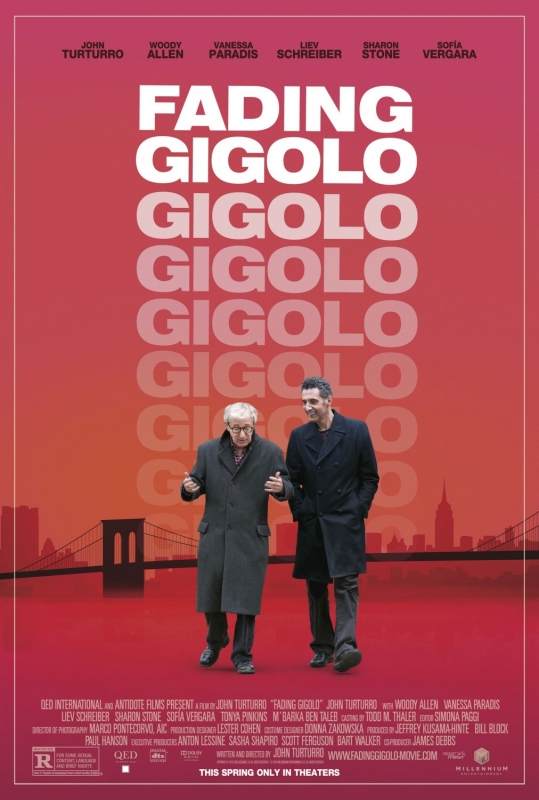 In the cinematic tradition of following the lovable and charming man-whore like “Deuce Bigalow” and “Loverboy,” John Turturro dons the responsibilities of actor, writer and director in this enchanting tale of affection and friendship. Turturro stars as Fioravante, a down on his financial luck flower shop employee whose friend, Murray (Woody Allen), convinces him to become an escort for lonely middle-aged women. As he gallivants from one married woman to another, filling the duos’ pockets with cash yet giving his lost clientele a reason to smile, Fioravante eventually finds a unique connection with Avigal (Vanessa Paradis), a soft-spoken Jewish Orthodox widow who has never experienced the touch of another man. As the two find comfort in each other’s company, the presence of a jealous Shomrim patrolman (Liev Schreiber) could be the end of their liaison. With Allen on the project, the New York vibe feels as vibrant as though the legend were leading the charge himself, but the overbearing music track forces too much onto the screen leaving little room for personal interpretation. Also, in conjunction with the fast-paced world that is The Big Apple, Turturro provides minimal screen time to establish his characters leaving viewers little to connect with or care about outside of the alluring Paradis. Turturro keeps it simple as he explores the need for companionship, but the idea that Sharon Stone and Sofía Vergara would need to pay $2,000 for a threesome is comical for all the wrong reasons.