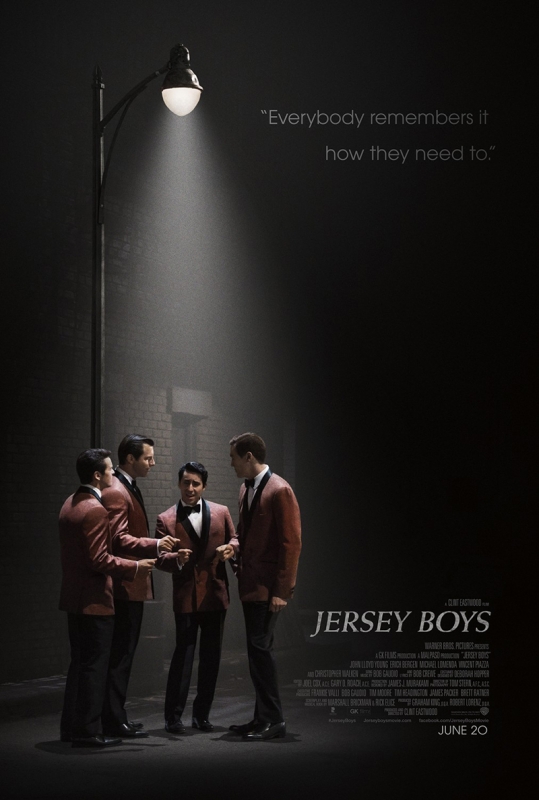 Jersey Boys
Warner Bros.
Director: Clint Eastwood
In Theaters: 6.20
Television shows have been tuned into movies, movies have been made into Broadway shows and Broadway shows have been reimagined as movies. It’s a vicious cycle of unoriginality, and director Clint Eastwood (a.k.a. Dirty Harry) has found himself smack-dab in the middle of the clichéd chaos. The “musical” revolving around Frankie Valli and the Four Seasons’ rise to stardom found its audience onstage in New York City, but an on-screen version requires a whole new set of tools and techniques. The first slip-up comes with hiring veterans of the stage show to crossover to the new medium. Sure, John Lloyd Young’s Valli impersonation is pitch perfect, but his inability to connect with any of the dramatic elements is detrimental. Eastwood serves up a mediocre glass of Diet Scorsese with this bland biopic. That’s right. Four guys performing at concerts does not a musical make. I want my jazz hands and dance routines! Eastwood only offers this version of the genre in the credits. Sorry, Man with No Name, it’s too little, too late. Honestly, the play should have been converted into a run-of-the-mill episode of VH1’s “Behind the Music.” At every convenient moment, Eastwood attempts to tug on the heartstrings, but, since there really isn’t much meat on this bone, every pluck is out of tune. The most creative aspect comes with the actors breaking the fourth wall mid-scene to narrate the story (think Ferris Bueller’s Day Off), but this positive quality isn’t enough to salvage the production.
Photos: