Movie Review: The Life of Riley 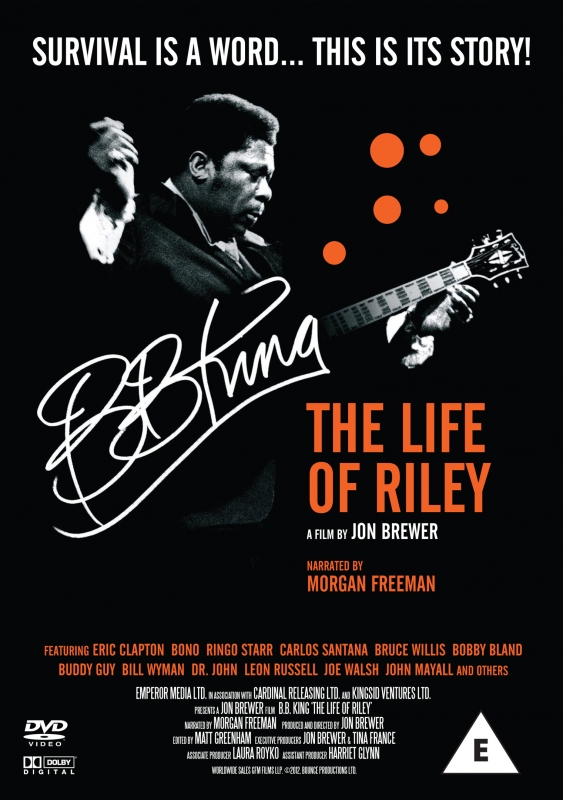 B.B. King: The Life of Riley
Director: Jon Brewer
MVD Entertainment
In Theaters: 05.21
On VOD: 06.01
Tracing his life through the cotton fields and churches of Mississippi to the present day, The Life of Riley delves into the pain and progress of blues legend of Riley "B.B." King. Narrated by the omnipresent Morgan Freeman and featuring appearances by Bobby “Blue” Bland and Eric Clapton, this doc is appealing in a colloquial, casual way, like listening to a great aunt tell a story about going to the Ed Sullivan Show. It’s also straightforward and honest to his legacy, never straining too much in its storytelling or narrative devices. The film is thorough and reaches back into his days singing Gospel music on Church Street and the music in this stretch is particularly useful in putting his legacy in context. One particularly poignant scene seemed to sum up King’s appeal for me: he details working on a farm in Mississippi and learning how to ride a tractor. He says all he wanted was to be a superstar in riding tractors and never gave much thought to a life doing anything else. While most musicians lose their appeal to the hard working masses after hitting it big, he never lost his country side, his ability to speak to the average American. In my mind he’s truly a universal artist, like Bob Marley, someone who can cut through the static and reach everybody. Bursting with discovery and nostalgia, The Life of Riley is a reminder of what made B.B. the (ahem) King of blues music.