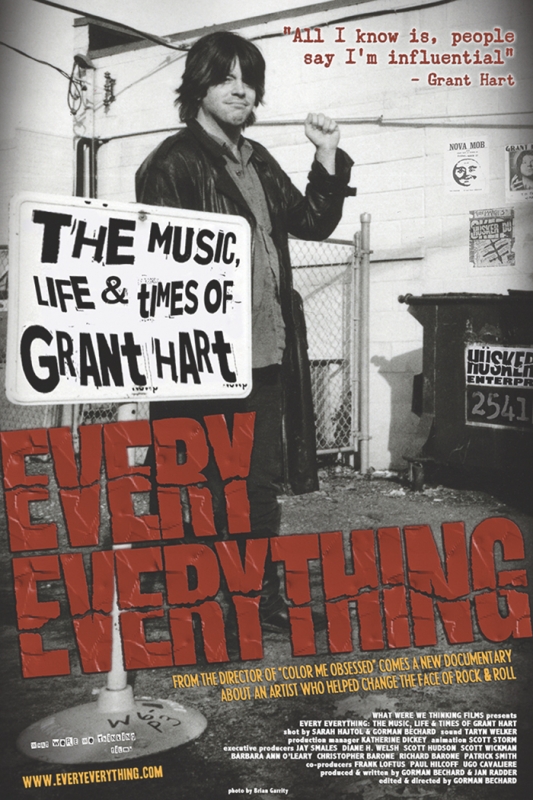 Edge of Tomorrow
Director: Doug Liman
Warner Bros.
In Theaters: 06.06
No matter your feelings about Tom Cruise’s affiliation with Scientology or his couch-jumping abilities, the man is a talented performer and knows how to entertain an audience—he’s been doing it for more than three decades. In his latest adventure, director Doug Liman takes us to a distant future where a meteorite has collided with Earth, releasing a violent alien race known as mimics. Cruise portrays Cage, a military public relations representative who is tossed on the front lines as a promotional stunt. With only an ROTC background, Cage only lasts five minutes before meeting his demise. However, due to the unique fashion of his death, Cage wakes up only to relive the previous 24 hours until he dies again and reawakens. As Cage searches for the reasoning behind this mystery, he befriends Rita (Emily Blunt), who may have the answer he’s been looking for. As my dear friend Jeff Vice said upon viewing the trailer, “It’s Groundhog D-Day.” As much as Liman delivers the action and explosions like most summer blockbusters, this sci-fi thriller is just as hilarious as it is action-packed. Cruise shows off his vulnerable side as the stranger in a strange land as he lays his trust in the confident and courageous Blunt. One of the film’s greatest elements is James Herbert’s masterful editing skills as he perfectly pieces together this wild timeline without missing a beat. It’s truly astonishing. It’s been some time since I’ve seen a “rollercoaster” movie, which is what I call a film when, as soon as the credits roll. I want to jump right back in line and ride it again! Weeeeeeeee! –Jimmy Martin

Every Everything: The Music, Life and Times of Grant Hart
Director: Gorman Bechard
MVD Visual
Street: 08.12
Every Everything is essentially a 90-minute interview—Grant Hart talking about himself. He talks about the complications and inner workings of his private and professional life: the fire that took his parents’ home, the deaths of friends and family, the self-destruction of his band Hüsker Dü, understanding his sexuality and dealing with addiction. He traces his musical legacy, from his days in the Hartbeats, to his time in Hüsker Dü, Nova Mob and his solo work. Where this would be a fine opportunity for him to talk trash on former Hüsker Dü bandmates, he seems to tread lightly, acknowledging his fondness for the good times over his disgust with how bad everything went in the end. The film is an entertaining look at one man’s experiences. While pulling stories from a single source may not be the most responsible way to make a documentary, in the end, we get a true taste of a Grant Hart finally able to admit that, despite his myriad flaws, his influence is vast. –James Bennett

How To Train Your Dragon 2
Director Dean DeBlois
20th Century Fox
In Theaters: 06.13
It’s been five years since our hero, Hiccup (voiced by Jay Baruchel), convinced the people of Berk that dragons are not threats—especially his friendly companion, Toothless. Now, the duo spend their days exploring distant lands in search of other humans and dragons, but what they unexpectedly find is the ruthless, power-hungry Drago (voiced by Djimon Hounsou) who seeks world domination with his dragon army and a mysterious dragon rider (voiced by Cate Blanchett), whose true identity is the long-lost mother of our protagonist. With the help of his father (voiced by Gerard Butler) and his friends, Hiccup must overcome life-changing challenges and epic encounters to ensure the permanence of his home and people. Director Dean DeBlois carries on the tradition of beautiful aerial sequences that sets the viewers directly on the back of a soaring dragon, and the 3D effects actually enhance the experience. Trust me, 3D is something this film critic RARELY encourages. I sincerely appreciate a children’s movie that isn’t spewing unfunny fart, pee and poop jokes from open to close, and DreamWorks has certainly developed a franchise that is anything but that. Years ago, Pixar was the only animation studio offering heartfelt storytelling while DreamWorks gave us Shrek 3, but times have certainly changed. With these films, the race is on to see which studio can unleash the greater adventure, and we moviegoers get to revel in the elevated standards. Here’s to better family-friendly filmmaking! –Jimmy Martin

Life Itself
Director: Steve James
Magnolia Pictures
In Theaters: 07.04
If you were a film critic or essentially anyone in the film industry on April 4, 2013, you took a minute to pause and respect the memory of film critic, Roger Ebert. I know I did. As the first film critic to ever win a Pulitzer, Ebert became the face of movie criticism, but his smiling demeanor hid a history of mesmerizing tales, personal anguish and laughable escapades. Director Steve James was granted access by Ebert himself to capture what would be the last five months of the icon’s life. Viewers are brought into Ebert’s hospital room and witness the writer’s charisma through his text-to-speech laptop, but are also made aware of the horrendous pain he endured. It’s heartbreaking to witness someone you admire so much go though such agony. Interlaced with the hospital visits, Stephen Stanton narrates passages from Ebert’s memoirs, Life Itself, as James unearths stories from the glory days with photos and vintage video clips. We follow the timeline, as Ebert became the Editor in Chief of the University of Illinois’ The Daily Illini, to becoming the Chicago Sun-Times’ Film Critic after only being an intern for five months. His fondness for strange women and alcohol is certainly not left out. The film also discusses his heated relationship with Gene Siskel and their rise to television fame, complete with hysterical blooper reels with the two going at each other in verbal confrontations. The loudest heartbeat of the story comes from Ebert’s charming and radiant wife, Chaz. As she stands by his side with a smile on her face, the essence of true love beams across the screen. Roger Ebert was the Michael Jordan of film critics. Will there ever be another one like him? Who’s to say? Either way, Steve James has pieced together a touching documentary that I think one of the greatest film critics of all time would have enjoyed. R.I.P., Roger Ebert. –Jimmy Martin

X-Men: Days of Future Past
Director: Brett Singer
20th Century Fox
In Theaters: 05.23
Of all the comic book movie franchises, the X-Men series has had the most ups, downs and in-betweens. It’s because of the success of these films, which started back in 2000, that we now have the onslaught of Marvel superhero movies that we have today. When Bryan Singer directed the first X-Men film 14 years ago, who would have guessed he’d still be delivering the goods seven movies later. Sure, he didn’t helm all of them, but he did direct the best ones, and he continues the tradition with X-Men: Days of Future Past. In the future, the humans and mutants have been nearly obliterated by hunting machines known as Sentinels. Our only hope for survival is to transport the consciousness of Wolverine (Hugh Jackman) to his 1973 body and enact a series of events that inevitably stops Dr. Bolivar Trask (Peter Dinklage) from creating the killing machines. The 3D in this film is so good that you can almost touch the giant middle finger Singer is pointing at X-Men: The Last Stand director Brett Ratner, the man who nearly annihilated the franchise with his awfulness. In all seriousness, Singer pulls off an incredible feat by leading the enormous ensemble cast without leaving anyone behind. It’s an accomplishment only Joss Whedon had performed in the superhero cinema genre with The Avengers beforehand. The breakout performance comes from the newest mutant addition, Quicksilver (Evan Peters), which forced Singer to develop never-before-executed filming techniques that resulted in pure brilliance. Peters’ 20-plus minutes of screen time alone is worth the price of admission. –Jimmy Martin