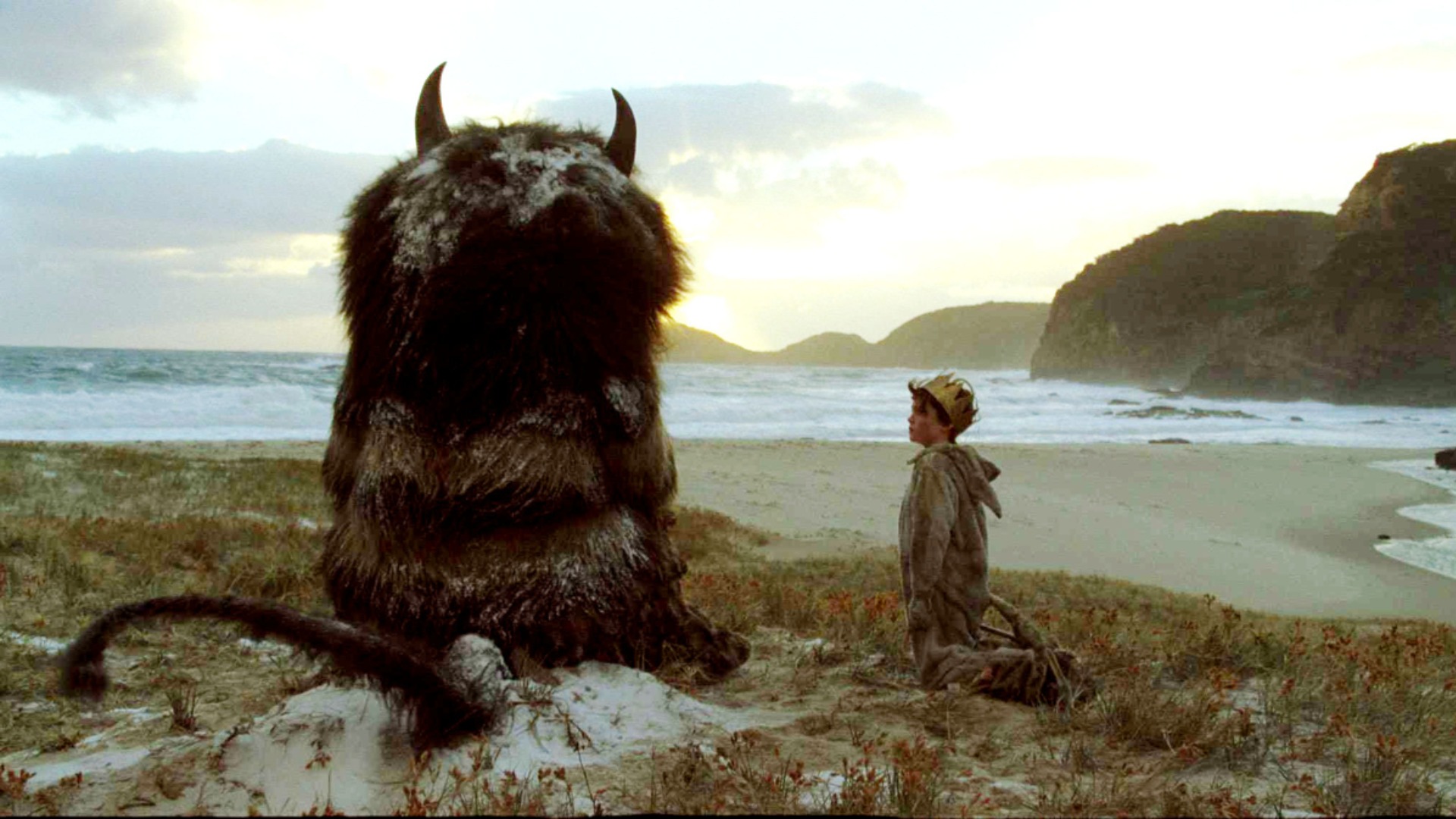 Ari Gold’s directorial debut tells the story of Power (Ari Gold), a New Mexico miner, and his aspirations to become the world’s greatest air drummer. The story sounds ludicrous, and it is, but sometimes those are the best types of films. Unfortunately, this one refrains from falling into that category. I understand the desire to test the limits on absurdness and the yearning to be so outrageous you’re funny, but the script and its cast misses the beat on 95% of the punchlines. It’s abundantly clear that Gold watched Napoleon Dynamite and Air Guitar Nation and thought it would be clever to fuse the two together. It wasn’t. There are a handful of gimmicks that’ll make the audience chuckle, but the leftover gags will undoubtedly produce nothing more than uncomfortable silences. The majority of the production resembles an awful Saturday Night Live sketch, but instead of having the ability to change the channel, a punishment of 89 minutes of agonizing attempts at comedy is enforced. The film’s strongest element ironically comes from its powerful soundtrack. Seriously, who can resist the sounds of Loverboy, Judas Priest, Rush, or Phil Collins? Wait, scratch that last one. –Jimmy Martin

Sorry ladies, but the truth is that hell hath no fury like a married father whose family was butchered right before his eyes. A year after the murder of his wife and daughter, Clyde Shelton (Gerard Butler) works diligently with Assistant District Attorney Nick Rice (Jamie Foxx) to bring the apprehended criminals to justice, but once vital evidence is deemed inadmissible, a plea bargain is established, sending one culprit to death row and the other back to the street. This does not sit well with Shelton at all. A decade passes, and a series of elaborate murders ignites, involving anyone connected to the trial. Our scorned widower obviously becomes the prime suspect, but after his arrest, the slaughter somehow continues. As the pile of bodies grows larger, the suspected killer reveals an alluring message, “It’s not what you know, it’s what you can prove.” The film starts off solid with a handful of unexpected twists and turns and a slew of shocking death sequences, but the contrived declaration of tearing down the entire justice system collapses upon itself in a heap of gavels and black robes. It’s as though John Grisham sardonically wrote the screenplay for Saw VII and sold it under the title Law Abiding Citizen. Butler outshines Foxx and provides a captivating depiction of an average man driven to insanity, but the final abysmal punch comes from the tightly wrapped ending topped with a bow large enough to make St. Nick throw up, leaving this pompous story down for the count. –Jimmy Martin

I can appreciate the feat of producing a feature-length horror film for $11,000, but what I can’t condone is overlooking the lack of creativity in said production that generates a heightened sense of anticipation that goes entirely nowhere. Micah (Micah Sloat) and Katie (Katie Featherston), a San Diego couple engaged to be engaged, move in together in their cookie cutter home to take one step closer to commitment. As the nights drift by, random noises, thought to be rambunctious neighborhood kids, disturb the couple enough to purchase a video camera to document the nocturnal commotions, but the events they capture cannot be described as anything of this world. As the various demonic acts are revealed, from beastly groans to slamming doors, their haunting effectiveness is immediately diminished by the couple’s unrealistic reactions, brought on by mediocre acting, and the repeated examinations of the recently divulged footage. Attempting to mimic The Blair Witch Project’s inventive style of filmmaking, one can’t help but think the ruse has already been performed before and much more powerfully at that. It’s as though two magicians execute the same ploy, only the second attempt is performed by Criss Angel. To top everything off, the climactic finale, which was completely altered from its 2008 Slamdance version at the suggestion of Steven Spielberg, proves yet again that the improper use of CGI can substantially hinder a film, rather than propel it. –Jimmy Martin

Generally, stepfathers receive a bad wrap in today’s society and it’s a shame. They’re commonly the initial suspect in criminal cases involving their new family, they’re the most frequent guests on The Maury Povich Show (next to knocked up 15-year-olds), and they’ve now been represented in not one, not two, not three, but four substandard horror films that haven’t been updated content-wise in the slightest since the original premiered 22 years ago. This time around, there’s no debate on whether or not David Harris (Dylan Walsh) is a psychopath as he exits the house of his former family on Christmas morning with their lifeless bodies scattered about during the opening credits. Now, with a shaved face and a new set of colored contacts, David sets his sights on divorcee Susan (Sela Ward) and her three children. While the mother and her two youngest don’t pose a threat to the deadly routine, Michael (Penn Badgley), the oldest, rebellious sibling who’s recently returned from a stint at military school, begins to dig into his future stepfather’s past and unravels a coil of secrets some would rather leave untouched. For a film about a sadistic murderer, you’d think the death sequences would be somewhat elaborate, especially with the Saw franchise’s graphic arrival, but a toss down a staircase, a plastic bag over the head, and a deliberate drowning is all that’s allotted. Thanks B-movie horror flick that belongs in 1986 on USA’s Up All Night with Rhonda Shear. Not even Amber Heard’s bikini-clad ass can salvage this expired concept no matter how many times she skips across the screen. –Jimmy Martin

Where the Wild Things Are

From the distribution companies’ logos being plastered with childish doodles to the opening sequence presenting a feral boy (clothed in the legendary wolf costume with fork in hand) aggressively wrestling his dog to the floor, it’s abundantly clear this isn’t your typical juvenile children’s film that’s been plaguing theaters for the past two decades. Director Spike Jonze has adapted and cleverly expanded Maurice Sendak’s 48-page children’s book into his own flawless captivation of a child’s limitless imagination. Max (Max Records) is a lonesome yet rambunctious kid whose only form of solace comes from the direct attention of his forlorn single mother. After throwing a tantrum in the presence of her boyfriend, Max runs away into the nearby woods only to discover a boat on the opposite side that transports him to a mythical land of infinite freedom. Upon his arrival, Max comes across a dysfunctional family of creatures in need of a leader that’ll “keep all the sadness away,” and after the boy’s confident guarantees and assurances, the beasts unanimously declare their new arrival king. The raw production value and astonishing cinematography, captured by Lance Acord, add to the comedic/melancholic mixture of tones, giving the production a matured ambiance not effectively utilized since 1984’s The Neverending Story. Add the Jim Henson Creature Shop’s superior costuming craftsmanship and a delightfully eccentric soundtrack provided by the Yeah Yeah Yeahs’ Karen O, and the components unite to perfectly conceptualize Jonze’s interpretation and offer a cinematic experience that’ll transport audiences to a long forgotten initiative … quality moviemaking for both young and old to enjoy. –Jimmy Martin

If you’ve never taken the opportunity to witness the brutal yet alluring sport of roller derby with the local Salt City Derby Girls, you may want to before you check out the somewhat watered down version of the game in Drew Barrymore’s directorial debut, Whip It. Bliss Cavendar (Ellen Page) is a rebellious teenager who’s unsure of where the small town of Bodeen, Texas will take her in life (hint: it’s nowhere). Her overbearing mother with 50s-woman ideals, pushes for beauty pageants and tea party socials, but the wandering teen craves something more radical. After stumbling upon a flyer announcing an upcoming roller derby match in downtown Austin, the search for a new life concludes and a life of bumps and bruises with her new family, the Hurl Scouts, begins. Clearly written with the easily excitable female population in mind, the feel good story places a smile on both sexes’ faces, especially with the endearing performance provided by Daniel Stern as the optimistic father any kid would want. Essentially, the film is Coyote Ugly on roller skates. It comes complete with montages and a predictable template of characters, but where the mind-numbing bartenders fall short, Barrymore succeeds with cutesy girl-power moments, an obnoxious yet likable ring announcer played by Jimmy Fallon, and an interesting take on how a loving family can still hide secrets from one another. –Jimmy Martin

There are two types of films that have round-the-clock VIP status located directly in my heart: zombie flicks and movies with an amusement park setting. The two utopian categories have always remained separate, leaving enough space in there for functional operation, but with newcomer director Ruben Fleischer’s flawless collaboration of both genres, I think I might need medical attention stat. Neurotic virgin and Texan college student, Columbus (Jesse Eisenberg), lives by a stringent set of rules and guidelines (Don’t be a hero, Wear seatbelts, Travel light, etc…) in order to survive in the blood-soaked land of the walking dead that was spawned by a tainted hamburger and a mutated form of mad-cow disease. After stumbling upon Tallahassee (Woody Harrelson), a reckless gun-toting redneck, and two deceiving con artist sisters, Wichita (Emma Stone) and Little Rock (Abigail Breslin), the foursome travel cross-country together to Los Angeles’ Pacific Playland, an alleged zombie-free paradise. From the well-crafted pop culture enriched screenplay to the constant humorous interactions between the dastard Eisenberg and the snide Harrelson, the film avails on all aspects, especially with the greatest cameo appearance of all time. It’s barbarous, brilliant, and a bloody, bloody blast! –Jimmy Martin

If there’s any type of film on the market that’s made the largest advancements in overall production quality and general acceptance among audiences in the past decade, it’s animated features. While some will be regarded as monumental achievements in cinema (i.e. Wall-E) others continue to remain dull and disappointing (i.e. Astro Boy). In the futuristic floating metropolis of Metro City, boy genius Toby (Freddie Highmore) desperately wants to follow in the footsteps of his brilliant father, Dr. Tenma (Nicolas Cage), but after a tragic event takes the life of the boy wonder, the grief-stricken father constructs a weaponized robotic replacement of the child to mend his shattered existence. However, as the cyborg repeatedly, albeit unintentionally, hinders the doctor’s plans, the decision is made to banish the contraption to the garbage-filled surface below, but not before the corrupt General Stone (Donald Sutherland) obtains the machine’s unique power source. Director David Bowers’ tale of loss and acceptance has the framework of a succinct and poignant production, but its lack of detailed content with copious amounts of filler material deteriorate its chances of becoming anything more than ordinary. To make matters worse, while the entire cast delivers only humdrum vocal performances, Cage leads the charge with a laughable, monotone, lackluster spectacle. –Jimmy Martin