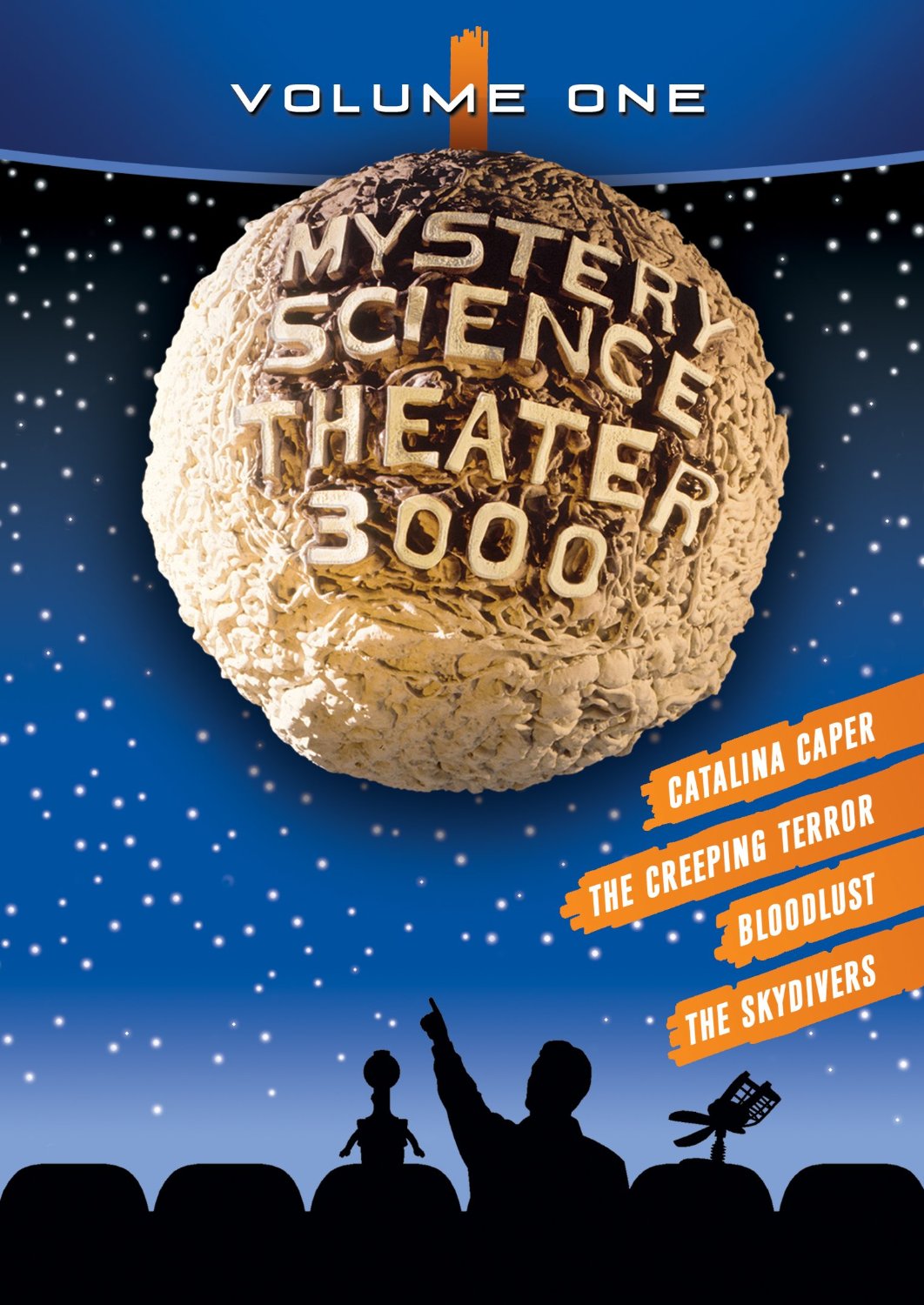 Over the past few years I’ve professed my love for MST3K as Shout! Factory has rolled out volume after volume of their awesome series. If you were to break down their entire episode catalog, there’s enough material for 50 volumes of the show, which I’m fairly confident the fans would fork over in droves. But long before Shout! had gotten the system down to the science it is now, the original distribution rights on DVD belonged to Rhino Entertainment, a subsidiary of Warner Music Group. Originally they released VHS copies of individual episodes, later turning to DVD and eventually creating the specialized 4-pack of volumes we see today.

They were responsible for releasing the first 12 volumes of the series, an “essentials” DVD with two of the most popular episodes (Manos: The Hands Of Fate, and Santa Claus Conquers The Martians), a few volumes of the “Shorts” and a special Volume 10.2 when the rights to Godzilla vs. Megalon were lost. To the best of our knowledge, there was no real “plan” in mind from Rhino, other than to release what they thought were the best of the best. Which is why a lot of the earlier volumes tend to stand out in the minds of fans, because you’re getting a hand-picked selection. In 2008, Shout! took over the distribution rights, giving us a 20th Anniversary set and Volume XIV shortly after. But because the way copyrights and multi-million dollar companies are run, the first 12 sets were never reproduced and eventually went out-of-print. Up until now, if you wanted a copy of any of these, you either had to get lucky at a swap meet, or join the long list of eBay users who pay anywhere from $30 for a beat/scratched copy, to $120 – $600 for a working copy. If you think that sounds unbelievable, go visit eBay right now, we can wait.

So finally, 13 years after the original release, Volume 1 is available again through Shout! Factory. Now to be clear about this set, it is and it isn’t the original DVDs. The film order has been changed up but still contains all four from the first set (Catalina Caper, The Creeping Terror, Bloodlust and The Skydivers), the menus are fixed, the quality of the show appears to be slightly better even though it’s still on DVD and not Blu-Ray. The older features are still here like the theatrical trailers, so nothing from the original version was scrapped or discarded.

But Shout! isn’t silly, they’re not just going to repackage something for your consumption without adding in some bonus items. New features include The Crown Jewels featurette which talks about the independent film companies that rose in the 1950s after the government broke up the film industry monopoly on theaters and how Crown International distributed them. You also get The Creeping Terror trailer, an extended trailer for The Creep Behind The Camera (the film about the life of filmmaker Vic Savage), and a Q&A with Trace Beaulieu and Frank Conniff about that film.

So is it worth your cash? Absolutely! Because let’s be honest with each other here as fans, the minute this goes away a second time, you’re not getting it back again until the day comes we create some new format to buy everything on. This is a golden opportunity for fans who missed out the first time, collectors who may have lost their copy, and ultimate MST3K fans who need to collect everything there is to snag the first volume all over again. Do yourself the favor and get the collection before it vanishes a second time.