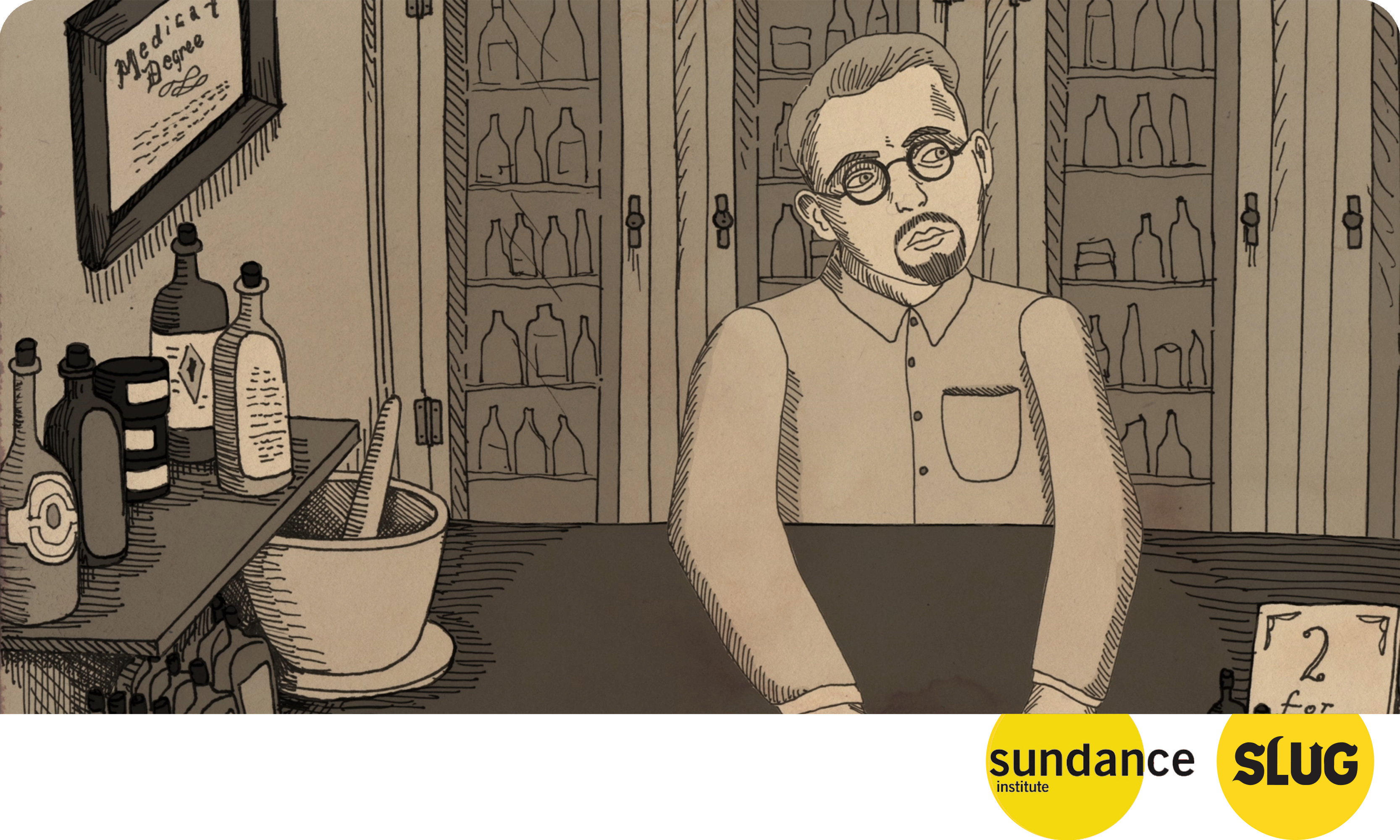 In 1917, a doctor named John Romulus Brinkley moved to a small Kansas town to open a medical practice. Among his first customers was a farmer who bemoaned a shrunken libido and cracked a joke about how he could use a pair of billy goat testicles to jumpstart his own. While most folks would give this a chuckle and move on with their day, Brinkley saw it as an opportunity to make some quick cash. NUTS! tells the story of Dr. Brinkley and his bizarrely successful attempt to build an empire on a foundation of trans-species testicular transplants. While his methods came under harsh scrutiny from the American Medical Association, Brinkley proved that, with enough resourcefulness, determination and old-fashioned salesmanship, medicine doesn’t have to be an exact science.

Brinkley’s story is a fascinating piece of American history, bringing us back to the peculiar world of medical shows, snake oil salesmen and the power of the placebo effect. It also reminds us that much of our history is written by the most unexpected of authors. For example, in Brinkley was one of the first businessmen to harness the power of radio, building one of the most powerful radio towers in the entire world to extol the virtues of goat testicles.

Filmmaker Penny Lane takes the traditional documentary format of expert interviews, historical texts and records and injects animated dramatizations of the key moments that made up the Brinkley saga. It was a small touch, but it managed to set this documentary apart from the others by injecting the stranger than fiction tale with just the right amount of whimsy.

Perhaps the biggest success of NUTS! is the way in which the film draws the viewer into the fantasy world that Brinkley has created for himself in such a way that we actually want him to be the good guy. We want to believe that he is a bold new voice in the field of medicine. We want to believe that his unconventional methods are attacked by the AMA because they want to maintain their iron grip over the medical industry. We want to join the thousands of patients who swear that Brinkley is a bona fide medical genius. Considering the film’s concluding act, this is actually pretty damn terrifying.

In addition to telling an interesting story, NUTS! shows how easy it is for the charismatic, the wealthy and the powerful to exert a startling degree of control over others. People are so desperate for something—or someone—to believe in that they’ll gladly pay someone to drop a goat testicle in their scrotum for a shot at making their dreams come true. It’s this aspect of our nature that Brinkley took advantage of, and it’s something that quacks, charlatans and liars of today continue to abuse.

Despite the dubious nature of the film’s subject, NUTS! still manages to tell a very objective story. Even though Brinkley was taking his family on yacht trips and cultivating a vast estate on swindled money, the filmmakers paint the portrait of an ambitious man who quite possibly believed in the benevolence of his work. The filmmakers and animators struck a pitch perfect tone for this odd little slice of Americana, and any curator of the weird stories that are hardwired into our country’s history will thoroughly enjoy this film.