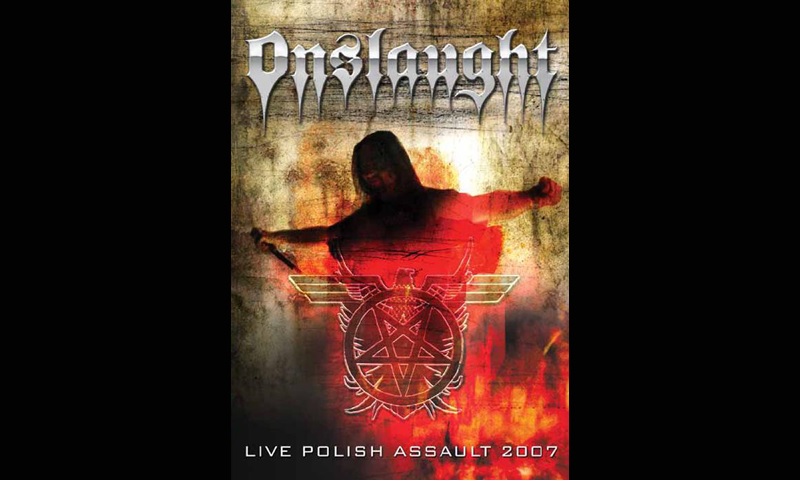 I have honestly never heard of Onslaught but apparently they’ve been around since 1985 though there was a period of long inactivity. I thought they were going to be standard Polish death metal boy was I wrong! I guess just because you’re playing live from Poland doesn’t necessarily mean your Polish thanks to the bio on the DVD I found out the guys are from Bristol and apparently in their early years they harbored more of a punk rock sound. Throughout the years and line-ups the sound evolved to standard thrash, which is reflected in the show on the DVD, which as it should include material from every album. The band wasn’t active from 1989 until this year when they released a record on Candlelight. The band plays decent thrash metal but as I assume you probably have to be a fan of the band to fully appreciate the show. Metal Mind seems to include the same stuff on all their releases in addition to the live show you have interviews with band members, bonus bootleg footage, discography and biography, desktop images so on and so forth. After watching the DVD I’m not going to run out and buy any Onslaught records but it was fun to watch. -Bryer Wharton