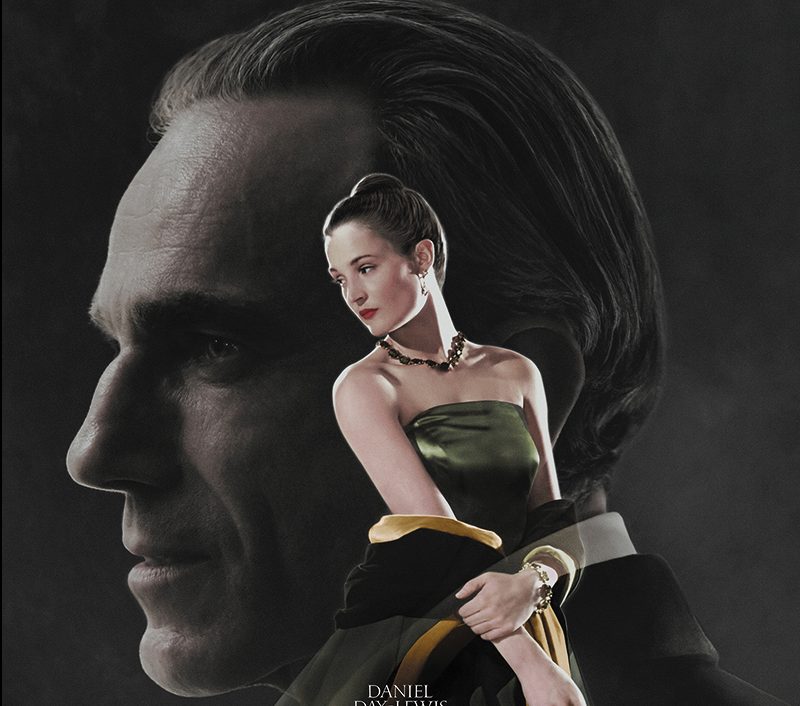 In Phantom Thread, Paul Thomas Anderson’s vision is as exquisite, meticulous and fixated as that of his lead character, Reynolds Woodcock. Played by Daniel Day-Lewis in reportedly his final film role, Reynolds is an intent couturier, an esteemed composer of dazzling women’s dresses. He works obsessively, feverish yet precise as he inks new designs, takes measurements, pins fabrics and directs his unflappable team of seamstresses. His seemingly cold and terse sister, Cyril (Lesley Manville), ensures that the many controlled demands of Reynolds’ daily and creative routine are met. From servants and seamstresses to heiresses and royalty, women come and go in the opulent House of Woodcock, perhaps most of all the lovers who serve as Reynolds’ muses and companions before he predictably becomes disenchanted by them.

Reynolds is a man haunted: by his artistry, by a conviction that he is cursed, by his dead mother, who taught him his craft. When Reynolds notices a warm, young waitress, Alma (Vicky Krieps), he courts her and later takes her measurements, and she quickly becomes his muse and lover. At first, it’s easy to assume that Alma is simply another brief player in the unyielding patterns, fragile regimes and toxic masculinity of Reynolds’ life: another muse, another mannequin, another stand-in for his mother. But we sooner than later notice Alma’s staring, strong will. Reynolds is less in control than we might think—more at the mercy of his forcible sister, his assiduous seamstresses, his wealthy clientele, his mother’s ghost than we first realize. As Reynolds’ and Alma’s push-pull becomes more oblique, more disruptive, more treacherous, we become haunted by one of Alma’s earliest lines to Reynolds: “Whatever you do, do it carefully.” The tender, the imploring, takes an ominous turn.

With superb cinematography and yet another gripping Jonny Greenwood score, Anderson’s is a ravishing inspection of the pursuit for aesthetic perfection, of love and power and their dizzying, sickly, perverse intimations. –Kathy Rong Zhou