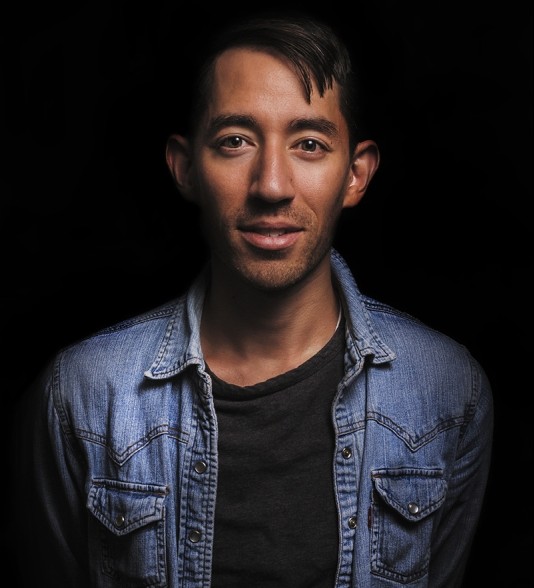 Plated In Gold: The Strongest Man at Sundance

Beef is the strongest man in the world. He charges through cinderblock walls one after the other at his construction job, and he rips on his gold BMX bike—his prized possession—on the streets of Miami. His muscles are rippling … and he snorts Pixy Stix on the beach with his best friend, Conan.Beef (Robert “Meatball” Lorie) and Conan (Paul Chamberlain) are best friends who gracelessly and humorously carry out a Don Quixote and Sancho Panza–style journey in The Strongest Man, a 2015 Sundance film in the “NEXT” section. “I think I have a hard time not putting some comedy in there,” says Kenny Riches, the film’s writer and director. After frequently visiting Miami and eventually moving there from Salt Lake City in March of 2012, Riches began developing the story for The Strongest Man in spring of 2013. This is his second feature-length film, following 2012’s Must Come Down. “[The Strongest Man] is just as much about a place as it is characters,” he says, referencing Miami. A key element of most any place, moreover, may well be the people. Riches acknowledges that the character economy in The Strongest Man serves as a caricature of “Miami types,” emphasizing their archetypes and “quirks.” Where Beef and Conan fill the roles of aimless early-30s construction workers, characters like the haughty, eccentric art collector, Mrs. Rosen (Lisa Banes), typify moneyed personages, which, in the film, enacts Riches’ comedic take on the dichotomy between the different classes of Miami people and the social friction between them.

“There’s a lot of money in Miami, and money is part of the culture,” says Riches. He suggests that a reason that Sundance accepted his movie is that it offers “a different kind of American cinema because it takes place in Miami, and Miami is a different America.” Representing the lower end of the socio-economic spectrum of this city, Beef cherishes his gold-plated BMX bicycle. “It’s not customed-out—it’s gold because it’s also a symbol of Miami,” says Riches. It’s an object of invested value, as it functions as Beef’s transportation and his favorite pastime. Beef’s bicycle evinces his Miami prerogative to flaunt his own little bit of excess, which cheekily satirizes a culture and place riddled with souped-up cars and other displays of wealth—Miami’s Bass Museum even features a gold-themed conceptual art exhibit. Once his bike is stolen, however, his desire and passion develop more so toward his crush, Illi (Ashly Burch), who is Mrs. Rosen’s niece and surrogate daughter. Afflicted by daunting anxiety in his search for his bike, Beef must navigate his valuation system amid loss, love and … chickens.

A chicken turns out to be Beef’s power animal, which he discovers when he goes to his “Safe Place” at the behest of the bourgeois, German-accented Guru Fred (Patrick Fugit) in a meditative yoga session that he takes with Illi and Conan. “In his brain, [Beef’s] a small person,” Riches says. “He wouldn’t see a powerful thing—he would see this strange chicken,” which serves as the crux of Beef’s characterization, that he would project his inner being as something contrary to his strength and muscly physique. Riches says, “I just felt like it was an interesting thing to have the juxtaposition of this man who thinks he’s physically the strongest man in the world, and then, on the inside, he’s very anxious and kind of reserved.” Beef’s struggle to overcome his anxiety and internal self-belittlement plays out in funny yet hair-pulling ways with Illi. Even in a conversation that he imagines having with her before they actually speak, he “bargains”—as Riches puts it—in his profession of his love to her: “I think you talk too much,” he says in his reverie, “which can be annoying, but it makes up for when I don’t have much to say.”

Meatball and Chamberlain aren’t formally trained actors. Riches met Meatball in Miami where, Riches states, he makes some performance art and is well-known in the local art scene. Riches describes Meatball as the “life of the party,” and says that when he met him, “he and I commiserated on the fact that we both had crazy anxiety, so that definitely dictated, ‘Oh, of course Beef has anxiety.’” Riches cast Meatball alongside his good friend Chamberlain, who, according to Riches, flirted with becoming a traditional actor. Their characters’ personalities and friendship arose as a “mix of me and the actors that play the characters and totally fictional elements as well,” says Riches. “As far as their interactions go—once you have an idea of the way a character is going to be throughout the story—they kind of dictate to you, as you’re writing, how they’re going to interact.” Riches allowed for a large degree of interpretation on the part of the actors in The Strongest Man, and Meatball and Chamberlain shaped a veritably real friendship filled with existential musings and their quest to find their spirit animals (Conan’s is a dog).