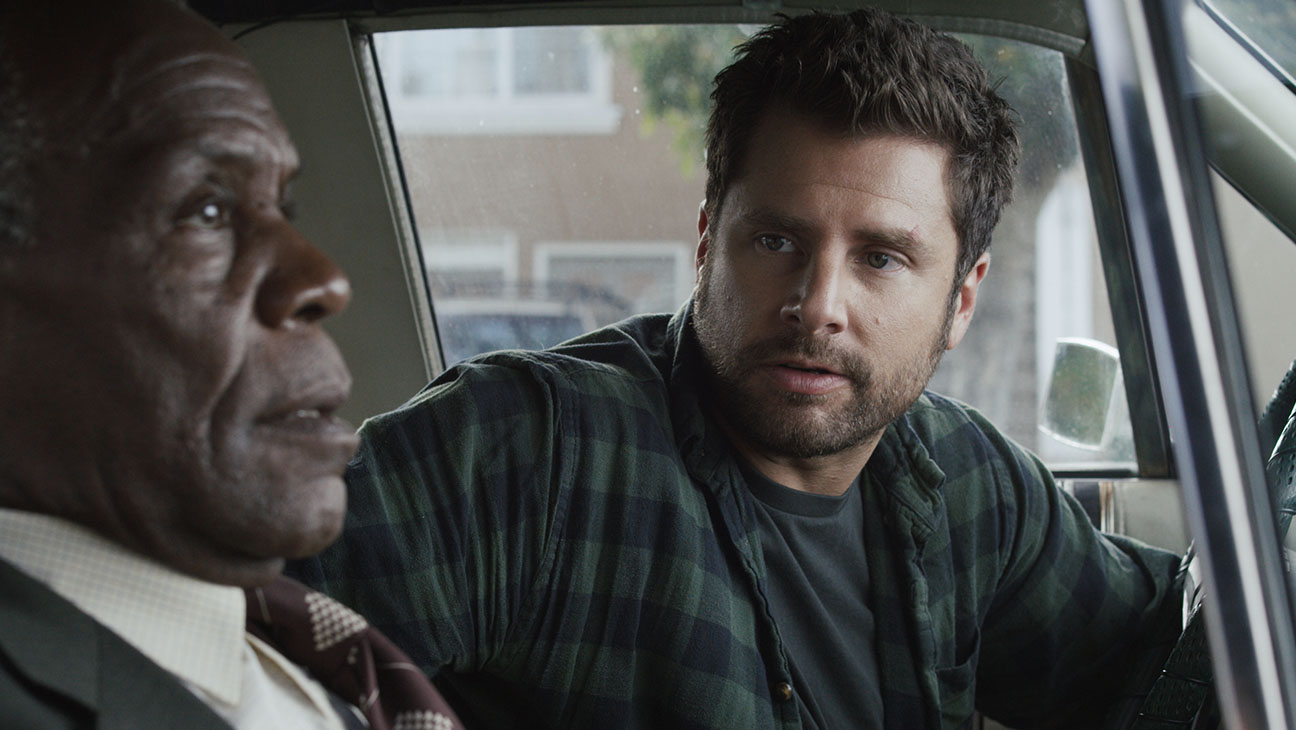 At the beginning of Pushing Dead, the main character Don (James Roday) laments the fact that HIV and AIDS seem to have been downgraded to something like herpes in today’s national consciousness. It’s an interesting tone to set for director Tom E. Brown’s darkly comic, semi-autobiographical account of living HIV-positive for the past 30 years. He reminds us that HIV and AIDS are still a part of many people’s lives, but he also takes great pains to avoid heavy-handed agendas and preachy overtones that could be rife in a film like this. Instead, he prefers to treat Don’s relationship with HIV as what he has called “a love story between a man and his disease.”

Like any good love story, Pushing Dead’s focus is on showing us a realistic relationship—although it falls on Roday to portray both sides of this unconventional tale. Roday relies on the same easy charm that he exuded in Psych, but his ability to find the deep melancholy of Don’s character is what makes the performance memorable. The result is a character who is easily relatable, but who also lets us know that his pain is a special kind of pain that only he truly understands.

The audience first feels Don’s pain when he deposits a birthday check from his mother, which provides enough of a boost to his limited income that he no longer qualifies for government-subsidized medical insurance. The bills for his HIV medication skyrocket, causing Don to confront the series of harsh realities that come his way. It’s a well-constructed critique on health insurance in America—the mere fact that a situation like this continues to be a reality for Brown and thousands of other Americans struggling with HIV is enough to get more involved in America’s health care problem. Brown presents this conflict with no political preamble, no cultural agenda—it’s just an honest dose of reality for those of us who have been a bit more fortunate than others.

Along the way, we meet a few other offbeat characters who make up Don’s fractured support group of friends. Like Don, each of them carry their personal tragedies close to their hearts. Bob (Danny Glover) owns the club where Don works hosting a sparsely attended open mic, and happens to be hitting a rough patch with his wife Dot (Khandi Alexander). Don’s roommate Paula (Robin Weigert) is perpetually single, hinting at some unaddressed social anxiety. It’s an unlikely group of oddballs that end up becoming Don’s surrogate family as he learns how to see his circumstances in a positive light.

Where Pushing Dead succeeds with capturing the uphill drama of Don’s everyday struggles, there are moments when the narrative stumbles. For starters, most of the film’s scenes seem to have been constructed independently of the others. After some time, we start to notice similar patterns and motifs, but they could be threaded together with a bit more effort. While I could see that this lack of transition was important to the story—it gave the film a day-to-day grind kind of feel—it does make the film progress at a meandering pace. The director’s experiments with surrealism also didn’t quite stick—they may have worked if the film was telling a different aspect of Don’s story, but surrealism doesn’t tend to play nice with realism.

As a whole, Pushing Dead tells an important story. Cultural sensitivity for those who suffer from HIV and AIDS has taken a serious hit, and we can all relate to Don’s frustrating experience with the American healthcare system. Plus, let’s start putting James Roday in more stuff—he really is the heart and soul of this film. –Alex Springer