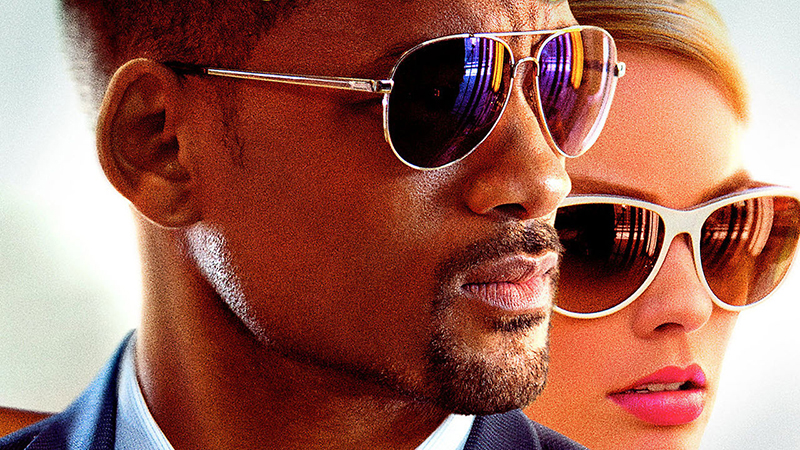 Glenn Ficarra and John Requa are former writers-turned-directors who have been pretty spot-on with the movies that they’ve had their hands in making. From the underrated I Love You Phillip Morris to their screenplays for Bad Santa and the remake of The Bad News Bears, the duo has consistently entertained. Focus is their newest movie, starring Will Smith and Margot Robbie (The Wolf Of Wall Street). This is a fun—if not overplayed—classic “one last score” con movie. Smith plays Nicky Spurgeon, a seasoned con man who is in the midst of his newest scheme when he spots an old flame from his past, played by Robbie. The two get romantic once again while conning targets large and small.  Now, most of the problems I had with the film were with the cons they were pulling. They ranged from believable to you-got-to-be- kidding-me ridiculous, and the ending was kind of a letdown. Most con flicks play up to a surprise ending. This film kind of had that, but it ended up being more along the line of “Eh, who cares?” In the end, Focus is a perfect rainy day movie—one you’ll throw on, be entertained by and afterward forget ever existed. –Kenny Tadrzynski