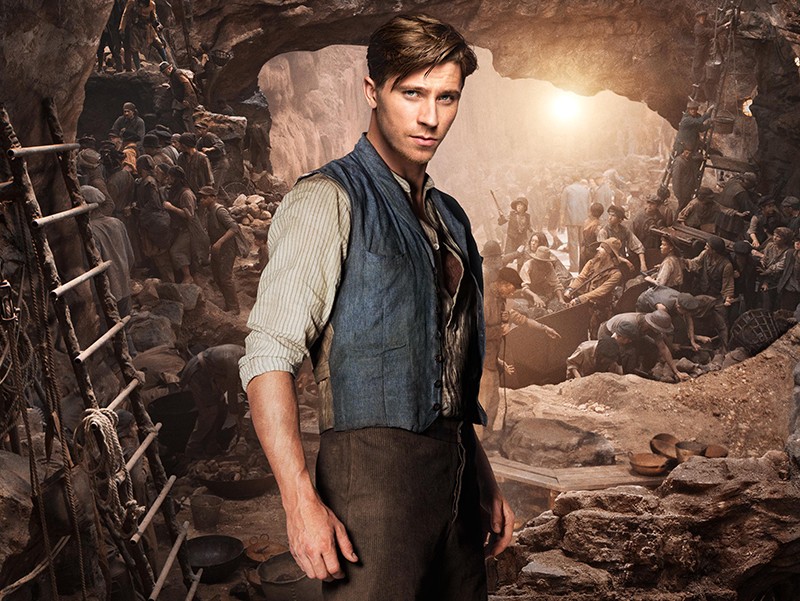 Every single time I told someone another Peter Pan movie was coming out, I received the same reaction: “Why?” The twist to this tale is that it’s the prequel to the legendary classic, so again, I ask the same question: “Why?” If you know me at all, you’ll know how much I looooooove prequels. The entire notion is needless. Sure, it’s an interesting take on having nuns sell orphans to Neverland pirates to mine for pixie dust, but hold that sword to Peter’s throat all you want and I still know he’ll become Peter Pan as surely as Anakin Skywalker will become Darth Vader. There’s no danger. There’s no thrill. The only positive elements of director Joe Wright’s fantasy are the visual effects and the costumes, because it’s certainly not from the acting. Does Hugh Jackman have it in his contract that he must sing in all of his performances? Because why on Earth does he randomly Moulin Rouge it with renditions of Nirvana’s “Smells Like Teen Spirit” and the Ramones’ “Blitzkrieg Bop,” and no one else does? Also, I don’t know which memo Garrett Hedlund received about how everyone was going to act in this film, but his cartoonish delivery of James T. Hook is a blended mutation of Jack Nicholson and Sam Elliott portraying Indiana Jones. In all, the entire project is an unnecessary mess, and you’re better off watching Disney’s animated classic. –Jimmy Martin