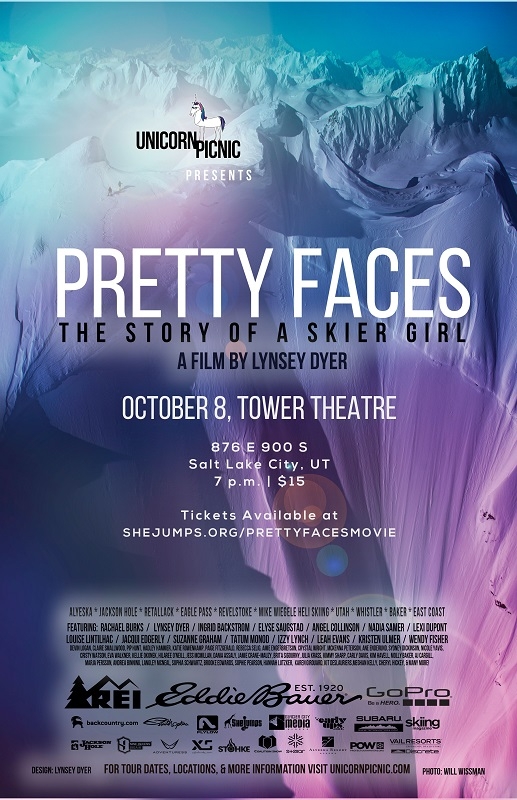 Pretty Faces is a bright, lively and ambitious narrative that genuinely reflects the inherent beauty that women in the outdoors possess.

Review: Pretty Faces – The Story of a Skier Girl

Pro skier Lynsey Dyer has done it again. It wasn’t enough for her to stun the outdoor world with her awesome and empowering women’s organization, She Jumps. She exceeded everyone’s expectations by making the amazing, all-female ski film, Pretty Faces. Join Dyer and lighthearted pro-skier friend Rachael Burks as they tell the story of “ballsy” females in a men-only recreational world. This film, though, is not an apology or an excuse aimed at the plight of women in a competitive action sports scene. Pretty Faces is a bright, lively and ambitious narrative that genuinely reflects the inherent beauty that women in the outdoors possess. From reminiscing about old-school skiers like Wendy Fisher, Suzy Chaffee and Lynne Weiland to observing the female skiers of today, this film shares the importance of chasing one’s dreams, embracing who you are and believing in the impossible. Unlike a lot of other action-sport films, Dyer’s production truly has a plot and take-home point of inspiring command. At the movie’s apex, we see the ladies wickedly shred down brilliant lines found only in the momentous Alaskan peaks. Just as the title suggests, watch these hard-ass pretty faces conquer and connect to the magnificent pretty faces of the mountains. Watch and grasp the marvelous.