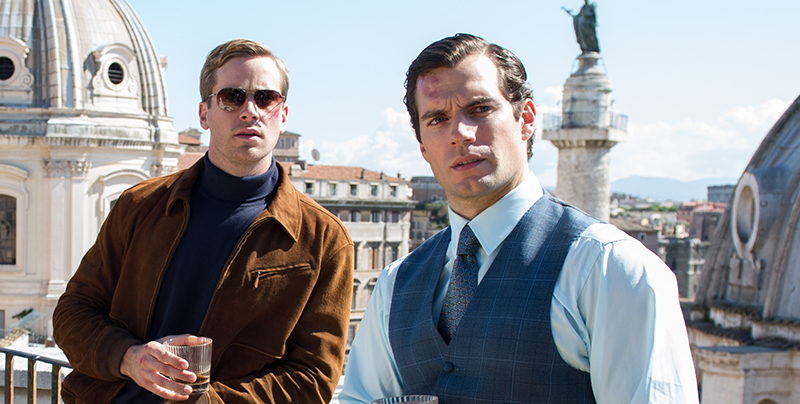 So far this year, we have been rewarded with multiple fantastic espionage films, and Guy Ritchie continues that pattern with yet another spy franchise based on a 1960s television program. In this rendition of The Man From U.N.C.L.E., Napoleon Solo (Henry Cavill) is the CIA’s top agent, and Illya Kuryakin (Armie Hammer) is the KGB’s most efficient operative. While both hate each other with a passion, the two must unite and work together to stop an underground lawless association from developing an atomic bomb and wiping out our existence. Ritchie uses the “less is more” filmmaking approach and offers some of the most unique action sequences in recent Hollywood projects. For example, rather than showcasing an action sequence involving two boats and machine guns in a traditional method, viewers experience the majority of the set pieced through the reflection on a truck’s windshield. It’s incredible and hilarious. Joining the boys is Gaby (Alicia Vikander), who may or may not be all that she presents herself to be and adds yet another engaging layer of ruse to the proceeding events. Ritchie perfectly captures a 1960s tone with the cinematography, editing, score, set design and costumes. This is easily the best spy film of the summer and certainly the greatest surprise of the season, too. –Jimmy Martin