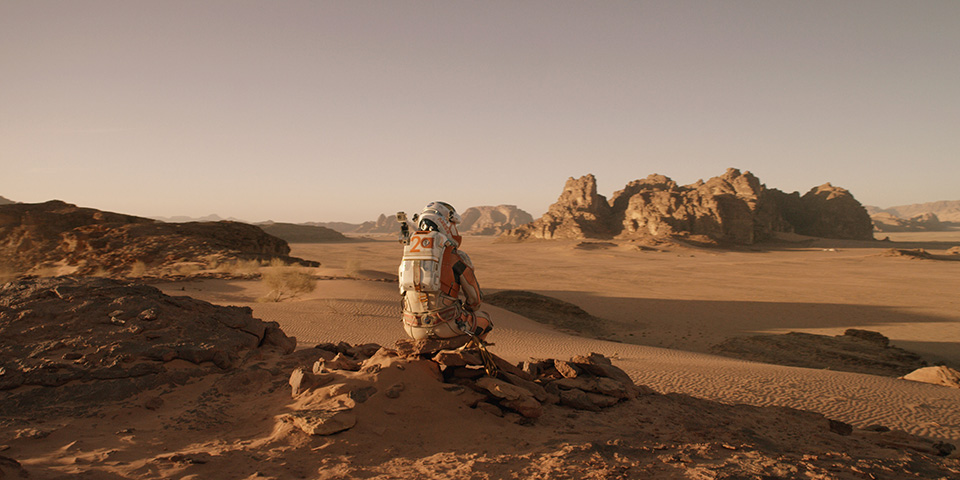 Whenever the two elements of Ridley Scott and science-fiction merge together, we are bound to endure something truly engaging. From Blade Runner and Alien to Prometheus and, now, The Martian, Scott has entertained audiences with his brilliant style of filmmaking that brings the genre a little closer to reality. It’s not a surprise (it’s quite ludicrous) that many believe the story of NASA astronaut Mark Watney (Matt Damon) being left on Mars after a massive storm is based on a true event (Really, folks? Really?), because Scott does everything in his power to make you want to believe it’s real. As the botanist continuously solves one problem after another, his fellow scientists work endless hours trying to find a way to bring him home. It takes a gifted actor to be able to entertain audiences without any other performers by their side for the majority of the production, and Damon doesn’t drop the ball once. The screenplay, adapted from Andy Weir’s novel, is as gripping as it is hysterical. It’s been a long time since I wanted to stand up and cheer for the hero at the credits, but Scott, once again, had me walking out of the theater beaming ear to ear. By far, this is one of the best movies of 2015. –Jimmy Martin