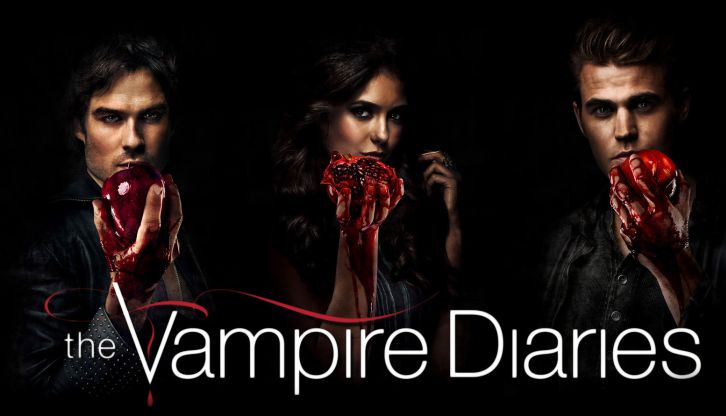 For the past six years, I’ve been aware of The Vampire Diaries. I knew that it had the guy who played my least favorite character from Lost, and I knew he played a vampire—apparently one who writes in diaries—but that was it. The show is beginning its seventh season on the CW this fall, so it’s safe to say that it has a decently avid fanbase, but the real question is this: How does the individual quality of its sixth season stack up to a guy who has watched nary an episode?

The Story So Far

Season six of The Vampire Diaries begins with protagonist, college freshman, fledgling vampire, and hallucinogenic herb enthusiast Elena (Nina Dobrev) as she struggles to cope with the fact that Damon Salvatore (Ian Somerhalder, AKA the guy who played my least favorite character on Lost) has been magicked to an unknown destination. Apparently, she used to be in love with Damon’s brother Stefan (Paul Wesley), but now she’s totally into Damon, and his sudden teleportation has likely killed him. In reality, Damon was zapped to a prison dimension with Bonnie Bennett (Kat Graham), the witch responsible for getting them into this mess in the first place. The dimension is also holding a dude named Kai Parker (Chris Wood), who appears to be hotly evil. As the The Vampire Diaries unfolds, we’re treated to werewolves, druids, vampires, wizards, vampire wizards and a surprisingly violent wedding. These events all lead up to Nina Dobrev’s departure from the series—an obvious bombshell to fans since she’s the main character and all. The Vampire Diaries was created by Julie Plec and Kevin Williamson, two showrunners that were savvy enough to hook the young ‘uns by wisely capitalizing on the Twilight craze. It doesn’t hurt that there’s also a wide variety of attractive young people who find themselves in sticky paranormal situations, and over the course of six seasons their character arcs have taken them to some weird new places. While it’s a difficult process to keep things fresh, it helps that The Vampire Diaries seems to know exactly what kind of a show it is and exactly the kind of audience that is going to enjoy it, which is why it’s been able to establish a strong fan base and ride it for six seasons. It’s not necessarily my thing—I like my vampires to come without the benefit of daylight rings and humanity switches—but it expertly blends angsty, soap opera romance with the supernatural, so I get why it’s so popular.

Along with the staple deleted scenes and audio commentaries, the Blu-ray copy comes packed with a few featurettes and a gag reel that’s always good for a chuckle. One featurette had actors read fan reactions to the events from season six on Twitter, which was a funny idea until Candice Accola starts throwing shade at the viewers. Sure, they post dumb shit about the show on Twitter, but posting dumb shit on Twitter is the lifeblood of a TV show. If it pays the bills, don’t knock it.

Fans are also treated to a farewell feature for Nina Dobrev, along with cast members Steven R. McQueen, Marguerite MacIntyre and Michael Trevino. It’s cute to see actors get all misty-eyed when their fellow cast members move on. It reminds me of the cast reactions to all of the deceased characters on The Walking Dead.

Based on my limited experience, season six was a big one for The Vampire Diaries. The final episode in which the recently de-vampirized Elena gets knocked out by a sleepy spell, possibly to never wake up again, seemed like a cop out. It’s a bit too obviously engineered to give Dobrev a way back into the show just in case her acting career doesn’t pan out, and the cheese-tastic friendship montage in which all of her buddies enter her thoughts for some last-minute bonding was syrupy nonsense. While I’m not sure I’ll stick around to see what happens in season seven, I’m sure the show’s legions of fans are dying to know what a now Elena-less series will do next.