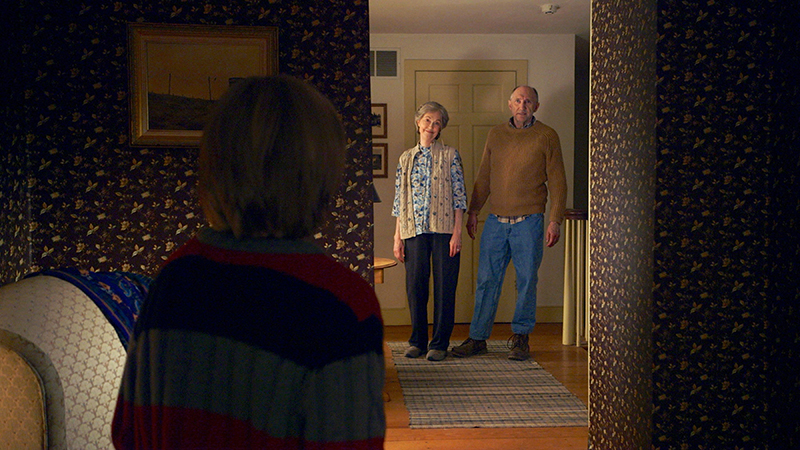 I’ve done the math. It’s been 13 years since I’ve watched a movie directed by M. Night Shyamalan and thought to myself, “That was fairly decent.” Since then, it’s been train wreck after train wreck, and after viewing his latest endeavor, it appears that the next 13 years will be exactly the same. In the ever-so-unique style of filmmaking, Shyamalan has jumped on the found-footage horror bandwagon and delivers the tale of two siblings visiting their estranged grandparents in the form of a documentary. As each night approaches during the week-long trip, Becca (Olivia DeJonge) and Tyler (Ed Oxenbould) discover something is awry with their relatives. Shyamalan attempts to blend comedy and horror, yet accidentally incorporates depression into the mix and ultimately concocts an unbalanced creation that fails on all sides. The film is only 94 minutes long, but, aside from a few cheap scare tactics, nothing really happens for the initial 80 minutes. To make matters worse, Becca comes across as a pretentious filmmaker, as she spouts off all the film school 101 terminology she can muster. However, since Shyamalan himself wrote the dialogue, it makes the situation escalate, since he has no business trying to offer film tips to his audiences. Thirteen years, folks. Thirteen years. –Jimmy Martin