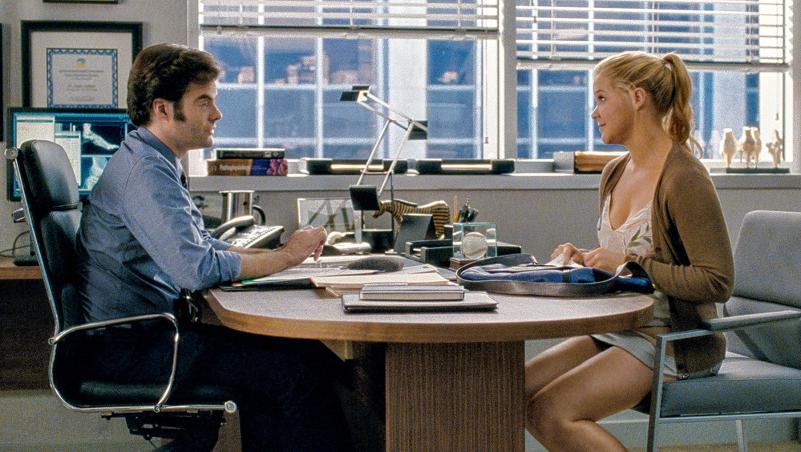 I make it no secret that I have a huge comedy crush on Amy Schumer. Now that Trainwreck is out on DVD, Digital HD and Blu Ray, I am spared from having to go see a romantic comedy in a theater with dozens of adorable couples on date night. Sometimes, I just want to sit at home with beer and watch a romcom by myself with my cats like a normal human being. Trainwreck pairs an all-star cast with excellent writing, and twists the tired tropes so often seen in romantic comedy. Instead of a good girl meeting a bad boy from the wrong side of the tracks, we get to follow around Amy (appropriately played by Schumer) who is the kind of girl that doesn’t settle down, drinks and parties hard. She’s a feisty writer that works for a (hilariously) misogynistic magazine, and is competing to be one of the “cool girls” that just behaves like one of the guys. So, she’s basically like lots of girls who didn’t get married in their early 20s and instead got a good job and were a little disillusioned with the whole “monogamy” thing. It was almost like watching my own biography at times.

Rest assured, Trainwreck is not your typical romantic comedy. Think of it more as the kind of comedies you usually see fronted by guys who hit a point in their life when they have to grow up, and then switch the genders. Amy is just a girl in a point in her life where her sister has a family, her dad is very ill and her dream job is turning into a nightmare. She meets a good guy and has to decide if she’s willing to be part of a relationship or continue her “trainwreck” life. Oh yeah, and it’s funny as hell. The unrated version has some moments that are pretty out there, so I can only imagine what had originally been left on the cutting room floor. For instance, imagine the most obnoxious lover with the most ridiculous safe word you’ve ever heard of. Then, make that potential lover a minor. In theory, it sounds horrible, but I actually had to pause the Blu Ray because I could not stop laughing.

Aside from the fact that Trainwreck is one of the funniest films I have seen in a long time, the bundle package made everything worth it for one reason: John Cena. The supporting cast is phenomenal, with help from Lebron James, Colin Quin, Tilda Swinton and even the weirdest of appearances from Daniel Radcliffe, but Cena is a stand-out. He plays Amy’s “kind of boyfriend” and everything that comes out of his mouth is so over-the-top homo erotic, it’s amazing anyone could keep a straight face. The bonus features include an additional five minutes of him spouting off line after line of insults in a theater, proving that not only can this pro-wrestler act, but he’s also fast with the comedy. I typically find that most bonus features seemed tacked on, but the add-ons here were enjoyable. Not only do you get Cena’s extra ranting, you get more of a Line-O-Rama from others such as Schumer and Quin. There’s also the essential gag-reel, deleted scenes and commentary for those die-hard, behind-the-scenes kind of fans. As an additional dose of nostalgia for all of those who clearly remember the ’90s, Method Man makes an appearance as a nurse in the old folk’s home, and we are treated to a wonderful additional five minutes of him explaining the “Secrets of the Wu” to Norman Lloyd, who would now like to be the new Ol’ Dirty Bastard.

If you are a fan of comedies—and not just the “romantic” variety—you wouldn’t be disappointed by a long shot if you just picked up the whole package. This is one for the girls, the guys and all of those still trying to figure out how to “adult.” If you are single and dating, you’ll appreciate the revolving door of men Schumer parades around. For those in relationships, you’ll nod your head while trying to not make eye contact during the scenes where things feel painfully real. If you’re over the whole relationship thing yourself, then you’ve got a kindred spirit in both Quin and Schumer’s characters. There’s something for everyone in here, and it’s definitely the kind of comedy I can watch over and over, which is becoming rare. Grab a friend or Tinder date, some Jim Beam and make it a “Trainwreck and chill” night.