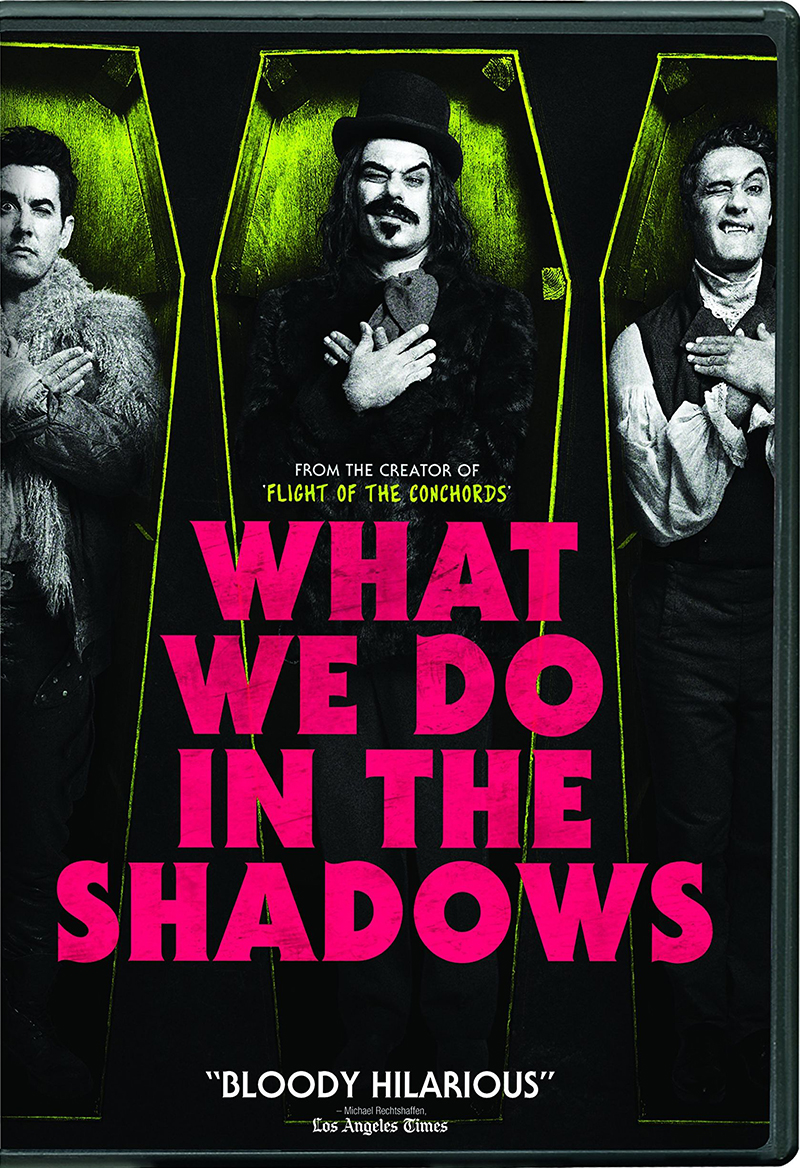 Review: What We Do In The Shadows

What We Do In The Shadows

One of the weirdest aspects to this film before I ever saw it in a theater, was that it had so much hype around it, not just from the cast and directors, but also with the concept and the Sundance buzz—then it took a year for it to show up in actual theaters, and it was difficult to find. How could this awesome comedic gem not find its way into our hearts by Halloween? But to hell with all that—now, the film is widely available and Paramount has made sure it was worth your cash. Hilarious directors’ commentary, tons of deleted scenes that are both clever but equally annoying (you can see why they were cut), interviews with cast and crew, and a behind-the-scenes featurette add a lot more depth to something that was very meta and hilarious on the surface. The posters, the promos and the video extras aren’t necessarily all that great, but considering you’re getting about 140 minutes worth of bonus content on top of a hilarious vampire film, I’d say the detriment is worth overlooking. Its a must-own for any horror fan with a sense of humor. –Gavin Sheehan