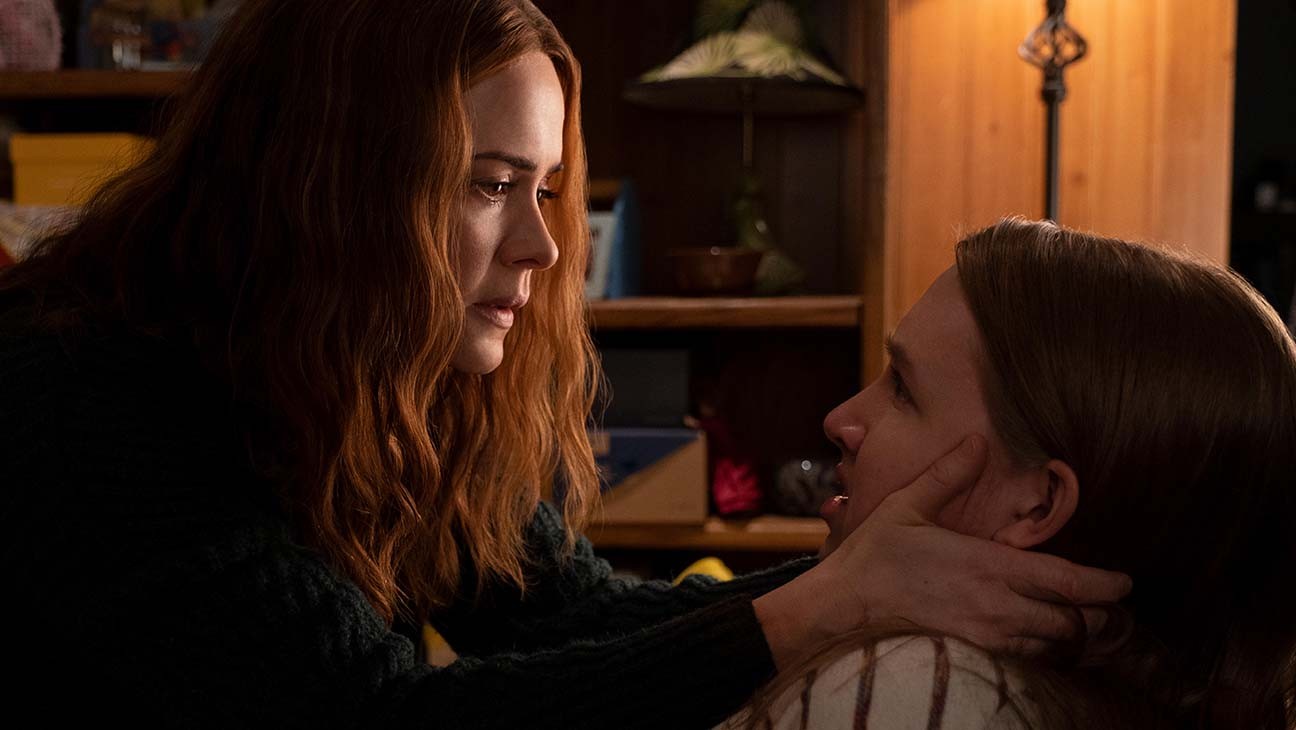 There isn’t a suspense director out there who doesn’t dream of being compared to the legendary Alfred Hitchcock, and a select few—the name Brian De Palma comes to mind—have spent their careers trying to be him. Aneesh Chaganty, the talented young director who gave us Searching, is the latest example of such a filmmaker: With his new thriller, Run, he’s wearing that on his sleeve, going the popular route of emulating Rear Window. But his approach to doing so is certainly the most unique one that I’ve seen done.

Chloe Sherman (Kiera Allen, Ethan and Sky) is a 17 year old who is applying to various out-of-state colleges. While going out into the world on your own that first time is a big deal to anyone, it’s a bit more so for Chloe, who suffers from a number of serious medical conditions including an irregular heartbeat and partial paralysis which confines her to a wheelchair. It will mean being apart from her dedicated but controlling supermom, Diane (Sarah Paulson, American Horror Story, Ocean’s 8), for the first time in her life, and leaving the isolated world the two have inhabited behind. But one day, when Chloe notices something strange about a bottle of pills, and her mother’s explanations feel less than convincing, a sense of uneasiness settles upon her. She begins to suspect that there are secrets her mother has never shared with her, and she becomes determined to find answers.

I’m about as torn in my feelings about Run as I am about any film this year, first of all, because Chaganty the director does some very impressive, even dazzling, work. Yes, it’s a Hitchcock tribute film in much the same way that Robert Zemeckis‘ What Lies Beneath was, complete with a relentless score that is not so subtly trying to evoke Bernard Herrman. But it’s done with incredible skill, from pacing to shot selection and camera movement to the tension that builds through the performances, and the suspense level was high enough to literally send me into a mild panic attack at one point. But Chaganty the screenwriter has crafted a story that relies heavily on the M. Night Shyamalan “if I hook them in, they won’t notice that this part doesn’t make sense” school of storytelling, and there are a lot of nagging questions, holes and one or two moments that strain credibility past the breaking point.

But Run does play well more often than not, thanks in no small part to Allen, who gives one of the year’s most impressive breakout performances, from her expressive face to her amazing physicality to an intensity that is going to be landing her a lot more starring roles. I felt a lot more ambivalent when it came to Paulson. I don’t deny for a moment that she’s a top-level acting talent, but I suppose I’m in the minority in that I tend to prefer her in more low key roles, much the same way that I do Anthony Hopkins, who wowed me far more in The Remains of the Day then he ever did as Hannibal Lecter. Perhaps it was enhanced by the histrionics of her recent series, the wretched Ratched, but I felt that Paulson was just too much from the word go, and I would have preferred someone for whom the role was more of a departure. Allen sold me on the belief that she was Chloe Sherman, a real person to care deeply about, whereas Paulson sold me on the fact that she, Sarah Paulson, is giving a good performance.

The most difficult aspect of this film for me, however, is the question of sensitivity. I’ve been connected to the health-care advocacy community in Utah for several years now, and it’s made me much more aware of the effect that representation on film can mean for those who are faced with a life-altering medical condition. While I ultimately believe that art must be allowed to be art, I still have to say that certain plot elements left me feeling uncomfortable with the exploitation factor. A lot of people—likely the majority—won’t be bothered at all, but some will be bothered even more than I was by it, and I feel compelled to speak up for them.

I’m still giving Run a recommendation for those looking for a skillfully executed nail-biter, but it’s a recommendation that comes with major qualifiers and even a nice big warning label. –Patrick Gibbs