00:00 / 13:13
Spotify Stitcher
RSS Feed
Share
Link
Embed
The Salty Horror International Film Festival was conceived by Mario DeAngelis four years ago as an avenue for local and international horror filmmakers to bring their dark and deranged ideas to cinematic life. 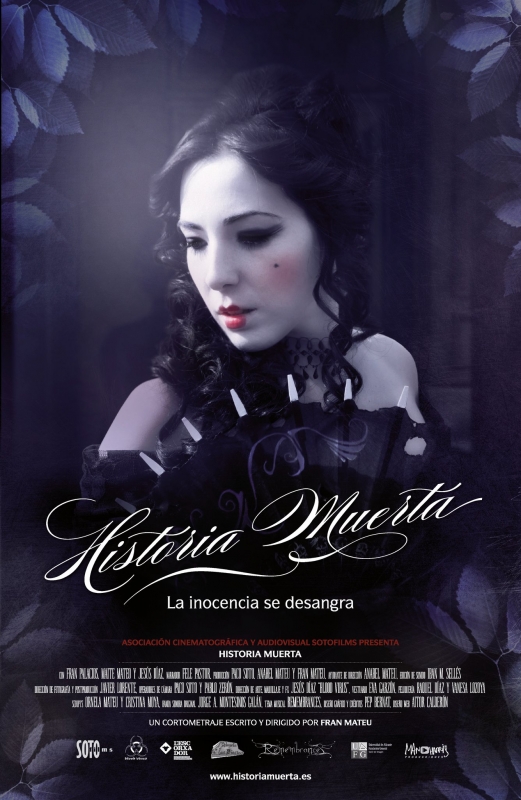 Being the agoraphobic shut-in that I am, I enjoy celebrating Halloween with an old-fashioned horror movie marathon. There’s something about sitting in a darkened room and watching wave upon wave of monsters, psychopaths and mutants wreak havoc on unsuspecting yet promiscuous teenagers that truly rings in the Halloween spirit. At times, I can be persuaded to venture outside for an event such as The Salty Horror International Film Festival—mainly because I can still get my horror movie marathon fix while simultaneously proving that, yes Mom, I do have a social life.

The Salty Horror International Film Festival was conceived by Mario DeAngelis four years ago as an avenue for local and international horror filmmakers to bring their dark and deranged ideas to cinematic life. This year, the festival spanned the final week of October, ensuring that horror fanatics had ample opportunity to satiate their bloodlust before the scariest night of the year. In addition to film screenings at the Broadview Entertainment and Arts University, Brewvies Cinema Pub and the Post Theater, SHIFF held special events on Halloween and All Saints’ Day (Nov. 1). What made them special? SHIFF was graced with the presence of Anne Serling, the daughter of Rod “Twilight Zone” Serling himself. After screening two episodes of The Twilight Zone on Halloween, Serling entertained any and all Twilight Zone related questions for audience members.

Though there was plenty of additional programming throughout the week, SHIFF is all about the films. Before I provide my assessments of a token sample of the many films I screened, there’s something that needs to be said about independent film at this level—they can’t be evaluated with the same criteria reserved for summer blockbusters with million-dollar budgets. The films of SHIFF tend to be a bit rougher around the edges and a bit harder on the eyes. In fact, the films that I liked the best were those that took their lack of budget and resources and used it to their advantage. These are horror films, after all. Part of what made Henry: Portrait of a Serial Killer so scary was its shoestring budget and documentarian aesthetic. That being said, here’s a list of films that stood out to me—some embraced their indie roots, some tripped over their grand ambitions, but all of them exhibited a frenetic passion for both the horror genre and filmmaking in general.

Historia Muerta (Dead Story)
Director: Fran Mateu
A Spanish vampire recounts the melancholy tale of his conversion to the world of the undead. The story unfolds in a velvety first-person narrative, set against a shifting backdrop of blurred scenery and actors in what I’m assuming to be the seventeenth century. A lonely man becomes the victim of a bloodsucking Russian noblewoman, only to be condemned to a life without her. The story itself is not scary as much as it is haunting and tragic; I actually thought the film—which was digitally retrofitted to look grainy and old—distracted from the simplicity of the story. I was also a bit uncertain as to what exactly happened at the end, but ambiguity can be terrifying in its own way.

Ella
Director: Austin Ethridge
As Ella opens with Goblin’s elegiac title track from Suspiria, it’s obvious that the filmmakers are huge Dario Argento fans. To their credit, Ella’s surrealistic atmosphere and hazy narrative definitely evoke the master of Italian Giallo. After overhearing a nasty argument between her parents, Ella is left alone in a house that is hiding a dark secret. As Ella explores the rooms she’s not allowed to enter, it’s difficult to suppress the feeling that something is hunting her. The film’s tension coils like a spring—which is very fun to watch—but falls a bit flat during a seemingly forced scene in which Ella’s father explains the presence of the two freakish individuals that Ella encounters while she’s alone. If the purpose was to capture an Argento-esque perspective, no explanation would be necessary—the audience should be left to its own devices.

The Ride Home
Director: Brandon Hobbs
This was a film that relied on snappy dialogue and a decent twist ending to tell a story, and in the world of independent film, that’s all one really needs. The film opens with a disorienting party scene in which, based on the reaction of several partygoers, something disgusting is happening off screen. Later in the film, this same scene is revealed to be the site of a crucial plot development regarding our main characters. Something about seeing a scene that is, at first, kind of funny be revealed as the site of a terrible murder makes the audience feel all gross inside—in a good way. And did I mention the dialogue? Pulling double duty as director and writer, Brandon Hobbs was able to inject his characters with enough personality to make them memorable despite the film’s short length.

Black Blood
Director: Jared Seaich
A genre mash-up the likes of Black Blood—a chop suey of elements culled from westerns, zombie flicks and steampunk—would be difficult to pull off with even the loftiest of blockbuster budgets. So tackling such an ambitious project with limited resources becomes, in the end, the film’s biggest struggle. But kudos to Seaich and company for going all in with such passion and enthusiasm. The plot revolves around a group of frontier misfits who band together in an effort to bring down a demonic, soul-stealing madman. Filmed in Kanab, the action takes place among the same red rock and desert that served as the backdrop for the likes of John Wayne and Cary Grant—it’s a beautiful place for a shootout among zombies and demons. Fans of the short-lived cult TV show Brisco County, Jr. will eat this up.

The SHIFF will be in full swing next year, but in the meantime, check out the festival Facebook page for any updates.