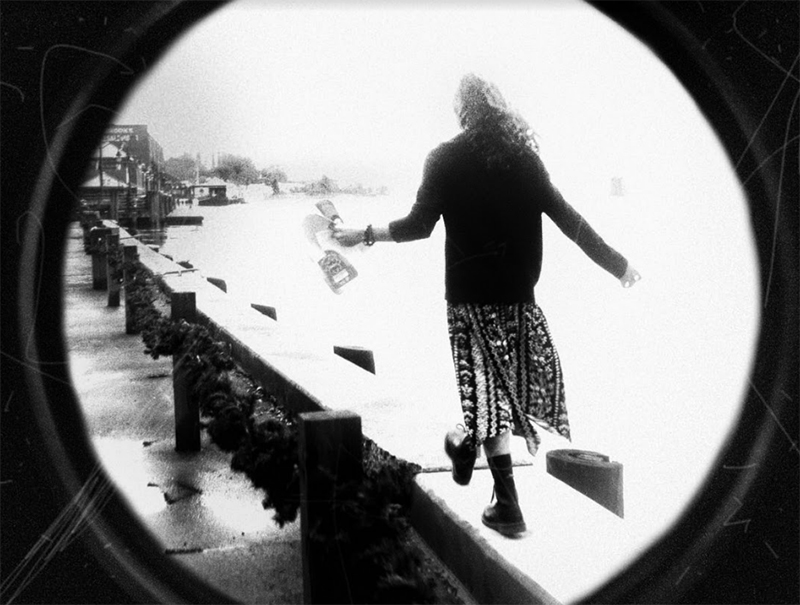 What exactly are we all searching for? Especially in our darkest moments, where do we look for light? Saad Qureshi’s new film, A Great Lamp, attempts to answer this question through an understated and surreal drama that unfolds in a Waiting-For-Godot style non-story. The three main characters’ (Max, Howie and Gene) hopes of witnessing a rocket launch are more important than the actual event that never occurs. The film crawls, spending much of its runtime on seemingly meaningless scenes that only make sense in the narrative’s slowly accumulating, grander meaning. One-off conversations about trauma, death, gender identity and more take place, and the casual nature in which these three characters undertake these weighty themes defines the film’s unforgettable style.

Much of Qureshi’s absurdism and nonchalant treatment of oddity resembles the early work of Harmony Korine, but with a more nuanced and empathetic lens. Where Korine’s films can verge on a humorous fetishization of poverty, A Great Lamp is a masterclass in character development and subjectivity, treating the players’ eccentricities as something not to be marveled at, but as an honest and invaluable part of their identity. Qureshi forgoes gross exaggerations in favor of creating characters who resemble the reality of a contemporary American population. Marked by a disenfranchisement and a disconnect from normalcy, they’re ultimately resilient and all the more beautiful for their refusal to sublate their unique personalities.

As far as plot is concerned, nothing really happens over A Great Lamp’s short runtime. However, this does not result in a lack of meaning or substance. Most of the film involves the characters of Max and Howie roaming the city, putting up memorial posters for the former’s grandma and slowly getting to know each other. They talk about their dreams, run from the law and bond over fishing through coins in fountains. Both are disconnected from their family and homes, so there’s a heartwarming sense of unity over shared loneliness. The best scenes feel almost improvised, as if the line between the characters and the actors have vanished. A particularly moving scene between Howie and an older woman on the street unwraps the metaphorical meaning of the upcoming rocket launch, giving the interaction a realist spin that culminates in one of the film’s most devastating moments.

Turning away from the film’s narrative, Qureshi achieves an equally stunning effect in his technical direction. The film is shot in crisp, hi-resolution black and white, interspersed with hand-drawn animations and grainy stills. It takes the already atypical story structure and further complicates it with full-on digressions, but they serve as better insights to the character’s thoughts than dialogue ever could. The music, too, is sparse but effective, only entering with percussion clips or eerie electronic noise when the plot deems it absolutely necessary. The film’s final act, especially, uses music to an unbearably evocative degree, a sequence full of pump organs, homophonic chanting and field recordings.

More than being an unprecedentedly emotional story, A Great Lamp makes crucial points about the coded ways we talk about what it means to be well-adjusted or independent, and why these terms might be ultimately futile. It takes three unlikely heroes and forces viewers to question what makes them unlikely in the first place. For how unassuming and left-field the film as a whole is, Qureshi communicates a timely message about the importance of community, kindness and honesty. It’s about the unlikely ties that bind us, and how important it is to never give up on yourself or others. –Audrey Lockie