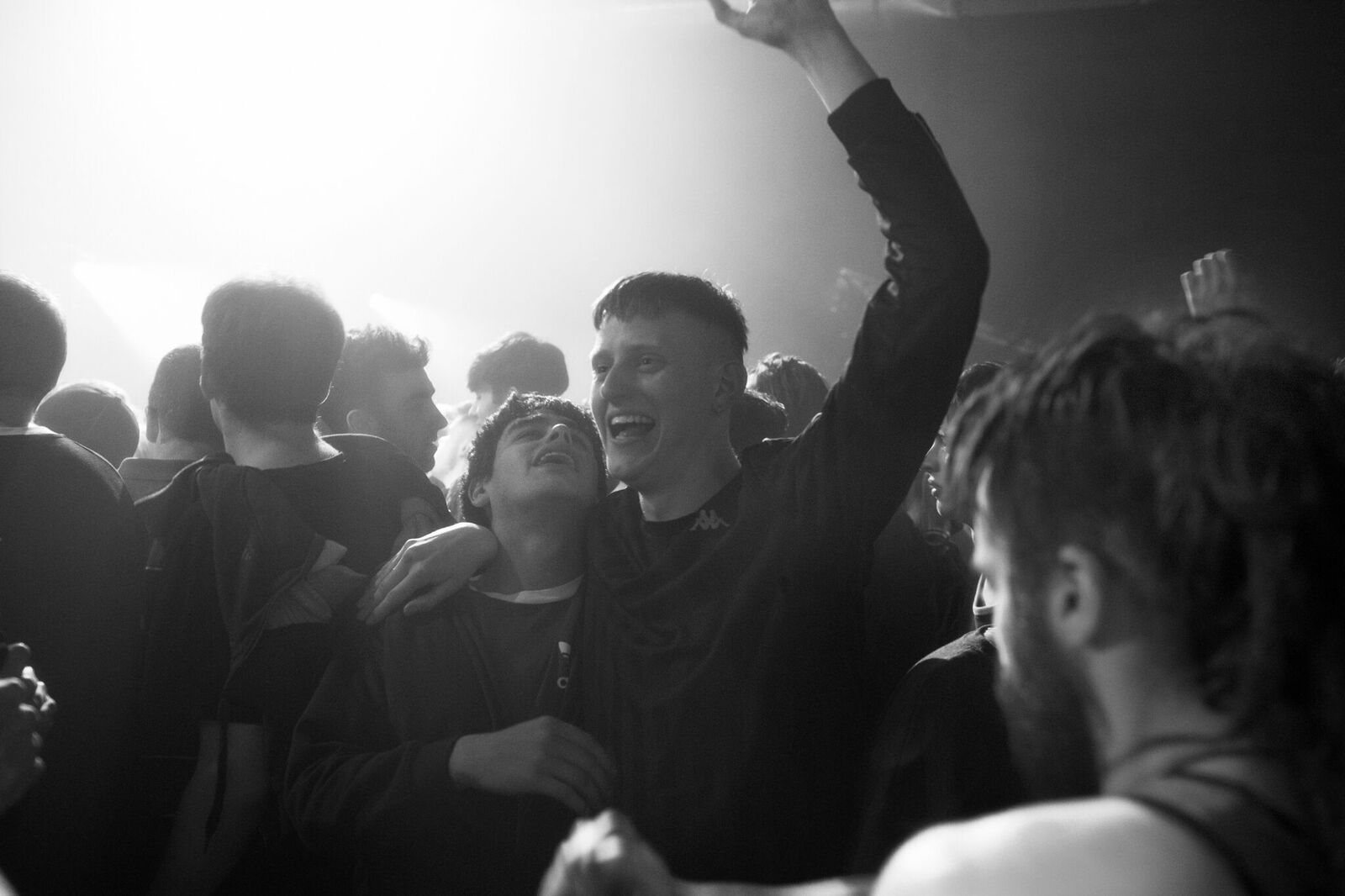 Beats, the latest from Scottish director Brian Welsh, follows young friends Johnno (Christian Ortega) and Spanner (Lorn Macdonald) as they attempt to escape the trappings of their dull, working-class families in 1990s Scotland. Their solution: make it out to a secret, pirate-radio-hosted rave in the countryside for the best night of their lives. Importantly, the film positions itself at the nexus of shifting cultural and political contexts, with Parliament recently introducing the Criminal Justice and Public Order Act of 1994—a bill that effectively tried to ban dance parties and the libations associated with them. New development housing, police brutality and the rising centrism of the left show up as well, but the main focus of the story is on the character drama of its two leads.

As far as plot goes, Welsh and screenwriter Kieran Hurley rely on the tried-and-true. Johnno’s step-dad is an honest but regrettably straight-laced cop. Spanner comes from a broken, abusive home that has unjustly earned him the marker of “bad kid.” Both teens are moody and disaffected, their true colors only emerging when they dance. If you saw Richard Curtis’ Pirate Radio, much of the same narrative and thematic material shows up here, just with a focus on the emergent jungle scene instead of early classic rock. Through their adventures in this cultural underground, Johnno and Spanner meet an array of colorful individuals, learning a great deal about themselves and the world around them in the process.

This admittedly overdone story plays out in a straightforward and uncomplicated fashion. Outside of the two exceptional leads, most characters are flat tropes. There’s the party-centric, liberated DJ who says things like, “They want to privatize our minds,” as well as the abusive drug dealer, who eventually gets left behind in a moment of satisfactory retribution. These familiar elements are far from offensive, but there are a few groan-worthy moments of obligatory campiness, like when Spanner and Johnno take ecstasy and say, “We’re gonna feel what we wanna feel, and we’re gonna feel it together,” or the where-are-they-now credits sequence accompanied by grainy polaroids.

Despite this overt predictability, Beats excels in its construction of the lead characters’ friendship. Ortega and Macdonald have bounds of real chemistry, a connection that gives every scene they interact in a laudable authenticity. Against the meatier, more aggressive male characters surrounding them, Johnno and Spanner display an emotional depth and tenderness that Welsh clearly endorses. These aren’t your typical nice guys who are just the same old jerks hiding behind an F. Scott Fitzgerald book, these two young men are legitimately affectionate, progressive and intelligent. There’s a few scenes that would normally suggest an underlying romantic or sexual drive to their relationship, but these instances could also just be a sign of deep, passionate connection.

If it’s not the most original movie, Beats excels in what seems to be its main goal: show the heartwarming and restorative power of true friendship. On top of this, it’s shot in a visually pleasing black-and-white, save one, single scene of colorful collage meant to replicate drugs. The dialogue as well is mostly above average, and, of course, the soundtrack is killer (catch a fantastic scene where Johnno becomes an early Autechre fan). While Welsh and Hurley have not situated themselves as the most groundbreaking of storytellers, they’ve more than made a name for themselves as empathetic, careful filmmakers. –Audrey Lockie