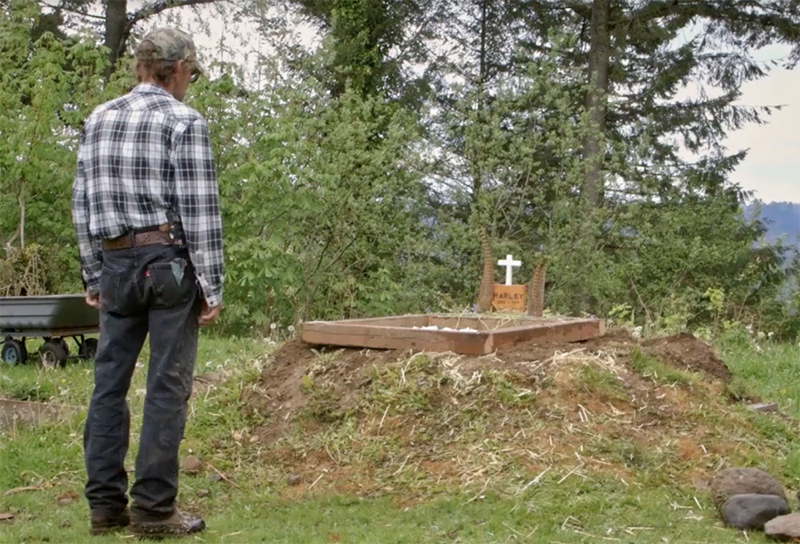 Slamdance Film Review: Behind the Bullet

Behind the Bullet
Slamdance Film Festival

Behind The Bullet begins with a montage of news clips, narrated by a cluster of the unmistakable sound of news reporters announcing countless tales of gun violence. The mood that drapes over the introduction feels desensitized by the normalization of these tragedies. In the beginning of the film, as a viewer, one can assume that the stories Yewman assembles together are with the intention to educate audiences about the seriousness of gun violence. We soon learn that, in actuality, the film is about guilt and forgiveness. Behind the Bullet tells the stories of Christen McGinnes, Will Little, Kevin Leonard and Taylor Dwyer, four people who, throughout the film, tell us how they have lived with the consequences pulling the trigger.

From start to finish, the film cuts back and forth between the four characters as they unveil the details of their somber stories—some carry hope, some regret and all of them with the common denominator of desperation to forgive themselves and find peace. With the exception of Taylor, a teenager who shot and killed his brother by accident when he was 8. Taylor’s distance and disconnect from the obvious remorse his parents share (each in a completely different way) is unsettling. One soon learns that Taylor also plays drums in a Christian band, in which his father, Daron, is the frontman. Daron tells the details of their tragic story as Taylor remains on the stage, as his way of healing is leaning on “god’s will.” This scene sets a tone—it feels like there is a lack of accountability with statements like “It was his time” and “God knows best” when referring to Taylor’s brother’s (Matthew’s) death, instead of reflection of what could have been done to prevent the tragedy. This makes it difficult to feel sympathy in the same way a viewer does for the other three characters.

Taylor’s part is distracting from the other three stories, as Christen, Will and Kevin  actively work toward closure and redemption in a more obvious way. There’s a part where the film features aspects of Taylor’s Youtube channel, The Dynamo Bros, where he and his peers blow things up. The film’s intention could be to address Taylor’s healing process, through this creative outlet. However, it is almost sobering to watch scenes of teenagers violently blowing things up after scenes of  the other characters healing through support groups, surgeries and reflection. It seems while the film is trying to elicit sympathy for Taylor and his family, scenes like this feel ironic, as it goes to show that they are displacing the blame for gun violence and almost brush it off.

With the film’s narrative choice of moving from one character to another in short increments, it’s challenging to emotionally invest in Christen’s, Will’s, Kevin’s and Taylor’s stories as much as their experiences deserve. Each journey, however, does teach viewers about the consequences of gun violence, I believe this is what Yewman was aiming for with this documentary. Additionally, It is hard to figure out who the audience is supposed to be for this film. Where it was presumably meant to be educational, it falls short because all the issues in the film are answered with vague metaphors and spiritual beliefs that don’t bring tangible solutions, as is the case of Taylor. The film ends with a choir-like song, four statistics and no mention of a solution to gun violence—and does not suggest gun control. The ways gun violence could be prevented aside, the religious foundations the characters have is a big part of how they individually choose to cope. I believe the point is that all of the characters look for peace and closure in their own way. –Bianca Velasquez