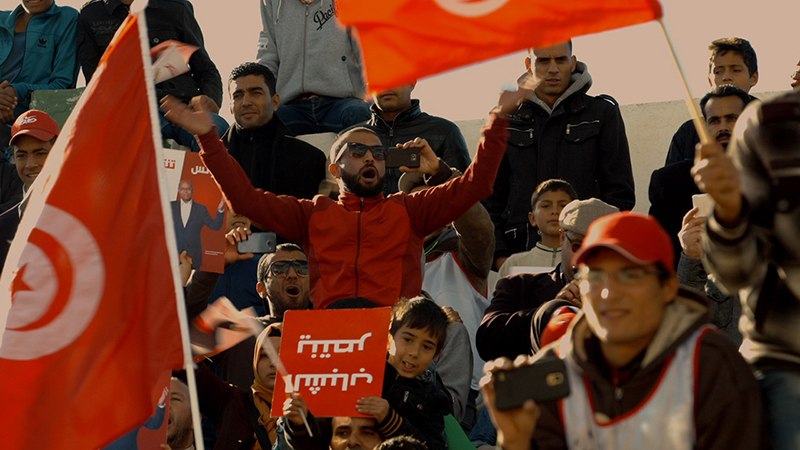 Freedom for the Wolf

Take five countries: Hong Kong, India, Tunisia, Japan and the United States of America. On paper, there are so many differences between these places. There are different cultures and values, and different impressions each country has left in the history books. Freedom for the Wolf showcases footage from all of these countries in the last three years, but instead of honing in on the superficial differences, it fleshes out each country’s political powers and how each are struggling to achieve their ideal political climate: democracy. Freedom for the Wolf is an eye-catching documentary that, while biased, includes opinions and arguments from both sides of the argument in each setting. The visuals are gorgeous, the message is powerful and the footage is at times heartbreaking, but all of these elements expose the truth about who is involved with protesting their leaders, what their reasons are for doing so and how these elected officials have been reacting to their cries.

While this film was easy to watch, it also was jam-packed with information from interviews and reports that almost feel overwhelming. However, they’re important because without every fact and every detail this documentary provides, the film wouldn’t be an exposé piece, it would just be another empty news-report. By incorporating personal stories and experiences with political jargon, the point of this film is driven home. You don’t only hear about the holes in these regimes, but you see how these plot holes affect the public every single day. Whether it’s violence and religious discrimination,  the recruitment and kidnapping of young men for ISIS, protestors living in tents on the streets, or police brutality, each personal experience adds depth to this film. I would say that these stories and experiences are where this film really shines. It’s refreshing to see a report that gives attention to countries other than America, as well as giving individuals, young and old, a voice. Especially considering that in most of these places, the people were promised a voice and their regimes simply didn’t deliver that opportunity.

Freedom for the Wolf is an eye-opening piece about what democracy really is and how illiberal and tattered democracy is within these countries. Not only does it make me realize the harsh realities of my own world, but it opens up the opportunity for me to see how harsh the realities are in other parts of the world. These struggles are things that I, as an American, don’t get to hear about on the evening news, and I think that it’s important to know just how similar our governmental systems are, as well as how hard people are working to gain their own voices and their own powers. This film touches down on the ideas of freedom that the public is fed and how in many ways, we may not be as free as we believe.

While it’s difficult to watch these struggles and these realities, I do think that Rupert Russell and his crew did an amazing job of delivering this information. There is a lot to pay attention to and there is a lot to process during the duration of this film, but it’s worth it. It’s rich in information as much as it is haunting and heavy on the heart, but Freedom for the Wolf is a well put-together documentary that sheds light on a subject that can’t be ignored. –Zaina Abujebarah

Preceded by documentary short Where Are You From (USA/China), directed by Xizi “Cecilia” Hua.