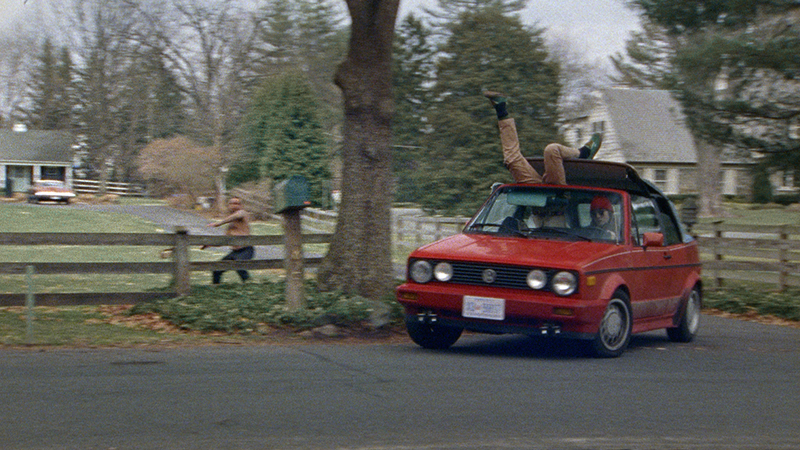 What better way is there to spend the holidays than with an acid-fueled investigation into the disappearance of your drug dealer’s girlfriend?

There really isn’t one, at least, not according to our unlikely heroes, Margaret (Kate Lyn Sheil) and Henry (Thomas Matthews), who would be best described as belonging to the most reprehensible class of rich, white Americans. They are young, carefree and self-absorbed with entirely too much free time on their hands.

The film begins quietly with a poem reminiscing about the past summer and the joy and freedom they all felt as a group of old friends who broke into a local pool. We see Margaret and Mark (William Jackson Harper) kiss, Sam (Keith Poulson) and Henry laugh as they splash in the water, a security guard chases them out, the group is clearly happy. There is an immediate sense of nostalgia and loss. Things have changed since then—the friends have drifted apart, Mark is getting married, Margaret and Henry have moved away, they are all growing up, and their lives have changed since their school years.

The film manages to retain these emotions even as the comedy picks up and their adventure begins. Acting on a whim and fueled by an ardent dislike for cops, Margaret and Henry decide to take it upon themselves to track down Amber Jones (Ismenia Mendes), who was recently reported missing by her father. They recognize her from a recent sex tape made by Sam’s drug dealer. Suffice it to say, this is not your average, amateur detective story.

The immaturity of the characters and the absurdity of their situation plays to the film’s advantage, keeping the audience engaged and allowing us to root for the success of our heroes while still acknowledging their many flaws. The artistic and often abstract narrative choices keep the story engaging and work to sell the absurd as plausible. Rather than a traditional narrator, short poems are used to bridge the narrative gaps and provide insight. The quiet conversations and attention to detail in the background add depth to the world, and the lighthearted score brings a constant reminder of the whimsy and playfulness of the story—it’s a film that works well to subvert our expectations and bring originality to what could otherwise have been a thoroughly formulaic structure. –Lois Brady