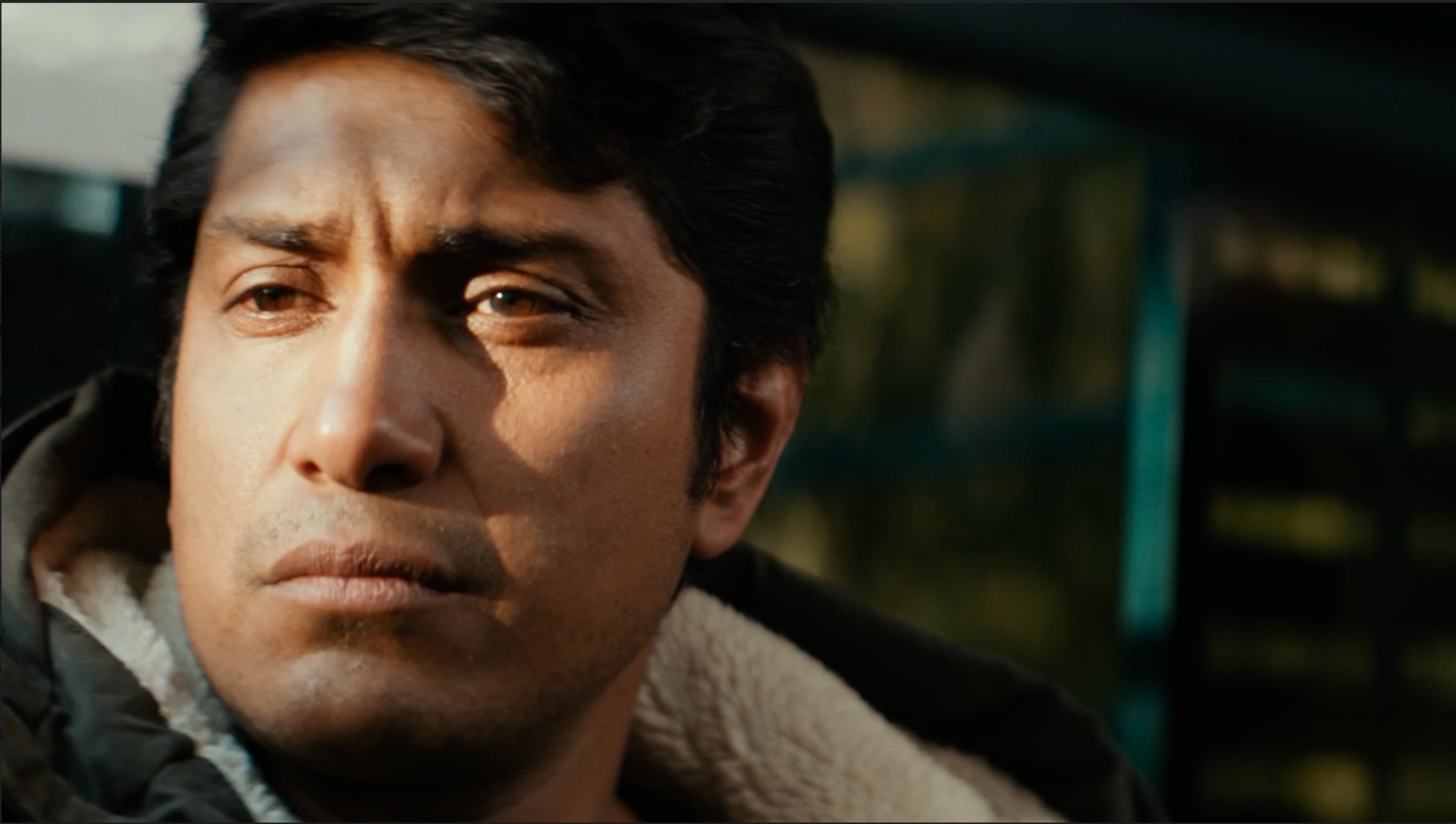 At the heart of Son of Monarchs lies the warring dichotomy between the sleek, fleeting promises of the modern world and the immoveable beauty of nature; between old-world traditions and a Eurocentric model of science built on unlimited progress. Mendel (Tenoch Huerta-Mejía) sits firmly at the crash-liable intersection of these poles: He’s the only member of his family to leave their small village in Toluca, emigrating to New York to pursue work in cutting-edge genetic modification studies (specifically, controlling the wing color of Monarch butterflies). He’s lost touch with the ways of his home—as evinced in many a stilted scene there and the reproaches of Mendel’s family upon his scattered visits—but New York still paints him as an outsider, particularly evident in Mendel’s interactions with his knowledge-hungry research advisor (played by William Mapother with his characteristically vague sense of villainous unease) and his budding relationship with an American woman (Alexia Rasmussen).

As Mendel navigates this cultural push-and-pull, director Alexis Gambis’ evocative use of color drives the emotional turmoil and beauty. Never does Son of Monarchs fall into a trap of portraying any of its settings as drab or harsh, never signaling that either of Mendel’s homes offer the true path to happiness. New York is full of bright neon lights, the purple glow of scientific machinery and the vibrancy of the city’s sprawling nightlife. When Mendel is in Mexico, he’s surrounded by floridly painted buildings, the rainbow-tinted expanse of the country and—most importantly—his beloved Monarch butterflies. The questions Mendel faces in Son of Monarchs aren’t based on an either/or, but rather a “how.” How can he at once hold on to his family and cultural history while still pursuing his love of scientific explorations? How can he find peace, when neither of his supposed homes seem to recognize his in-the-middle-ness?

In pursuit of this new synthesis, Son of Monarchs contains key moments where the film both visually and linguistically spreads into abstract poetics; single scenes (five or less) peppered throughout the film where Mendel finds a salve for his conflicts through ritual, remembrance and respect for the natural beauty of things. Heart-wrenching odes to the Monarch butterflies overlay scenes of surreal nighttime ceremonies, and here, Mendel embodies the natural evolutions of the insects he’s so carefully dissected. In these nearly hallucinogenic scenes, the tug-of-war of the binaries vanishes, and we see Mendel as something neither human nor animal, neither north nor south nor east nor west; simply, there. –Audrey Lockie