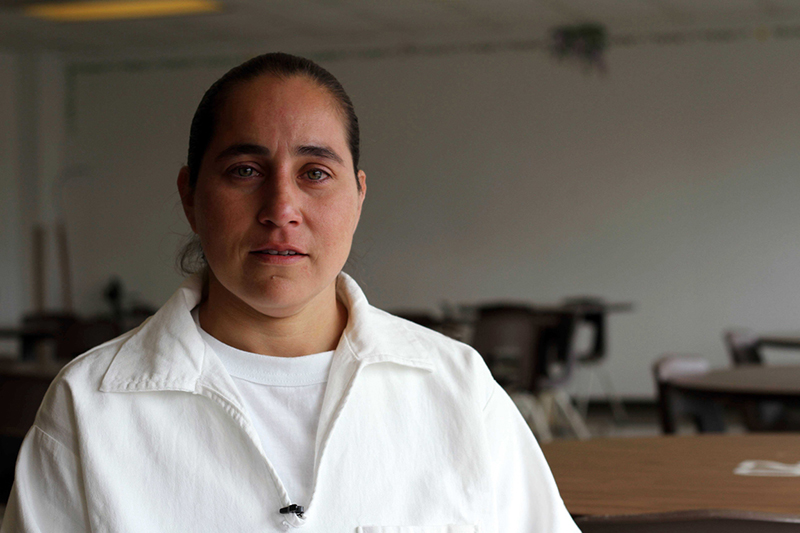 Damn These Heels Film Review: Southwest of Salem: The Story of the San Antonio Four

Southwest of Salem: The Story of the San Antonio Four

During last year’s Damn These Heels Film Festival, I reviewed Blair Dorosh-Walther’s gut-wrenching documentary Out in the Night, which recounted a witch hunt that led to the unfair imprisonment of four lesbian friends in New York. Southwest of Salem tells a shockingly similar tale of a trial that took place in San Antonio back in 1994. Both cases involved four lesbian women of color, and both cases clearly demonstrate how conservative mob mentality can hijack the criminal justice system.

The women in Southwest of Salem—Anna Vasquez, Elizabeth Ramirez, Cassandra Rivera and Kristie Mayhugh—were an equally tightknit group of friends living in Texas when a trumped up charge of sexual assault against Ramirez’s nieces finds them on the wrong side of the criminal justice process. Esquenazi’s straightforward documentary filmmaking takes the audience through the entire process, from the charge that was originally raised by Ramirez’s brother-in-law Javier Limon to the frenzied prosecution that aggressively contrived a connection between the four women’s lesbianism and a satanic death cult.

It’s a chilling look at the tail end of the occult-based paranoia that swept through the country throughout the late ’80s and early ’90s, which, coupled with the general public’s ignorance regarding the LGBTQ community, led to several contemporary witch hunts. When Vasquez recounts the first conversation with her lawyer, who decides to fight the case even though they could see no chance of winning, it’s hard not to think back to the lessons that we learned in Harper Lee’s To Kill a Mockingbird—except that it’s 2016, and there are a whole mess of people who swear that discrimination no longer exists within a court of law.

Perhaps the greatest tragedy that is captured in Southwest of Salem is the fact that all four women were positive that, if they cooperated with law enforcement, they would be released from the charges. The reality is that all of them lost huge spans of their lives because they told the truth, which did nothing to prevent them from going to prison for a crime that they didn’t commit. As the interviews progress, we can see how badly their faith in the criminal justice system has been shaken, which makes their eventual plea for full exoneration even more heroic. This pain isn’t limited to the convicted women—the lives of their friends and loved ones are also irrevocably altered, and all of it is captured within the film.

Esquenazi assembles her footage and artifacts with objective skill, letting the interviews and court transcripts speak for themselves. There’s nothing preachy or overbearing here—she simply sheds light on a story that has not gotten enough exposure.

Taking this film and Out in the Night together, it’s frightening that such clear violations of human rights can be perpetrated in the early ’90s, only to be repeated in 2006. Both films serve as proof that it’s morally wrong to let that witch-hunt insanity into the courtroom, and that there are far too many pockets of the U.S. where someone’s racial background and/or sexual orientation can be used as evidence to convict them of a crime. With such subtextual discrimination still at work within many of our country’s public offices, hopefully documentaries like Out in the Night and Southwest of Salem will continue to raise awareness for these problems that still continue to prey upon our marginalized communities. –Alex Springer