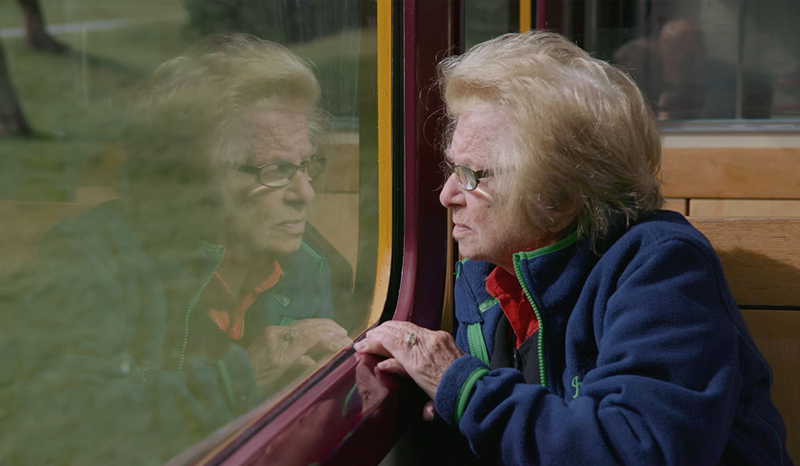 With an instantly recognizable, raspy German accent, 90-year-old Dr. Ruth Westheimer is “America’s Sex Therapist,” giving advice on love and sex on television and radio since 1981. Her endearing, unabashed approach toward topics ranging from how to achieve orgasm to how to practice safe sex has made her one of the most recognizable and approachable sources of sex education for many Americans since her time on the air. Her popularity stems from her willingness to talk about topics that can be considered taboo, especially in such a public spotlight. In turn, she has opened up the discussion of healthy sexuality to more people who might not have had that education otherwise.

Ask Dr. Ruth explores both the public and private life of Dr. Ruth, meshing her childhood at an orphanage in Switzerland as a Jewish refugee, to her sexual awakening as a teenager living in Palestine to her eventual move to America where she gained fame, found love, and raised her family. While a good portion of the film was dedicated to Dr. Ruth’s life in Switzerland, the documentary doesn’t follow the events in Dr. Ruth’s life in a linear fashion, instead presenting some of her old memories, many of which are animated, and cuts those scenes in-between scenes in the present-day. For me, this approach was effective in getting Dr. Ruth’s candid insights about what she learned, how she grew from her struggles, and how each event has impacted her life.

One particular scene follows Dr. Ruth as she visits Yad Vashem, (The World Holocaust Remembrance Center), in Israel, researching what happened to her parents after she lost contact with them during the Holocaust. She is able to find out that her father was killed and her mother “disappeared” before the end of the war. The anguish and dismay on her face is apparent, especially after learning about the fate of her mother, though she tries to put on a brave face because she is in public. The film shares a moment of Dr. Ruth writing in the guest book on her way out of Yad Vashem, thanking them for the work they do, and remarking that she will probably cry later when the cameras are put away and she is alone. Personally, it was interesting to see this woman, who is so open about sexuality, be very private about the sorrow and tragedy she has experienced in her life.

Personally, I loved that the filmmakers chose to highlight the quirks about Dr Ruth’s personality, such as her tendency to always have a tall, handsome man on her arm or the fact that she has lived in the same apartment for 56 years because she feels at home in her Washington Heights, Manhattan neighborhood with other immigrants. However, I feel as though certain instances of Dr. Ruth’s life were eclipsed by others in the film, and that may simply just be because she has accomplished so much throughout her life. The documentary highlighted clips of Dr. Ruth rejecting the idea of “normal” sex, giving homosexuality a validity that wasn’t commonplace in the media before the ’80s. However, I would’ve liked to see more about her efforts to address the AIDS crisis, as this was touched on a few times throughout the film but never fully explored.

Ultimately, Ask Dr. Ruth balanced the lighthearted, charming, humorous side of Dr. Ruth with some of the darker elements of her past in a way that was captivating and entertaining. Through learning about Dr. Ruth, there was a lot that involved learning also about the history of the Holocaust, feminism, and how American culture ultimately embraced sexuality as put forth by Dr. Ruth. Ask Dr. Ruth offered a unique glimpse into the personal life of a woman who has made a gigantic impact on pop culture and sexual liberation. –Ali Shimkus