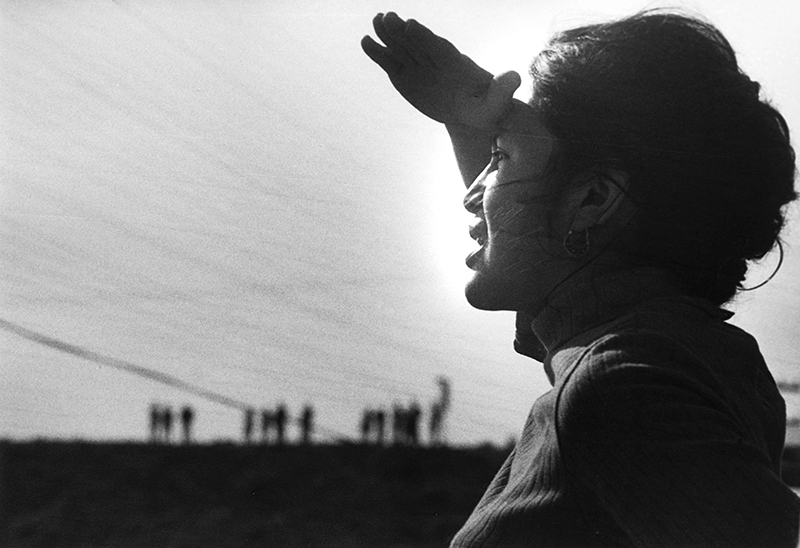 Dolores Huerta appears in Dolores by Peter Bratt, an official selection of the U.S. Documentary Competition at the 2017 Sundance Film Festival. Courtesy of LeRoy Chatfield | photo by Jon Lewis.

It takes a certain touch to make a documentary a riveting and standout film at Sundance, and Dolores has it. Dolores examines activist Dolores Huerta’s career as an advocate for farmers rights and the crucial role that she played in establishing legislation to protect them. Often erroneously considered to be a sort of sidekick to Cesar Chavez, Huerta organized many workers in order to create momentum for change on a national scale as a member of the United Farm Workers (UFW) and beyond. The documentary notes her penchant for holding home meetings with people in order to motivate them to strike. She lived with them in the campos of California and taught her 12 children the importance of living with the people whom she fought to protect, as Gandhi did.

Unfortunately, many (men) criticized Huerta for having 12 children and leading the life of an activist on the patriarchal premise that she would better serve her kids at home. Throughout her lifetime, Huerta let these trivial jabs roll off of her and focused on what was important: ensuring that workers would have access to water at worksites, protection from having to work in areas with deadly pesticides like DDT, opening up the the conversation for undocumented workers to be able to fight for basic human rights in the U.S., etc. Huerta helped propagate the boycott of grapes in the ’60s as a way to challenge growers who would not allow workers these standards in their work lives. The boycott spread from California to New York City as Black activists recognized their common struggles and picketed in tandem. What’s more, Huerta inspired her Chicano and Mexican-American comrades to take pride in their heritage and to assert themselves against racism and American-hegemonic projections of inferiority.

Huerta participated in an intersectional national dialogue with all sorts of activists from different backgrounds. She and her cohorts resonated with the woes of all underserved populations, and she earned recognition from politicians like Robert Kennedy who sought to advance their cause. Upon Chavez’s sudden death, however, Huerta’s assertive tactics came at odds under new UFW leadership. She soon resigned, and the community viewed it as shocking as Chavez’s untimely passing.

That notwithstanding, Huerta has continued a life of organizing, activism and public service. This Carlos Santana–produced film honors Huerta’s legacy and her as a tenacious personality with a commanding voice. Even at 86 years of age, Huerta beams with vitality. She participated in the SLC screening’s Q&A at the Salt Lake City Library Theatre with the same pep and enthusiasm as the film’s footage of her in the late 1960s.

Dolores distinguishes Huerta as a leader while acknowledging that history often erases women—and it resists that proclivity defiantly. Hopefully, Dolores reaches a wide release and distribution. This film is a crucial document of American history. It educates and informs. It compels us to sustain action against inequity. Dolores humbles us with Huerta’s service for people in need. It shares one story in the American fabric, which implores us to respect each of its narrative fibers. Most of all, Dolores illuminates Huerta as a role model for women everywhere—and for that matter, people at large. This film provides a preliminary monument to Huerta. It will spiritually energize you. Please watch Dolores if and when you can! ¡Sí se puede! –Alexander Ortega