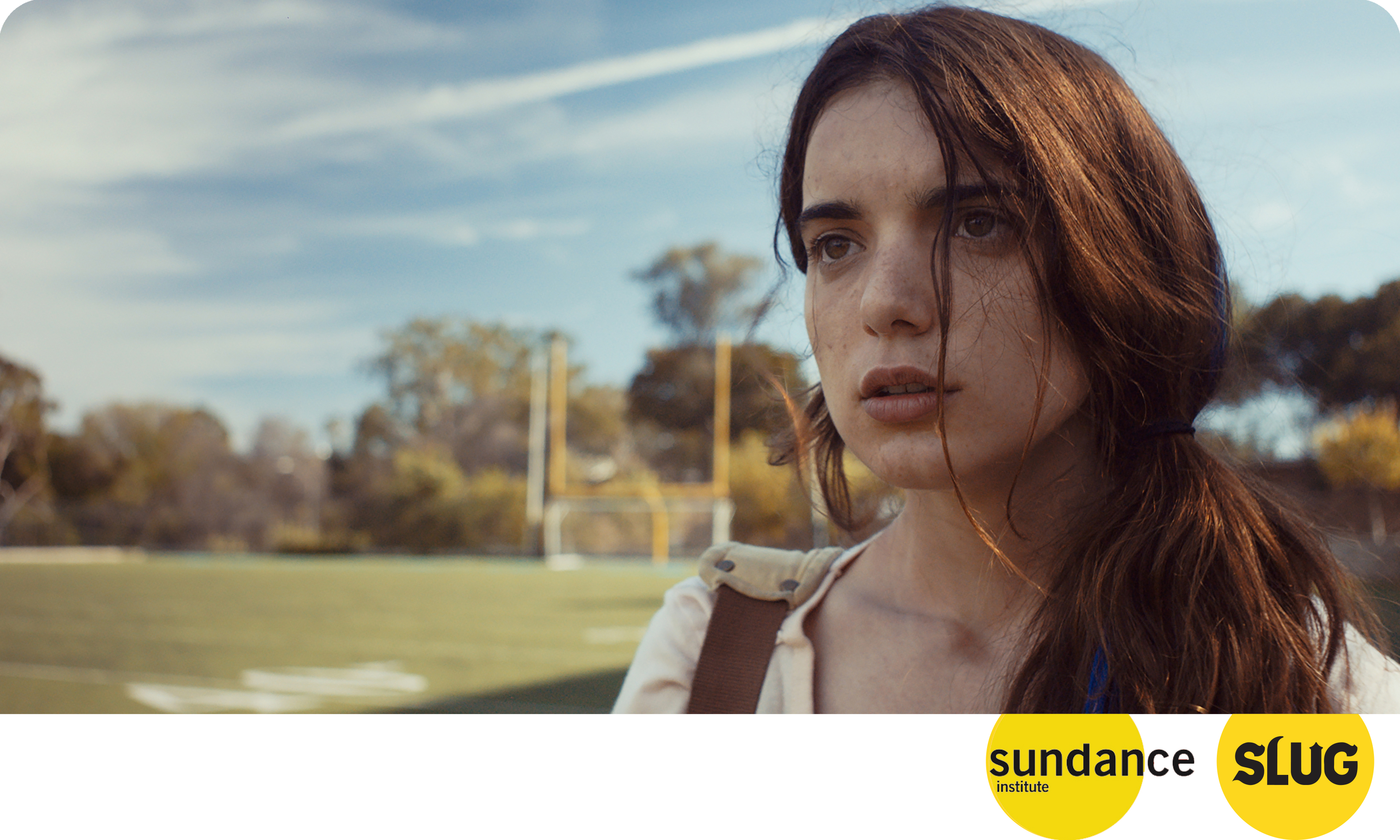 First Girl I Loved principally follows protagonist Anne (Dylan Gelula), a sharp high school senior who has discovered a budding yet invigorating attraction for Sasha (Brianna Hildebrand), a girl on their high school’s softball team. Once Anne musters up the courage to come out to her best friend, Clifton (Mateo Arias), however, Clifton’s own romantic feelings for Anne convolute her initial mission to confide in him once he reacts angrily to this news. A part of what was supposed to be an exciting secret from Anne to Clifton is that Anne has feigned a need to interview Sasha for her yearbook class, and has begun to unearth Sasha’s reciprocated but masked attraction to her. The two young women text each other incessantly and slowly come out to each other in the process. Contrary to Anne’s forthright approach to wooing her, though, Sasha raises her defenses quickly after Anne accesses her heart, amid social pressure to appear straight in normative teen culture. Meanwhile, Clifton performs vengeful acts against Anne, such as stealing her bike and asking Sasha out on a date.

Director Kerem Sanga successfully employs a “fugue-like” screenplay to narrate First Girl I Loved, wherein each character accesses their memory of events—which transpire partially, at first—to then complete a scene retroactively via a subsequent scene. For example, Clifton confesses to his guidance counselor that he had sex with Anne without her clear consent, which leads up to Anne’s disclosure that she is attracted to a girl. This completed scene occurs after Clifton has harassed Anne to the point where she attacks him with the very wire cutters he used to cut her U-lock to steal her bike. The emotional resonance of the entire scene that Clifton accesses later on exponentiates as it fully unfolds.

Sanga characterizes Clifton as a bro-y dunce. Rather than ascribing him to a malicious-villain archetype, his emotional and mental immaturity evinces societal and developmental problems instilled in the straight, cis-male psyche: possessive attitudes toward women, ignorance regarding sexual consent and anger when sexuality centers on lesbian relationships and decenters from cis-male–dominant heterosexuality. Sasha, in turn, grapples with the role that she feels pressured to play among her peers on the softball team, and disavows the bond she’s created with Anne. Gelula and Hildebrand convincingly perform their high school–aged characters as they wax and wane through adolescent joking, vulnerability and injured pride. Arias, additionally, executes his character to a T. Though Hildebrand’s and Arias’ scant dialogue with each other plays out a bit stiffly, each actor’s performance in their scenes with Gelula establishes a meaningful emotional foundation to mobilize the story.

First Girl I Loved presents more than Anne’s coming of age. Beyond the social commentary that comes to the fore, Sanga’s storytelling subtly and effectively allows her to relate to my inner teen. Sanga doesn’t overly sentimentalize Anne, and Gelula deftly elicits empathy from my teenage self with her performance. The awkward but fun jokes that Anne makes with Sasha in a faux European accent about smoking cigarettes, and her self-imposed, dejected exile in a packed yearbook classroom recalls the inwardly tumultuous nature of being a teenager. Anne’s sarcastic interactions with her mother, Sharon (Pamela Adlon, Louie), further compound her trajectory through her feelings for Sasha. I’m not fully convinced that Anne “loves” Sasha, as the film’s title suggests—it’s more teenage puppy love. Despite this dynamic, Anne’s desire for Sasha—especially in light of its queerness—ultimately becomes all that matters, and it works, because we’ve all been there in some capacity.

Being in Sundance’s “NEXT” section (read: structurally experimental and not likely to see broad circulation), First Girl I Loved touts a nontraditional narrative structure—which is just one reason why you should see it. The events that take place in the plot aren’t uncommon nor particularly noteworthy by themselves. The sensations that First Girl I Love generates through the fugue storytelling device, however, communicates their urgency and gravity.