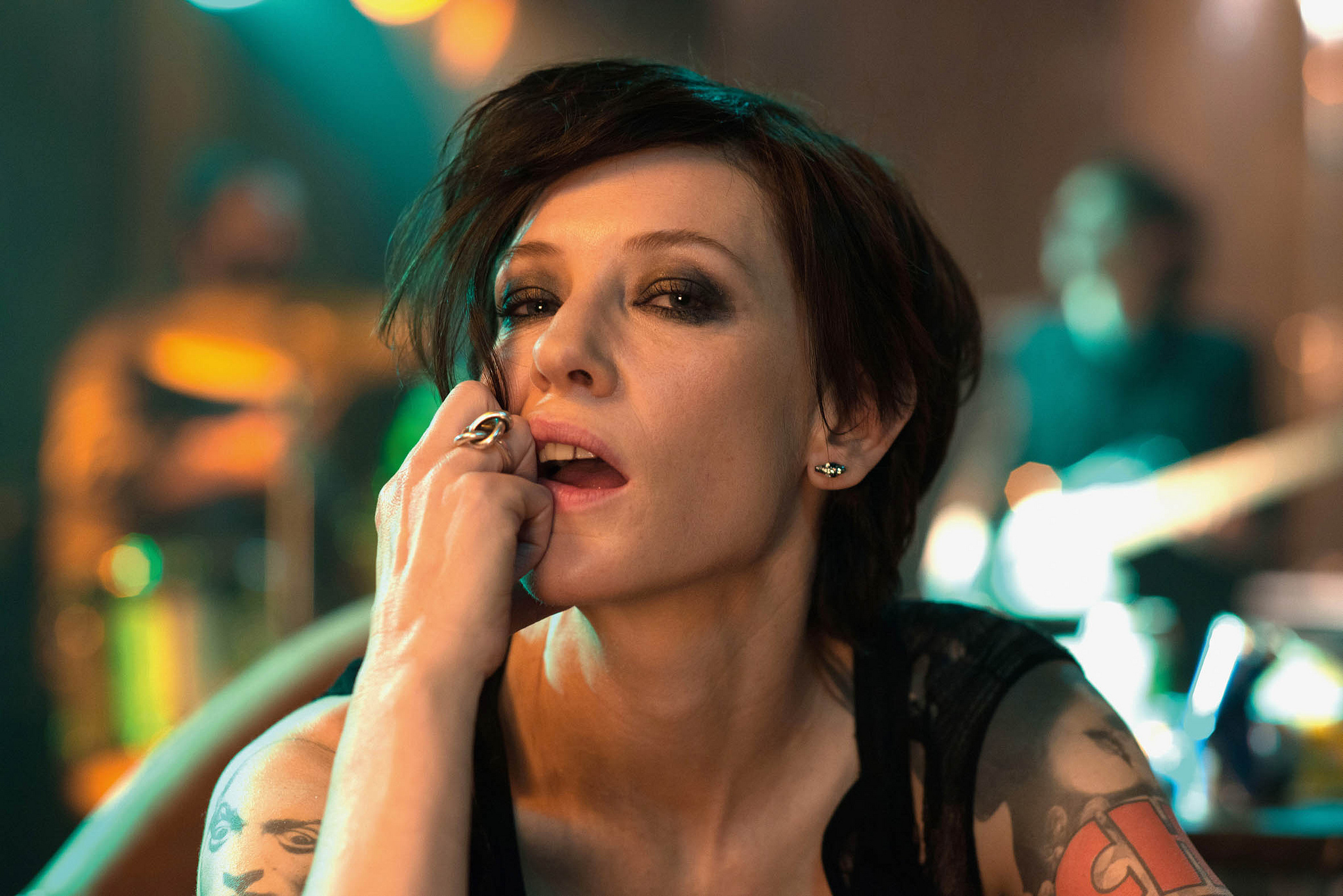 Cate Blanchett appears in Manifesto by Julian Rosefeldt, an official selection of the Premieres program at the 2017 Sundance Film Festival. Courtesy of Sundance Institute | photo by Barbara Schmidt.

In Manifesto, Cate Blanchett takes center stage to pay stunning homage to some of the most emphatic declarations of 20th-century art and art history. Director Julian Rosefeldt gives Blanchett 13 different roles by which to assert these art manifestos, encouraging audiences to examine how these truths hold up in our contemporary world. In each installment, Blanchett recites and brings to life a compilation of countless artists’ words regarding various art movements—Dadaism, Futurism, Constructivism and so on.

At the beginning, large white text speedily flashes across the screen with artists’ names and words. A few stand out and resonate throughout the film, including Kazimir Malevich’s “Art requires truth, not sincerity.” Soon after, we meet Blanchett’s first character: an old, hunched-over, bearded rambler who bares his dirty teeth as he utters Karl Marx and then howls to the sky a Situationist declaration: “The role of the artist can only be that of the revolutionary.”

Rosefeldt plays architect for Manifesto, conceptualizing and constructing various stages for Blanchett. His characters manage to be both generic and specific, and some moments are more whimsical, ironic or even hilarious than others. Each situation is perfectly suited for its respective manifesto, recited by Blanchett’s impassioned characters or in her voiceover. Blanchett launches from trash-compacting factory worker (“Hurray for everlasting architecture!”) or a well-to-do socialite to a chic but tough choreographer or a sloshy, tattooed punk. Rosefeldt brings a keen eye to Manifesto, lingering on especially exquisite scenes and toying with patterns and framing. In one long, continuous, beautifully styled shot, Rosefeldt gives us a look at Blanchett as puppeteer, as she creates a puppet version of herself with which to deliver her manifesto.

Notably, Manifesto was created as an art installation, in which all 13 scenes are played simultaneously, barraging viewers with this manifesto outpour. Made linear for Sundance audiences, Manifesto still shines and keeps audiences transfixed, despite its nontraditional narrative. Of course, some scenes compel the casual observer more than others do. At a funeral, Blanchett offers a Dadaist manifesto for a eulogy, shrilly intoning to the mourning attendees, “Dada is shit. But from now on, we want to shit in different colors.” As a seemingly unassuming mother, Blanchett sets up a table with an impeccable-looking meal. After assembling her three young sons and her husband, she leads them in an extremely lengthy prayer to Pop Art, pulling heavily from Claes Oldenburg. In a hilarious, Sol Lewitt–filled exchange, a red-haired, American television anchor—played by Blanchett—volleys conceptual art–isms back and forth with her on-site news reporter—also played by Blanchett. And in one of the final scenes, Blanchett plays a schoolteacher who channels the likes of Jim Jarmusch and Lars von Trier as she recites a manifesto (including the rules of Dogme 95) to the children while they doodle away.

Shot in only 12 days, Manifesto takes place in unexpectedly breathtaking (but fittingly unrecognizable) locations around Berlin, scoped out by production designer Erwin Prib. Costume designer Bina Daigeler outfits Blanchett perfectly for each of her diverse roles, while Nils Frahm and Ben Lukas Boysen’s musical score is as engrossing as are the manifestos they accompany.

In Manifesto, it matters less to Rosefeldt who said it. Instead, he is concerned with the conviction by which these schools of art and thought speak their truths. Here, Rosefeldt and Blanchett stunningly string these manifestos together and bring them into our contemporary world. They maintain the manifestos’ spirit: the emotion, the tenacity, the certitude. For each of the countless texts that Manifesto incorporates, the film brushes off the thick layers of dust and peels away the layers to get to the core truths—to the poetry of each text. –Kathy Zhou